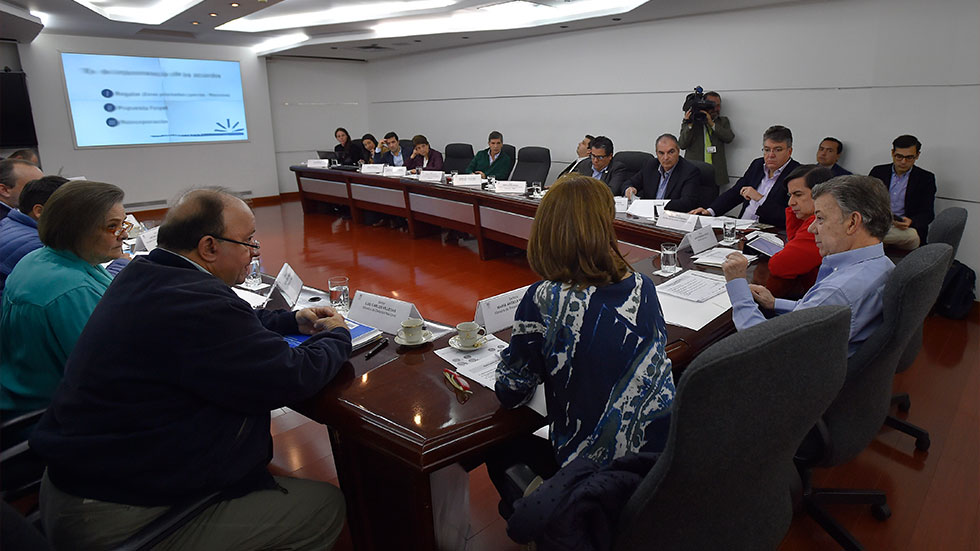 Colombia President Juan Manuel Santos on Saturday installed a “Post-Conflict Cabinet” that within the administration will be responsible for carrying out peace building policies.

With the exception of incoming Vice-President General Oscar Naranjo, who is set to replace outgoing VP German Vargas, Santos held the first meeting with the members of the cabinet-within-the-cabinet.

The post-conflict cabinet consist of ministers whose departments have to do either directly or indirectly with the implementation of the peace deal signed with the country’s largest rebel group FARC last year.

Apart from the rebel group’s agreement to demobilize and disarm, the peace accord contains far-stretching policy changes that seek to tackle the causes and aggravators of political violence and war that has had Colombia in its grip for more than half a decade. 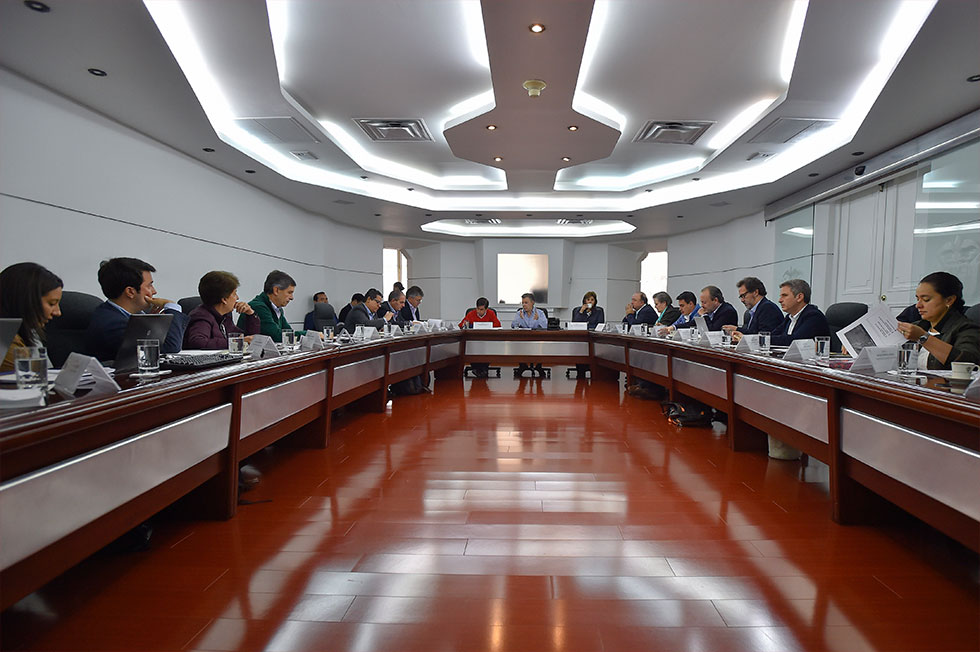 While installing the so-called post-conflict cabinet, Santos told the ministers “what we have to do is to articulate and coordinate well, follow up [on the peace deal] as swiftly as possible so the people begin to feel the effects of peace, the effects of post-conflict.”

These effects would be felt most on the countryside where the war with the FARC has waged hardest since it began in 1964.

In order to reduce the conflicts of political violence, the government will implement political reforms that facilitate the inclusion into politics of leftist political forces who for decades have been victim of political exclusion and mass killings.

Additionally, the government has vowed to combat ongoing ties between the country’s political elites, drug traffickers and paramilitary death squads.

In order to reduce suffering on Colombia’s impoverished countryside, the birthplace of guerrilla groups like the FARC, the government has promised major investments in the the rural economy and infrastructure.

Last but not least, a transitional justice system will have to be put in place to seek justice and reparation of the country’s approximately 8 million war victims.

The entire peace process that should lead to the political normalization of the country is expected to take 10 years, but is challenged by powerful political forces, some of whom could expect prison for their complicity in war crimes and crimes against humanity.