Colombia Reports is a non-profit website that reports from Colombia for a global audience. We are independent and not affiliated with or interested in any political or social purpose other than the freedom of press.

The not-for-profit website was founded by journalist Adriaan Alsema in 2008. The Dutchman has been the website’s editor-in chief or “enfant-terrible-in-chief” since.

From our home base of Medellin, we reach approximately 150,000 unique visitors every month, the vast majority from North America and Europe.

We have gratefully received ample international recognition. We have been cited by major media outlets such as the New York Times, BBC, CNN, The Huffington Post and Fox News. Additionally, our reporters have contributed to television reports by BBC World and CNN.

Our content is syndicated by BBC Monitoring and Dow Jones Activa.

Colombia Reports is not-for-profit, because we want to be independent from commercial interests as much as we want to steer clear from political interest.

We primarily want to contribute to an informed public debate and provide context on Colombia for a global audience. This way, we believe, citizens abroad are more aware of what is happening in our part of the world and will have increased access to both accurate facts and appropriate context.

Secondly, we hope to provide relevant facts and context for decision makers in both the public and private sector.

Our ever-changing team is made up of enthusiastic volunteers, professionals, aspiring journalists and photographers interested in contributing to independent journalism in Colombia.

Colombia Reports is syndicated by 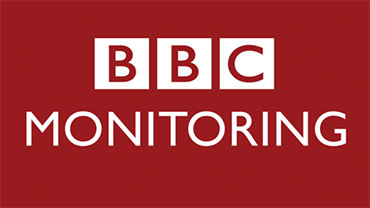