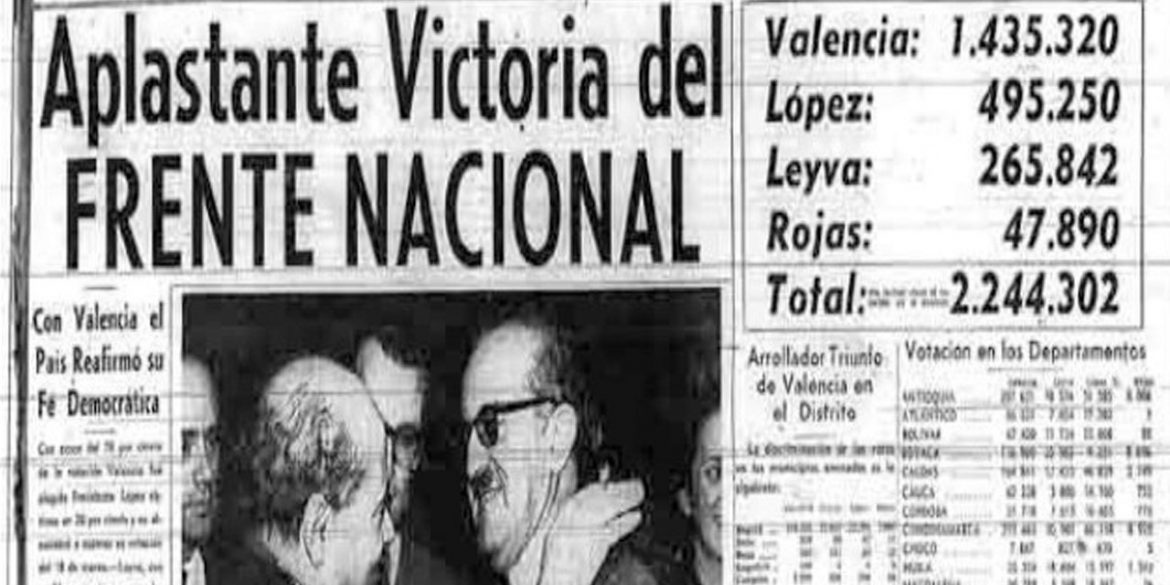 With Colombia’s peace talks back on track, the country is looking at what has caused the 50 years of violence that according to the government has left almost a million dead. One of the recognized causes is a political exclusion that is older than the country itself.

According to Father Fernan Gonzalez, a well-known historian and conflict analyst, “Colombian society has not established a consensus on the nature and origins of the armed conflict.”

Many believe that the conflict with the Revolutionary Armed Forces of Colombia (the FARC), along with the handful of other armed leftist insurgencies that have existed throughout the last 50 years, can be attributed to the individual choices and actions of these groups seeking wealth and power.

Most historians and conflict analysts, however, would posit that there exist structural factors – for complex historical reasons – that have created an environment which is conducive to violence and armed conflict.

Accepting the first theory requires little to no historical background or analysis in order to think of possible solutions for dealing with armed groups challenging the state. Seeing the groups as entirely illegitimate, the obvious course of action would be to confront the rebels militarily.

This strategy has been central in the Colombian state’s attempts to rid itself of the FARC for 50 years. It has failed. Attempts to negotiate an end to the conflict – including the current peace negotiations in Havana – are actually implicit recognitions that there are deeper roots to the conflict which cannot be addressed with force.

Thus, these articles on the relevant history and dynamics of Colombian society will be written based on the assumption that there are structural factors which have produced so much violence over such sustained periods.

Though the current armed conflict is traced back to 1964 when the FARC was created, it is necessary to examine Colombia’s political history which led to this moment.

Since the birth of the state in the first half of the 19th century, Colombian political life has been dominated by two political powerhouses: the Liberal Party and the Conservative Party.

The parties and their ideologies began to crystallize back in the 1840s. While both were dominated by elites, each had its own characteristics.

The Conservative party has always maintained a close relationship with the Catholic Church and believed it to be central to the social fabric of Colombian society. Its members came from the wealthy landowning class which favorited a centralized state, hierarchical in nature, in which different classes played their respective roles in society.

The Liberals tended to come from the merchant class, favoring a decentralized state, international trade, and the development of Colombia’s competitive advantage in export-based agriculture. Through their contact with the outside world, particular the US, Britain, and France, the party’s worldview was influenced by enlightenment values and liberal traditions about rational individuals. The party thus ended slavery and supported the separation of Church and State.

It is worth noting that, after more than a century and a half, the ideologies of the two parties have to a large extent remained intact.

While there were real differences between the two parties, one commonality upon which there is much agreement is that neither represented the interest of the masses of Colombian society. This is one element of the political exclusion that has contributed to the Colombian conflict.

The Liberal party came to dominate the third quarter of the 19th century (1850-1875), which, as historian Charles Bergquist has pointed out, also coincided with the tobacco boom, provide the government revenue to legitimize its laissez-faire economic policies.

The Conservatives were able to regain power by the mid-1880s, deciding to do away with a Liberal constitution written in 1863 and writing a new one which was to remain in place for the next 100 years.

The 1886 constitution, written under the Conservative administration of Rafael Nunez, was a central aspect of what is known as the Regeneration. It was a series of reforms that institutionalized many of the Conservative party’s values and paved the way for political strife for the next half-century. The state was centralized, with great authority being granted to the president to deny political rights to those he deemed as threatening public order.

As scholar James E. Sanders wrote in his book Contentious Republicans, the “end point of Regeneration was order and progress, but this could be accomplished only by severely reducing the political space open to subalterns.” Part of Sanders’ argument is that the wealthy elites of both parties blamed popular political engagement of the lower classes for the country’s economic woes and general social disorder. The centralization and consolidation of the Conservatives, then, was a reaction to that.

In practice the Regeneration amounted to the virtual exclusion of the Liberal party from politics, which lasted for the next 44 years.

Since that period, the two parties wielded power in the same way; in the words of political scientist Juan Camilo Arias, the “political party has been confused with the state.” Instead of seeking to build consensus and accommodation with political opponents, the state was seen as a tool to be used by the party in power.

For the four decades known as the Conservative Hegemony, the animus bellum, or the “will for war,” built up. 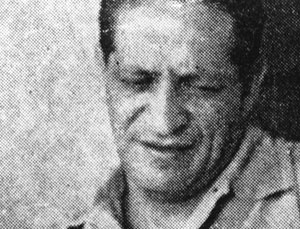 As a charismatic and nationalist leader, Gaitan was a promoter of land reform and social inclusion, positions which fell outside the narrow politics of the two dominant parties. His assassination led to an eruption of violence the capital city known as the “Bogotazo” in which thousands were killed.

The details of his killing, including its authors and their motives, remain murky, but few doubt that his then-radical political platform led to his ultimate demise. The hope of a some sort of political opening through which the population might be able to participate in the democratic processes was crushed.

The next decade, known in Spanish as “La Violencia,” was the most violent in Colombian history. The Liberal and Conservative parties formed peasant militias which brutally slaughtered their opponents. It was the context in which Manuel Marulanda, a militant who fought in a Liberal militia, would eventually align himself with the Communist Party and go on to found the FARC.

More than 200,000 were killed in the partisan battles before a political agreement was signed in 1956, taking effect in 1958.

The National Front exemplified perfectly the nature of the political exclusion which has left millions of Colombian without representation in their own government.

Having grown tired of the brief – and only – period of military dictatorship by General Gustavo Rojas Pinilla in the country between 1953-1957, the two parties decided they would simply alternate power every four years over a 16-year period (1958-1974).

As journalist and author Bert Ruiz has written, “it formally excluded any third party from participating in the decision making in the country or in the share of power…in the view of the lower classes, the ruling elite had ignored the lessons taught by Gaitan: they still owned the presidency and the pueblo still had exclusivity over appalling poverty.”

While the National Front did end the massacres of La Violencia, it put severe limits on the formal aspects of Colombian democracy, however flawed they had been.

The conditions, then, were ripe for the creation of groups to challenge the authority of a state that was dominated by an elite seeking to maintain its power. Indeed, it was in this period when Colombia’s guerrilla movements were born: the FARC and the ELN in 1964, and M-19 in 1970.

With peaceful means of fighting for alternative policies being severely limited, these groups decided armed struggle was the only way to advance their cause.

Since the end of the National Front and the reinstitution of open elections, the two parties have maintained their dominance, though in slightly different forms. Particularly over the last two decades, power has oscillated between coalitions which include various splinter parties whose ideologies do not differ significantly from the Liberals or Conservatives.

The most significant split came before the 2002 presidential election when the Liberal Party lost two political scions, current President Juan Manuel Santos and current Vice President German Vargas, who are both descendants of Colombian presidents. They defected from the Liberals to support hardliner candidate Alvaro Uribe who had also left the party over a feud with the party’s 2002 presidential candidate Horacio Serpa.

Uribe won with the support of regional elites and with collaboration from the AUC paramilitary organization, rather than the institutional support of Liberal or Conservative parties. He came to be supported in Congress by the Conservatives and Vargas’ own party Radical Change.

In 2006, a fragmented political based was united under the Social Party of National Unity (U Party), formed by veteran Liberal and Conservative politicians who supported Uribe’s reelection. This same party led Santos to victory in 2010 and 2014.

Since the 19th century, Liberals and Conservatives have dominated the political landscape, and the exclusion of other significant forces in political should be seen as a central cause of the conflict in Colombia. Just recently, the FARC explicitly cited the phenomenon as such in a communique: “the most notable [cause of the conflict] is political intolerance, the persecution against those who pose alternatives to the current regime.”

And the FARC, along with their allies in Colombian Communist Party, learned this lesson the hard way. In the 1980s, as the group was negotiating a peace agreement with the government, they attempted to enter politics only have their party, the Patriotic Union, almost entirely physically annihilated by government and right-wing paramilitary forces.

Current peace negotiations taking place in Havana, Cuba, between the group and the government are attempting to address this exclusion, taking extreme care to create the security necessary for the FARC to leave their arms without a recurrence of the slaughter which accompanied their last attempt at peaceful politics.