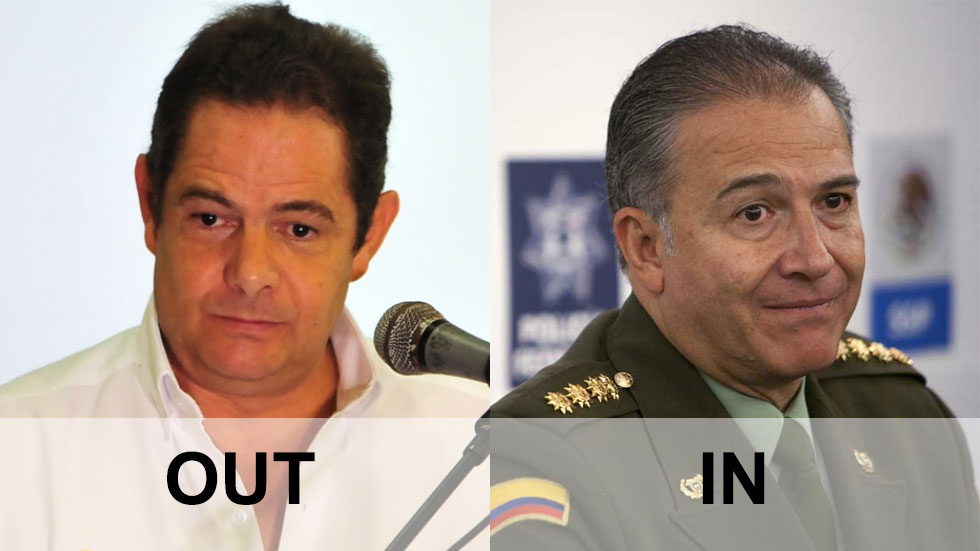 Colombia’s President Juan Manuel Santos named the country’s former police chief the country’s next Vice President after confirming after accepting the renunciation of the current VP.

Naranjo, who served as director of the National Police from 2007-2012 and as a peace negotiator involved in talks with the FARC rebel group, will replace German Vargas who will be stepping down, presumably to run for president in 2018.

Early in his career Naranjo was involved in the fight against the country’s prominent drug cartels, including operations that took down Medellin Cartel bosses such as Gonzalo Rodriguez Gacha, a.k.a. “El Mexicano” and Pablo Escobar.

Later, as director of the police force, he helped lead high profile operations against the FARC, including “Operation Jaque” in 2008 saw the extraordinary rescue of 15 hostages including former presidential candidate Ingrid Betancourt, and “Operation Fenix” which killed the FARC’s then-second-in-command “Raul Reyes” in Ecuador.

Given his involvement as a peace negotiator since 2012, Naranjo’s focus as VP will likely be on the implementation of the recently signed peace accords with the FARC, a process hardly touched by Vargas.

“General Naranjo, I’ll say again, has been a person who has participated significantly in the peace process, in other words its implementation will be much easier with General Naranjo as Vice President,” Santos explained.

“He is a person who did impeccable work as a plenipotentiary negotiator in the peace process and I am sure he will be a great Vice President replacing doctor German Vargas,” the President added.

“[He], for example on the citizen security front, has been perhaps one of the most important figures in recent years. He is the one who actually drafted the [new] Police Code that goes into effect next week.”

Former Vice President German Vargas, whose presidential aspirations have been no secret, is expected to step down in March, Santos indicated in the interview.

“[He] has done a great job, is a great performer and partner (…). I’m going to miss the Vice President but I hope he does very well in his political future,” the President said.

According to several opinion polls, many believe Vargas’ party, Radical Change, will endorse him to represent them in the upcoming presidential elections, El Tiempo reported.

To do so, Vargas must officially step down as Vice President at least a year before the elections, or no later than May 27.