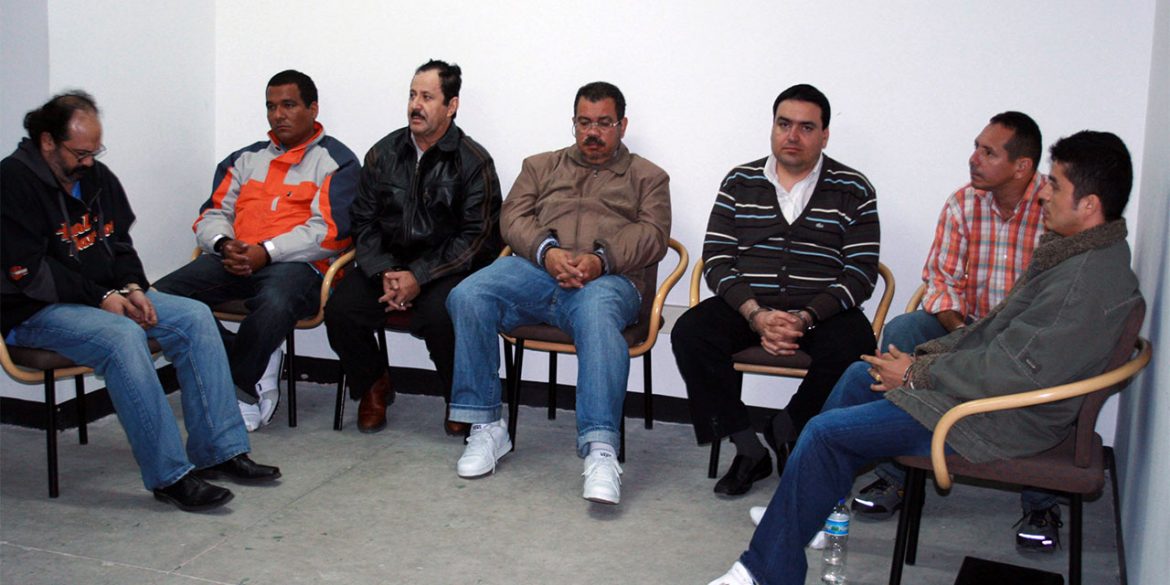 Santrich, one of the FARC’s long-time ideologues, was arrested on Monday on US charges he was directly involved in the planning of a major drug deal.

The charges are similar as in 2008 when Uribe claimed that “some” of the 13 extradited paramilitaries “returned to crime” after signing a peace agreement with the government in 2005.

The surprise extradition triggered a wave of violence in Medellin and the surrounding Antioquia province, the stomping ground of the paramilitaries.

The conditions surrounding the arrest of Santrich are very different though.

Unlike the extradition of the AUC chiefs, Monday’s arrest of the rebel leader was entirely legal and Santrich’s possible extradition will require the green light of both the war crimes tribunal and the Supreme Court.

This process could take months and is monitored closely by the United Nations. This reduces the chance of a panic reaction within the FARC.

Also unlike the AUC, the FARC did surrender a large number of weapons, which would complicate the quick rearming of units or a surge in guerrilla attacks. Also a paramilitary-like turf war is unlikely.

When Uribe extradited the paramilitary chiefs, tensions already existed between dissident group AGC and the Oficina de Envigado, the group that was led by extradited commander “Don Berna.”

It is likely that Santrich’s arrest further undermines guerrillas’ confidence in the peace process and further inflates dissident guerrilla groups.

A bigger concern would be the reaction of the FARC’s vast network of activists and militia members, thousands of whom have not taken part in the peace process and are unknown to authorities.

All eyes are now on the political party’s national leadership and mid-level commanders like “Romaña” and “El Paisa,” who are leading the reintegration processes of hundreds of former combatants.

El Paisa, an experienced commander, allegedly has a “Plan B” in case the government fails to comply with the peace process.

So far, however, the authorities have played by the book, which reduces the chance of rearmament or attacks.

The only thing that is certain is that the tensions surrounding Colombia’s peace process have increased while violence indicators were already going up.