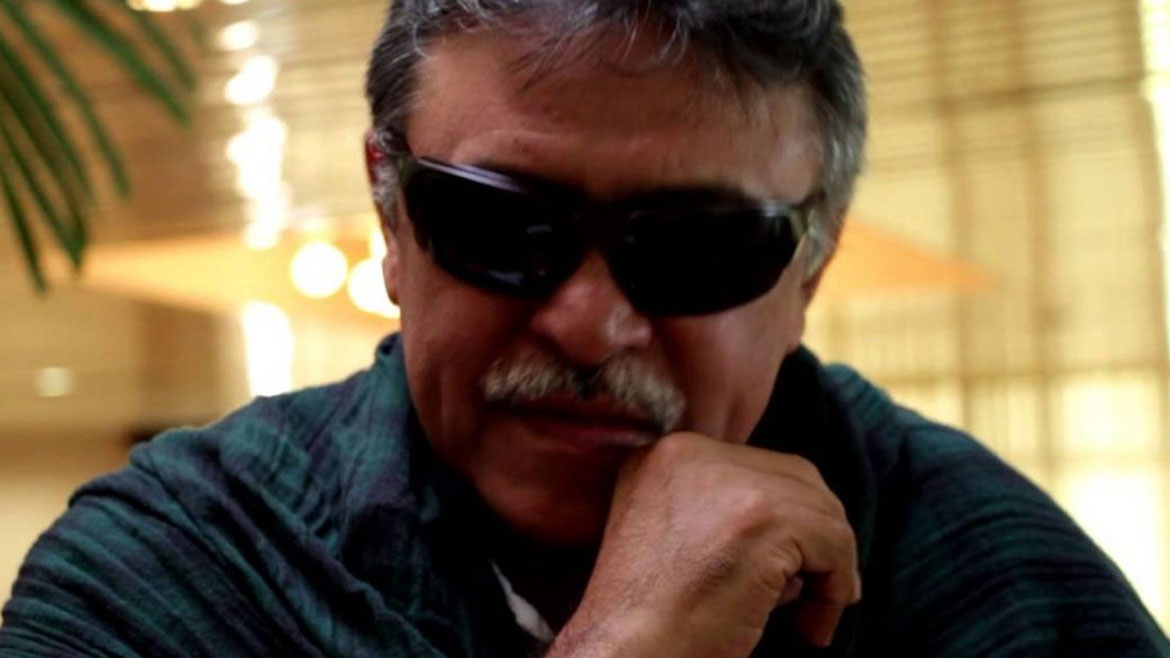 Seuxis Hernandez, a.k.a. “Jesus Santrich,” was one of Colombia’s most important guerrilla leaders and one of the composers of a 2016 peace deal between now-defunct guerrilla group FARC and the government.

Santrich was born in 1966 in Toluviejo, a town in the Caribbean Sucre province, and killed in Venezuela on May 17, 2021, two years after abandoning his country’s peace process.

From student to guerrilla

At age 16 he entered the Atlantico University in Barranquilla to study law. He graduated and continued studying Social Sciences, Education and History. While in university, Santrich joined the Communist Youth movement.

After leaving university, Santrich briefly became the ombudsman of the Coloso municipality.

He joined the FARC in 1988 amid a far-right extermination campaign of members of the leftist Patriotic Union party that cost the lives of thousands of activists and political leaders.

Santrich became one of the ideologues of the FARC’s 19th Front, which was active in the Caribbean region, and became a leading voice with the guerrillas’ “Voice of the Resistance” radio station.

While part of the Caribbean Bloc, the guerrilla leader became the right-hand man of Bloc commander “Ivan Marquez,” another former politician who took up arms in the 1980s.

Over the years, Santrich’ vision worsened because of a genetic illness. Over the past few years he has been wearing sunglasses and has said to be almost blind.

Santrich was one of the first members of the FARC’s peace delegation and was present at the formal beginning of talks in Norway in 2012.

After the talks ended and a peace deal was agreed with the administration of President Juan Manuel Santos, the former guerrilla leader took part in the three-party verification commission.

Santrich was the FARC’s delegate in this commission and in charge of monitoring alleged violations of the 2016 peace deal with the government and the United Nations.

As part of the agreement, the FARC was granted 10 seats in Congress for a period of two terms. The former guerrilla leader was appointed the leader of the Marxists’ faction in the House of Representatives after the group laid down its weapons in August 2017.

Santrich was arrested in April 2018 after a US extradition request based on a fabricated drug trafficking charge.

The US Department of Justice claimed the FARC leader took part in a conspiracy to send cocaine to the United States after the peace deal.

Colombia’s war crimes tribunal ruled in May 2019 there was no evidence to extradite the FARC leader and the Supreme Court ordered Santrich’s immediate release and investigations against former Prosecutor Nestor Humberto Martinez and the DEA.

Weeks after his release, the FARC’s former ideologue disappeared from a reintegration site in the northern Cesar province.

This initiative was dismissed by the ELN and further complicated by the Southeastern Bloc, a dissident group led by “Ivan Mordisco” and “Gentil Duarte,” who had rejected the peace process since before it began.

Colombia’s government and Nueva Marquetalia confirmed Santrich was killed in Zulia, a Venezuelan border state, on May 17, 2021.

According to Defense Minister Diego Molano, “intelligence sources” believed the FARC dissident leader was killed in an attack by a rival “criminal group.”

Santrich’s  group said that their founding member was killed in an attack by Venezuelan security forces.

If the FARC dissident’s claim is true, the Colombian government would never admit it as President Ivan Duque has been claiming that his Venezuelan counterpart Nicolas Maduro was providing a safe haven to FARC dissidents.