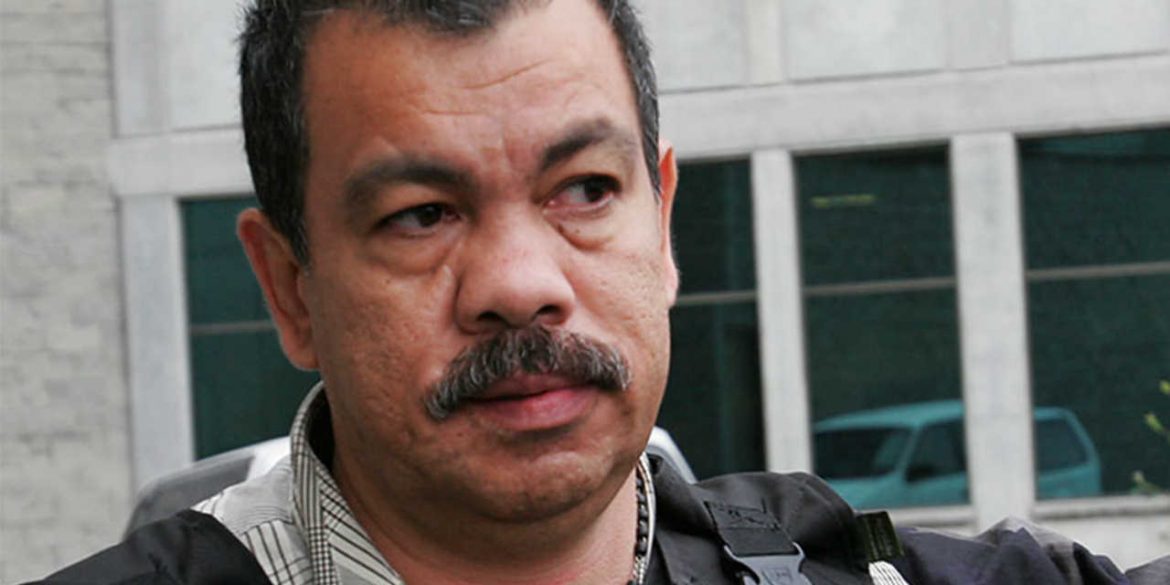 Diego Fernando Murillo, a.k.a. “Don Berna,” is probably the most important figure in the history of crime in Medellin after Pablo Escobar, his former boss.

The now-extradited paramilitary leader began as a guerrilla and ended as the heir of Escobar’s drug trafficking business in Medellin.

Berna was born in a city called Tulua in western Colombia where he became a member of the EPL rebel group, which largely demobilized in 1991.

After the group kidnapped a powerful figure in Escobar’s Medellin Cartel, the drug lord ordered his assassins to wipe out Berna’s EPL chapter.

Berna surprisingly escaped this massacre and, instead of fleeing, went to Medellin where he became a helper of Fernando and Mario Galeano, who were members of the Medellin Cartel.

Fernando Galeano was entrusted with Escobar’s business while he was in “La Catedral,” a self-built prison with an interior that looked more like a palace than a prison.

His former comrades at the EPL did not accept this move and tried to assassinate Berna. The assassination attempt failed, but left the guerrilla-turned-narco with a limp for the rest of his life.

But the EPL wasn’t Berna’s only problem.

Escobar’s chronic paranoia made him believe that Berna’s boss had stolen cash from the cartel and had him executed while on a visit to the Catedral.

The murder of his boss turned Berna and some of his close allies against Escobar and his Medellin Cartel.

Escobar escaped his own prison in July 1992 and began an extermination campaign among associates to reestablish what he perceived as lost control over Colombia’s drug trade.

In September, Berna met up with Fidel and Carlos Castaño, two other former associates of the Medellin Cartel, and formed the Pepes, short for “Persecuted by Pablo Escobar,” a paramilitary group that sought to kill the drug lord before he would kill them.

After the death of Escobar in December 1993, Berna took control of the drug lord’s army of assassins in Medellin, a syndicate of gangs and militias that would later become known as the Oficina de Envigado.

The Castaño brothers formed paramilitary group ACCU to fight left-wing guerrilla groups that had risen with the cartels thanks to exploded cocaine trafficking profits.

Berna used the profits made from drug trafficking to expand the Oficina and again teamed up with Castaño in 2001 to form the Cacique Nutibara Bloc (BCN), effectively integrating the Oficina in the Self-Defense Forces of Colombia (AUC), a collection of paramilitary groups formed by Carlos Castaño in 1997 after his brother’s death.

The BCN had strong ties to Medellin’s local business and political elite and, like the Pepes and according to locals, took part in a 2002 military offensive led by then-President Alvaro Uribe and Mayor Luis Perez to rid the city of leftist militias linked to groups like the FARC and ELN

The BCN teamed up with fellow-AUC member Bloque Metro, led by “Doble Cero,” a paramilitary by conviction who rejected Don Berna’s involvement in drug trafficking.

Once the leftist militias were removed from the city, the BCN declared war on the Bloque Metro and incorporated its members to obtain full control of the city’s underground.

After the war and amid demobilization talks between the AUC and the Uribe administration, Berna officially demobilized the BCN in late November 2003.

However, to make clear he was still in charge of the city and to celebrate his victories over opponents, the paramilitary crime lord ordered all gangs to celebrate his reign on December 1, ironically the birthday of Escobar.

This annual display of fireworks, called the “Alborada,” is celebrated in Medellin until this day and has become part of the city’s Christmas ritual.

Berna ruled Medellin’s underworld with an iron fist, but with splendid political sensibility. Funding the gangs with the profits of his drug trafficking business, he helped lower the city’s homicide rate.

Berna was arrested in 2005 and extra-judicially extradited to the United States in 2008.

According to the New York Times, US prosecutors were not interested in a plea bargain that would force Berna to confess his crimes and give up his accomplices. Instead, he was sentenced to 31 years in prison.

His extradition spurred a major turf war between rival factions of the Oficina that killed thousands in just two years.