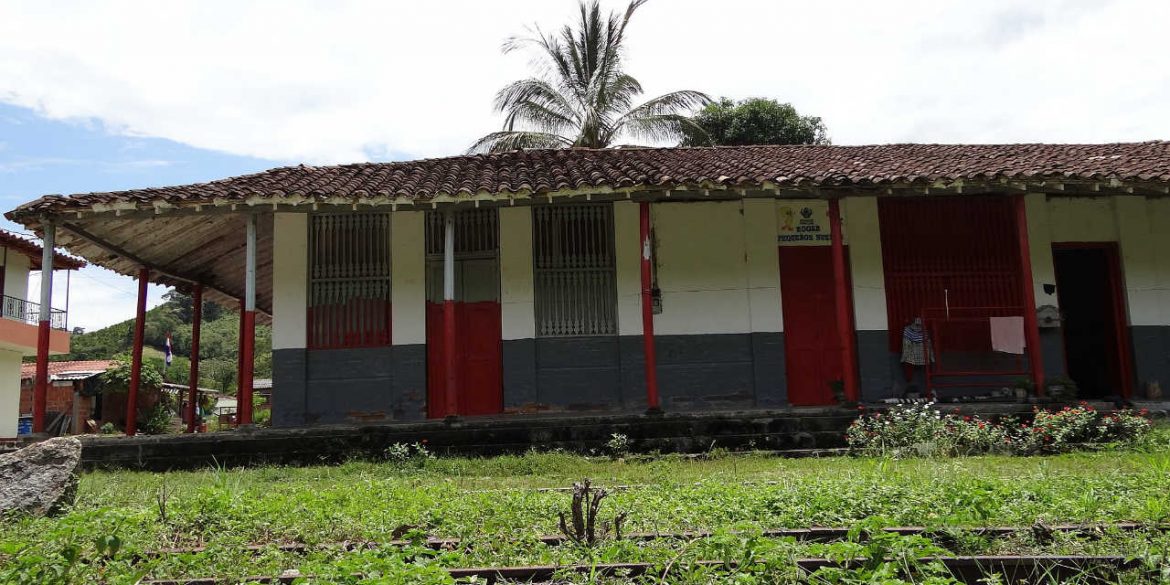 Antioquia is Colombia’s most populated province and the country’s largest economy after Bogota’s capital district.

The province has approximately 6.5 million inhabitants of which more than half live in the metropolitan area of Medellin, the provincial capital.

Antioquia owes its relatively prosperous formal economy to a long history of international trade in coffee, textiles, gold and flowers.

Archaeologists have found evidence that the region now called Antioquia was first inhabited by humans around 13,000BC in the northern region and 8,000BC in the mountainous south of the province.

The region traditionally was inhabited by tribes belonging to the Caribe and Chibcha peoples.

The Spanish arrived in 1501, under the leadership of Rodrigo de Batistas.

The conquistadors used the northern Uraba region as base to explore, conquer and exploit the area and its riches. In Uraba, the state’s first city, Santa Maria la Antigua del Darien was founded in 1510. The conquistadors later lost their interest in the city, which has since disappeared.

There are several explanations of how the Spaniards gave name to Antioquia, but the most likely is that the name was derived from the ancient Turkish city of Antioch, now called Antakya.

Antioquia’s first formal governor was Gaspar de Rodas. He was appointed by the Spanish crown around 1540, a year before discovering the Aburra Valley where Medellin now is located.

The current capital was not founded until 1616 and it took two more centuries for the town to become capital of Antioquia.

The native population was decimated within decades; more than a million people were believed to live in what is now Antioquia at the time of the arrival of the first Spaniards. Sixty years later, 90% had either been murdered or died of European diseases.

To compensate the loss of free labor, the Spanish began importing slaves from Africa. According to American historians, between 1759 and 1797 the slave population in Antioquia grew from 900 people to more than 8,000.

Class violence has since reduced both the black and indigenous minorities even more.

The conquistadors and colonists soon found gold, which soon became the most important economic motor in the region.

Antioquia declared itself an independent state in 1813, three years after Bogota, and initially became a dictatorship under the absolute rule of Juan del Corral. Antioquia joined the Republic of Colombia six years later and was abandoned by the Spanish in 1820.

The end of the colonial era sparked almost a century of wars in Colombia, giving the infant years of its independence the name “Foolish Fatherland.”

Initially the The 1848 foundation of the Liberal Party that opposed dictatorships like the one preferred by liberator Simon Bolivar added political violence to the territorial conflicts.

The “paisas” opposed democracy and centralized rule, and wanted to maintain a neo-feudal federal system in which provincial power was shared between the aristocracy and the Roman Catholic Church, which owned much of the land in the country.

At the end of the last of civil war, the “Thousand-Day War,” the Paisa region was split up into three provinces and submitted to centralized rule from Bogota.

The 1929 crash and the Great Depression in the United States affected Antioquia more than most Colombia’s provinces because of the region’s dependency on international trade in for example textiles, gold and coffee.

The subsequent rise of fascism in Europe was followed with fascination in Antioquia who saw it as a similar kind of authoritarianism as proposed by Bolivar.

Colombia fell back into civil war in 1948 when, again, the liberals and their anti-democratic opponents of the Conservative Party went to war for another 10 years.

Violence returned in the 1970s when workers from Uraba joined a communist revolt that was started by guerrilla groups FARC and ELN in 1964.

This violence aggravated in the 1980s because of the rise of drug trafficking, and in particular the Medellin Cartel.

The cartel and its leader, Pablo Escobar, flooded the region with drug money, which effectively armed the guerrillas and the conservative elites they opposed, and weakened the state’s monopoly on violence.

Escobar was killed in 1993, but the new narco-elite formed with cartel money remained in power. By the end of the war with the FARC in 2016 no province had counted as many dead as Antioquia.

Antioquia has been able to maintain some of its manufacturing industry, but is considerably behind in information technology. It registered relatively low participation of tax revenue, particularly because of a high level of informality in the province’s rural economy, particularly mining and agriculture.

Drink coffee in one of Colombia’s most beautiful towns

Do a pre-Columbian trail hike inside Medellin (technically)