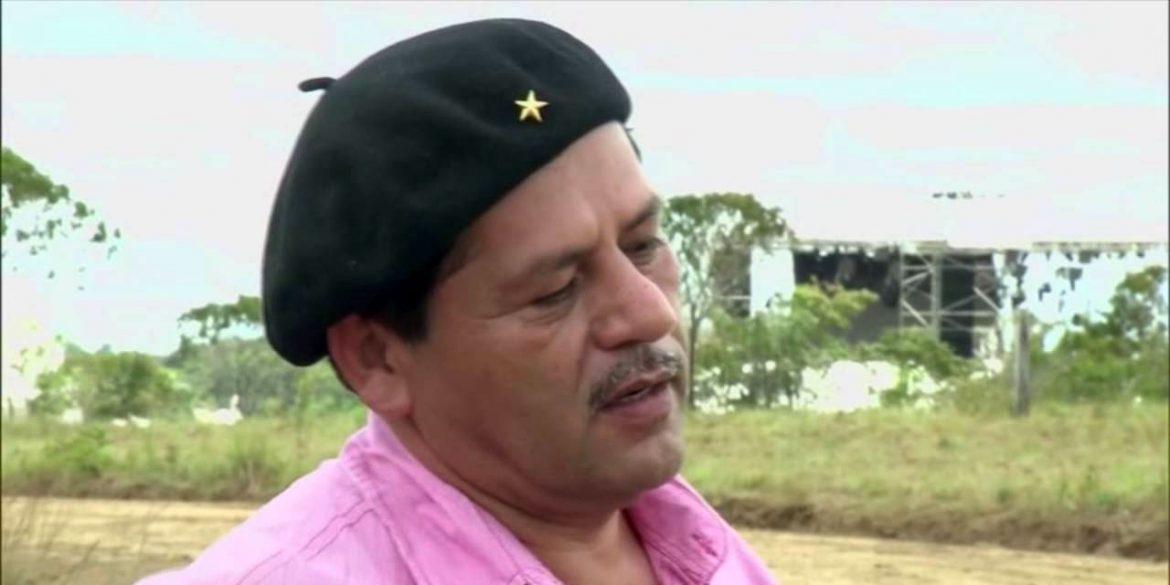 The former rebel commander is mostly infamous for his role in a military offensive on Mitu, a remote town in eastern Colombia where in 1998 the FARC took dozens of members of the security forces captive who were subsequently held hostage for years.

According to the United States’ Department of State, Romaña’s life in the rebel group began in the mid-1980s when the FARC had just begun getting involved in the drug trade.

According to the US, the rebel “participated in setting and implementing the FARC’s cocaine policies directing and controlling the production, manufacture, and distribution of hundreds of tons of cocaine to the United States and the world.”

Additionally, Romaña was key in the “taxation” of coca growers, which until today, has been one of the main sources of finances for the rebel group.

The US blames Romaña for the murder of hundreds of people “who violated or interfered with the FARC’s cocaine policies.”

Because of these alleged crimes, the United States had offered a $2.5 million dollar reward for information on his whereabouts, and Colombian courts had convicted him of kidnapping, drug trafficking, terrorism, and murder.

Colombian courts have sentenced the former rebel leader for a series of offensives and crimes. He has been called to trial by the Special Jurisdiction for Peace (JEP) that will determine his punishment.

Little is known about Romaña’s life before the FARC as hardly any of the intelligence information made public has ever been confirmed by the rebel group.

Additionally, the Colombian army on at least one occasion falsely claimed the death of the rebel commander, making it difficult to establish the veracity of claims made against him.

According to Semana magazine, Romaña was born in 1965 in El Castillo, a village in the central Colombian Meta department. The magazine said he worked as en electrician. The magazine reported that he has two brothers of which at least one was also a guerrilla in the year 2000.

The same magazine said that according to the FARC, Romaña spent most his youth in the capital Bogota where he finished high school and joined the Communist Youth movement.

Through his contacts in Communist Youth, Romaña got in contact with the FARC where he was put under the command of founder “Manuel Marulanda” and military chief “Mono Jojoy.”

By the early 1990s, the young Romaña had become a fighter for the FARC’s 53rd front, which then was one of the most active rebel fighter units that carried out operations between the capital Bogota and the rebel’s home Meta state.

Hie fierce combat techniques and invention of yet a new, very lucrative way, of generating revenue through kidnapping, got the FARC top to elect Romaña as commander of his front.

However, Romaña became so effective in his kidnapping operations he had earned the title “Kidnapping Czar” by the end of the 1990s when the FARC had virtually arrived at the gates of the capital.

While his front was mostly active south of Bogota, Romaña is one of the FARC’s most prominent leaders accused of having coordinated the siege on Mitu in 1998. During this siege, a guerrilla army of at least 1,500 fighters stormed the remote municipality that counted on no more than 120 policemen in its defense.

The FARC was eventually pushed away from the town, but on their retreat the rebels took 61 members of the security forces, the majority of which was released three years later. The combat left some 100 rebel fighters, 30 soldiers and 11 civilians dead.

Following failed peace talks between the FARC and the Colombian government between 1999 and 2002, the Colombian army, supported by the US military, began a major offensive to push the guerrillas, specifically Romaña, away from the capital.

The rebel leader, now the second in command over a handful of FARC units, was forced to retreat to the jungles together with his superior, “Mono Jojoy,” who commanded the FARC’s entire Eastern Block at the time.

The Colombian army reported his death in 2010, following a bombardment of a rebel camp that killed “Mono Jojoy.” The army was later forced to retract the claim it had also killed Romaña and the leader stayed far from public sight since then.

Intelligence reports between 2010 and 2014 said Romaña had sought refuge in Uribe, a rebel stronghold some 60 miles south of Bogota.

In October 2014, the rebel commander became one of the main FARC commanders to travel to Cuba and take part in the rebel committee negotiating with the Colombian military to end hostilities and eventually disarm the guerrillas.

After his demobilization in 2017, he became the leader of an agricultural FARC commune in Nariño, but was later moved to Meta after dissident groups threatened to assassinate him.

He disappeared in mid 2018 amid repeated complaints about the government’s chronic failures to implement the peace deal, but has stayed in touch with authorities.

He reappeared again on August 28, 2019 in a video with a number of other FARC commanders announcing they would be rearming.