Fighters of the Gaitanista Self-Defense Forces of Colombia. (Image: AGC)
War and peace

The “Autodefensas Gaitanistas de Colombia” (AGC), a.k.a. “Gulf Clan,” is Colombia’s most powerful paramilitary group that allegedly controls most of the country’s drug trade.

Authorities formally consider the AGC a “Class A Organized Armed Group” and claim the group is the main ally of the powerful Sinaloa Cartel from Mexico.

The group is presumably led by Jobanis Avila, a.k.a. “Chiquito Malo,” a former member of paramilitary organization AUC.

“Urabeños” and the end of the AUC 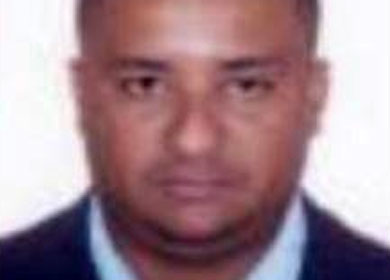 The proto-group of the AGC initially called themselves “Los Urabeños” when the Centauros Bloc of AUC split over territorial disputes in the central Meta and Guaviare provinces in 2003.

Otoniel and his Urabeños started a war with the rival “Buitrageños” group.

The leader of the Centauros Bloc, Miguel Arroyave, was murdered by his own men in 2004 after which his finance chief, “Don Mario,” returned to the Uraba region.

Otoniel led the demobilization of the Centauros Bloc under the name of “Mauricia” in Yopal, Casanare, in September 2005.

Mario demobilized in August 2006 with the “Elmer Cardenas Bloc” of his brother “El Aleman” in Uraba.

Los Buitragueños demobilized half a year later under the leadership of Pedro Oliveiro Guerrero, a.k.a. “Cuchillo,” in Puerto Lleras, Meta.

When then-President Alvaro Uribe ordered the arrest of the demobilized paramilitary leadership later in 2006, Vicente Castaño, the brother of AUC founder Fidel and Carlos Castaño, ordered Mario and other mid-level commanders to rearm and retake control of the paramilitaries’ abandoned criminal and military operations.

Castaño allegedly was assassinated in Antioquia in 2007 by “Don Berna,” who had remained control over Medellin and the surrounding process through the “Oficina de Envigado” and “Los Paisas” in collusion with the government. 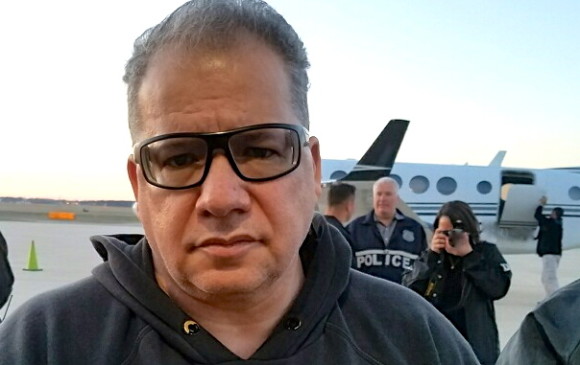 Mario replaced Vicente and retook control over AUC rackets in Uraba and expanded into the rest of Antioquia, and the neighboring provinces of Choco and Cordoba, initially reviving the Urabeños and using the names “Aguilas Negras.”

The expansion created violent tensions with Berna, who was trying to maintain control in Antioquia and Medellin in particular through the groups he had kept in arms.

Uribe extradited the demobilized AUC leadership, including Berna, to the United States in May 2008.

The birth of the AGC

The AGC formally announced their existence in October that year.

To stop the AGC’s expansion, the Paisas bartered support from the Cali-based “Los Rastrojos,” but to no avail. The AGC took control over much of the AUC’s former criminal rackets in Antioquia, with the exception of Medellin.

Mario was arrested in April 2009, after which his lieutenants, Otoniel and his brother Juan de Dios Usuga, a.k.a. “Giovanni” took over the supreme command of the group.

Under their leadership, the AGC overpowered “Los Paisas” and took control of drug routes and territory previously under control of Berna, and other extradited AUC commanders like Salvatore Mancuso and “Cuco Vanoy” along the Caribbean coast, and Mario’s imprisoned brother “El Aleman” along the Pacific coast.

While authorities in 2010 claimed the AGC had been dismantled, the AGC continued its territorial expansion all the way to the Venezuelan border. Colombian media reports throughout 2012 estimated the groups grew to have between 1,300 and 2,000 fighters.

The group signed peace with La Oficina in 2011, reportedly after mediation by members of Medellin’s regional political and economic elite, and embarked on an offensive against drug cartel “Los Rastrojos” along the Pacific coast.

After the 2011 death of Cuchillo, who had also rearmed to form ERPAC in central Colombia, Otoniel bartered a cooperation with Cuchillo’s heirs that control most drug trafficking routes from central Colombia to Venezuela and Brazil.

Police killed Giovanni in Uraba in January 2012 and the AGC retaliated in their first public show of force; spreading pamphlets across the north of Colombia, the Urabeños virtually shut down all economic activity and public transport in the region.

The death of Giovanni allowed another former AUC member, “Mi Sangre,” to rise to the top of the organization, initially leading the AGC’s contacts in Medellin and later running the group’s international drug contacts. He was arrested in Argentina in October 2012.

Otoniel continued his territorial offensive, this time down the Pacific coast to usurp territory controlled by the Rastrojos. Following the arrest and surrender of all the Rastrojos’ three founders, this group virtually ceased to exist in 2013.

Strengthening ties with other AUC dissidents

Using their alliances with the rearmed paramilitaries in central Colombia, the AGC slowly increased control in Meta and Guaviare. By then, the group had become the country’s top drug trafficking organization and had re-established ties with government officials, the security forces and the Medellin Prosecution Office.

In September 2013, Otoniel and his lieutenants decided to stress their political origins and essence, beginning a website and newspaper and calling themselves a “military-political organization.”

In response, President Juan Manuel Santos in 2014 changed the group’s name to “Clan Usuga” in an attempt to brand them as a drug trafficking organization rather than an AUC dissident groups.

In February 2015, Colombia’s security forces began “Operation Agamenon,” the biggest manhunt since Pablo Escobar in the hope to arrest or kill Otoniel. More than 2,000 policemen and soldiers were deployed in the Uraba region, but without result.

Peace talks with the FARC

While peace talks were ongoing with the FARC, the arch enemy of both the AUC and the AGC, Otoniel recruited even more troops until the end of 2016, when the FARC signed a peace agreement with the government.

By that time, the police estimated at the time that the AGC had 3,000 members, but AGC spokesmen “Raul Jaramillo” told this website the group had grown to 8,000 men “including intelligence” personnel.

During the peace talks, the AGC actively tried to be included in the peace process, stressing their existence was “in principle the result of a failed peace process with the Self-Defense Forces of Colombia.”

Through secret negotiations with government intermediaries and even the FARC, the group tried to negotiate a second chance to demobilize under the same conditions as the guerrillas.

War with the ELN and Los Caparrapos

Clashes between the AGC and the ELN, the last-active guerrilla group in the Bajo Cauca region of Antioquia and along the Pacific coast.

Authorities again renamed the group, this time calling them the “Gulf Clain,” and have consistently avoided to acknowledge the group’s paramilitary origins and nature.

In September 2017, Otoniel announced he and his group wanted to surrender to justice, but under the condition he would be shielded from extradition and guarantees that would prevent the formation of new guerrilla and paramilitary groups in regions under his control.

The prosecution subsequently said that the office was preparing the possible demobilization of 7,000 AGC members.

The talks triggered a split with other former AUC members who distrusted the government and “Los Caparrapos” broke loose in Bajo Antioquia.

In early 2018, the government said to be close to an agreement that would allow the AGC to collectively surrender to justice.

But when Santos left office in August 2018, the AGC were still in arms and appeared increasingly weary about the government failures to comply with the peace deal made with the FARC.

President Ivan Duque ended all negotiations and the AGC focused on their wars over abandoned FARC territory with the ELN in Choco and the Caparrapos in Antioquia.

The new government contradicted previous claims about the group’s size and said in early 2019 that the group was no bigger than 1,500 members. Rumors have since been that Otoniel moved his center of operation to Bajo Cauca.