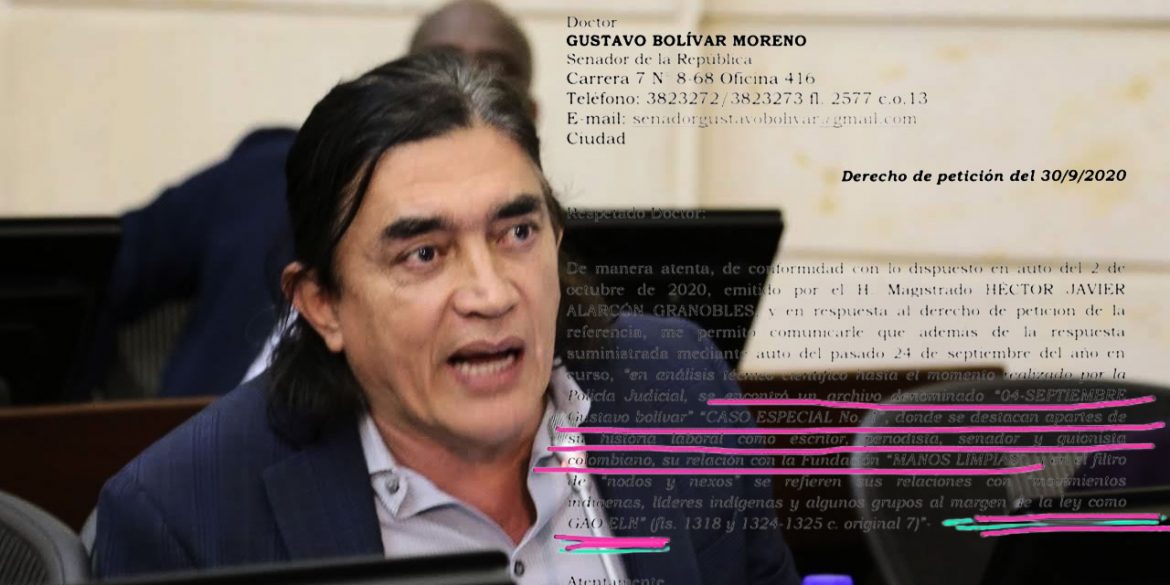 Bolivar, a former script writer, was one of at least 130 politician, journalists and even a former Colombia Reports intern who were profiled by the military.

From screenwriter to military target

Indignant, the opposition senator found that the military intelligence document “referred to his relations with ‘indigenous movements, indigenous leaders and some illegal groups like the ELN.”

The outspoken senator filed a complaint with the Inter-American Commission for Human Rights against what he called President Ivan Duque’s “asshole government” on Twitter and a “dictatorship” before the inter-american human rights council.

“I have worked since I was 12 years old and have never lifted a finger against a living being,” said Bolivar on Twitter.

I am a businessman, I ended up campaigning for the Senate, and one of the things those who profiled me say is that I have links with the ELN group.

The opposition senator, or “Special Case #1″ as the army called him,” had requested the Supreme Court provided him the portion of the National Army’s “secret files” that were made after Duque appointed retired General Nicasio Martinez as army commander in December 2018. 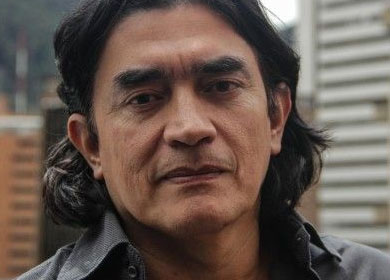 Before being elected to the Senate, Guatavo Bolivar was a writer, journalist and screenwriter, who became famous for writing the hit series “Sin Senos No Hay Paraoiso.”

The son of a pharmacist studied Social Communication before becoming a journalist and a writer and ultimately one of the most successful screenwriters in Colombia.

Bolivar entered politics in 2018 as Petro’s right-hand-man and has since received death threats from far-right group “Aguilas Negras,” which is believed to be linked to the security forces.

Months later, the same magazine reported that the army only had been profiling civilians, from former journalists to the president’s former chief of staff.

A number of the top military officials who were fired were allegedly involved in corruption and criminal activity.

One of them, former 4th Brigade commander General Jorge Romero was even suspected of arms trafficking for organized crime groups in Medellin, according to Semana.

The National Army came under fire almost immediately after Martinez’s appointment and the New York Times reported that the new army commander was demanding minimum numbers of combat kills and captures other commanders feared would lead to the killing and arresting of innocent civilians.