The National Liberation Army (ELN), is Colombia’s last-standing far-left guerrilla organization. The group has been at war with the state since 1964.

The group was originally formed by farmers who were heavily inspired by the Cuban revolution and “liberation theology,” a religious theory that seeks to liberate the poor from oppression.

In the early 1960s, Colombia’s rural population was devastated. Ten years of civil war between the Liberal Party and the anti-democratic Conservative Party had left more than 200,000 dead in the previous decade.

The mass killing ended when the two Bogota-based parties decided to suspend democracy and keep political and economical power between the two, much to the expense of the poor.

Not all liberation theologians believed that addressing this perceived sin involved arms, but influenced by the Cuban Revolution, the ELN and other groups took up arms with the intent of “liberating” themselves from the sinful state.

Across the country, student, farming and religious communities began to resist autocratic rule and the rigid class system once imposed by the Spanish.

Fabio Vasquez, one of the founders of the ELN, traveled to Cuba with a few students to receive training from the late revolution leader and dictator Fidel Castro in 1962, two years before the beginning of their own revolt. 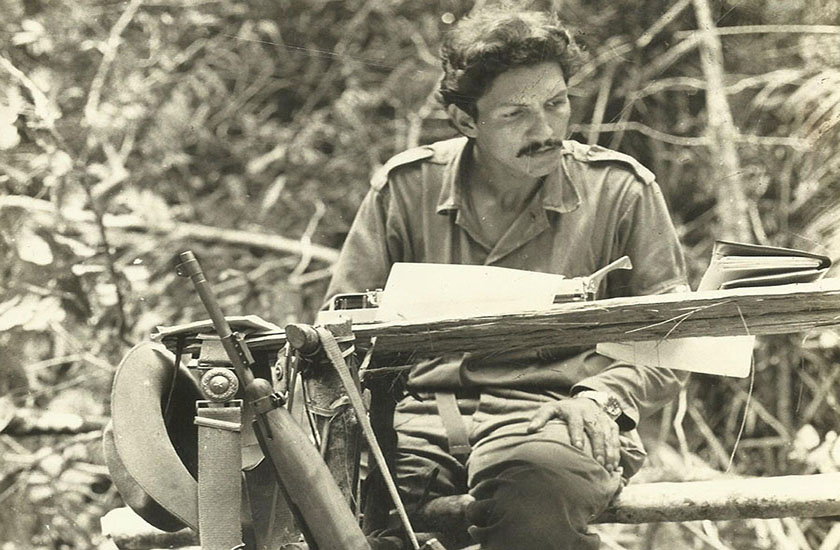 Combining the audacity of Castro and Ernesto “Che” Guevara, and with the religious conviction espoused at the Second Vatican Council, Vasquez and his ELN began combat training in San Vicente de Chucuri, Santander in July, 1964.

Six months later on January 7, 1965, the rebels carried out their first offensive, overrunning Simacota, a small village in Santander.

The ELN’s attack on Simacota was the one of first guerrilla attacks of the armed conflict and made it to the national headlines. 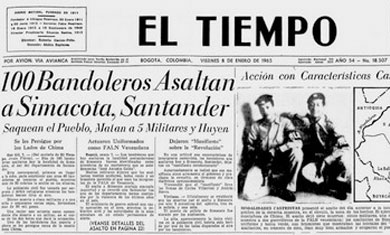 The FARC, whose commune in southwest Colombia was attacked by the military half a year before Simacota, would not carry out its first offensive until 1966.

That same year the ELN was joined by Father Camilo Torres, a priest and well-known university professor and social critic.

Torres was killed in his first confrontation with the military three months later.

The priest became an instant martyr for the ELN and other liberation theologists throughout Latin America.

Inspired by Torres, the Spanish priest Father Manuel Perez joined the ELN in 1969 and became one of its most recognizable figures and later the fellow commander of Nicolas Rodriguez Bautista, alias “Gabino.” 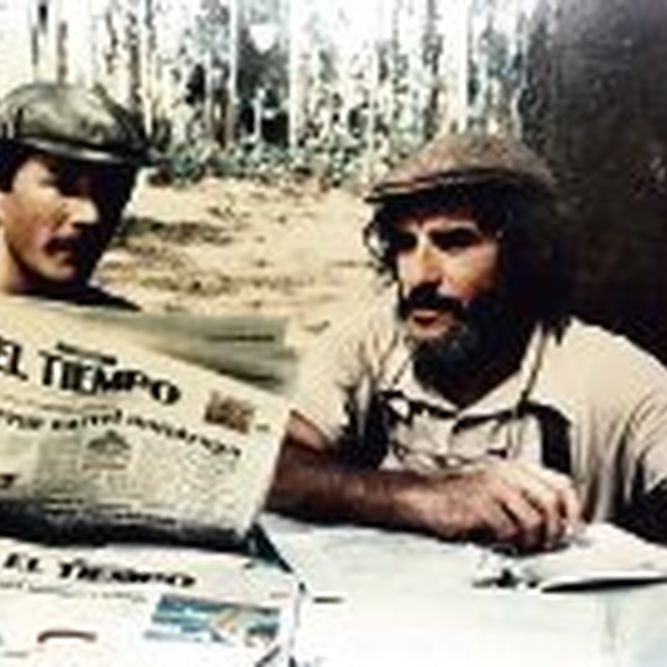 Perez was instrumental in establishing the ideology of the ELN which proposed to establish a Christian utopia that would resolve the the state system’s “sins” of chronic political corruption, poverty and political exclusion.

The guerrilla group fared well in relative seclusion until the military attacked, almost dealing them a fatal blow.

A 1973 military offensive on the ELN left an estimated 135 of the group’s 200 members dead and marked a paradigm-shifting moment for the rebel group.

Hoping the remaining rebels would give up, Colombian President Alfonso Lopez Michelsen allowed the ELN to escape the army’s clutches.

But rather than to admit defeat as hoped by the president, Perez and Gabino expelled Vasquez, took the offensive and began allowing guerrillas to carry out criminal activity like kidnapping to finance that would help finance the ELN’s territorial control.

The group decentralized its “war fronts” into relatively autonomous units with control over specific areas where the state was virtually powerless.

The oil-rich Eastern Plains of Colombia presented the ELN with another target for oil and mining, an economic activity they oppose,

The practice has remained the ELN’s modus operandi until today.

The ELN reached its zenith in the mid-1990s with an army of close to 5,000 soldiers, but again disaster struck.

Perez, the ideologue of the group, died in 1998 and the army and paramilitary forces immediately moved in.

The ELN responded by even more brutal attacks; in 1999; the ELN kidnapped 186 people from a Cali church in what is still the largest single kidnapping in Colombian history.

Later that year, the ELN hijacked an Avianca flight and took the 43 passengers and crew hostage.

Offensives by both the military and paramilitary groups escalated, and according to the military reduced the group to less that 1,500 in 2012, but to no avail. The ELN rebounded.

The ELN grew its guerrilla armies, particularly in the west where a war with the AUG was threatening their control. According to the military, the group has since grow to almost 3,000 in 2019.

Despite the military attacks, “Pablito” has been able to keep the group’s strongholds in the oil-rich east. Uriel’s Western Front has captured almost the entire Pacific coast.

Independent observers have documented the reappearance of urban ELN cells in cities like Bogota, Medellin, Cali and Barranquilla.