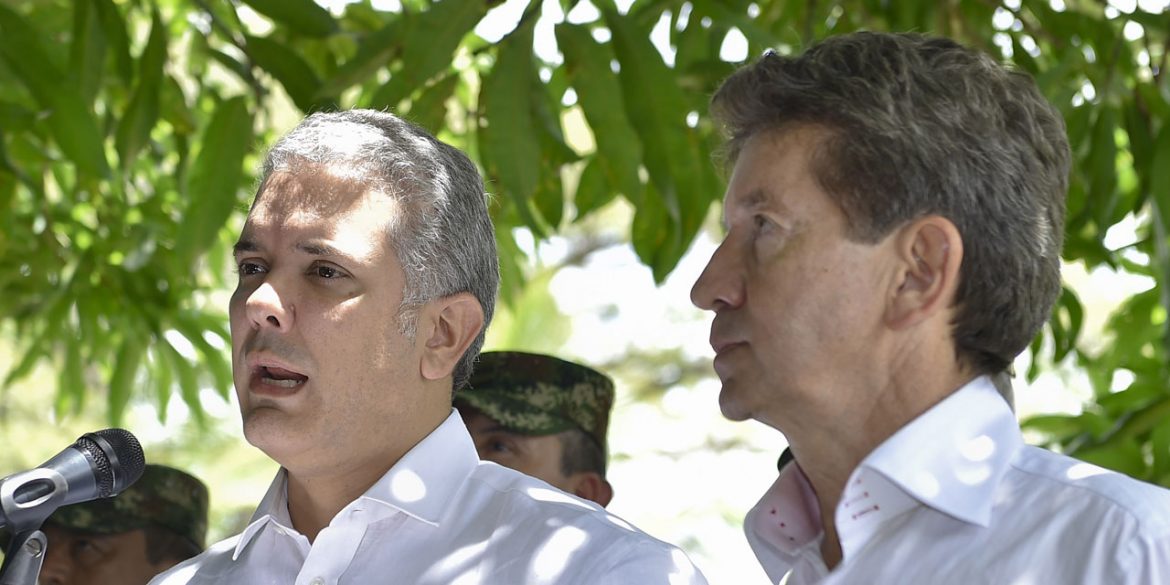 Colombian politician Luis Perez is the former governor of the Antioquia province who has never been far from controversy.

Locals call the Medellin native “Luis XV” because of Perez’s alleged habit to demand a 15% kickback for granting public works.

As governor, Perez was one of the most prominent opponents of an ongoing peace process that could land the regional power monger in prison for his alleged ties to Medellin crime syndicate “Oficina de Envigado.”

Perez began his political career in the 1980s and launched his first attempt to occupy the mayor’s office in 1997, standing as an official Liberal Party candidate. Despite losing to Juan Gomez Martinez by some 70,000 votes, he stood again in 2000. Universally backed by all factions of the divided Liberal Party, Perez won.

When the Liberal politician took office, Medellin was ravaged by urban armed conflict between various paramilitary and guerrilla groups.

The highly controversial (para)military operations rid the city of Marxist militias and consolidated Berna’s control of the city’s underworld.

However, the blatant human rights violations were later condemned as war crimes by the Inter-American Commission for Human Rights and are expected to be investigated by a transitional justice court as part of the peace deal with the FARC.

As mayor, Perez became his alleged habit of creaming 15% of any public works contracts and his irreverently been referred to as Luis XV since. Although the accusations of corruption were never proven, Perez’s reputation was further tarnished by revelations he spent thousands of dollars of public money on a luxury trip to La Guajira accompanied by three young women, ostensibly on public business.

Backed by then-President Alvaro Uribe, Perez allied himself with Congresswoman Rocio Arias, who was later convicted for being one of paramilitary organization AUC’s main henchmen in Congress.

In an election characterized by mud-slinging and accusations, Perez was heavily criticized for issuing “social IOU’s,” documents promising deprived neighborhoods he would construct local parks or soccer pitches if the neighborhood voted for him.

Perez stood with no official party endorsement in the 2011 race for Medellin mayor against Anibal Gaviria, a local dynasty politicians whose family has enjoyed long-standing ties to Perez’ Liberal Party. No established political party would endorse Perez and he lost.

Against electoral law, outgoing Mayor Alonso Salazar led the charges, even providing photos of Perez with known Oficina gang leaders. Perez denied the charges and was ultimately absolved, mainly because of Salazar’s illegal meddling in the elections as a sitting official.

In 2014, Perez lobbied his way back into the Liberal Party establishment and became incumbent President Juan Manuel Santos’ presidential reelection campaign manager in Antioquia where Santos was facing fierce opposition from Oscar Ivan Zuluaga, the candidate of former president and arch-nemesis Alvaro Uribe. In return, the Liberal Party, one of Santos’ main supporters in Congress, endorsed Perez’ candidacy for governor.

With evidence of illegal campaigning and vote-buying found throughout the department, Perez won the election.

However, after the election, Perez broke with his initial supporters and slowly, but surely realigned himself with Uribe, both in tremendous legal trouble over the paramilitary operations carried out in Medellin when Perez was mayor and Uribe was president.

On numerous occasions, the governor has tried to discredit the peace process with the FARC by launching unsubstantiated accusations of child prostitution and other criminal activity by FARC members in demobilization camps located in the north of Antioquia. All accusations have subsequently been denied by both local authorities and the United Nations.