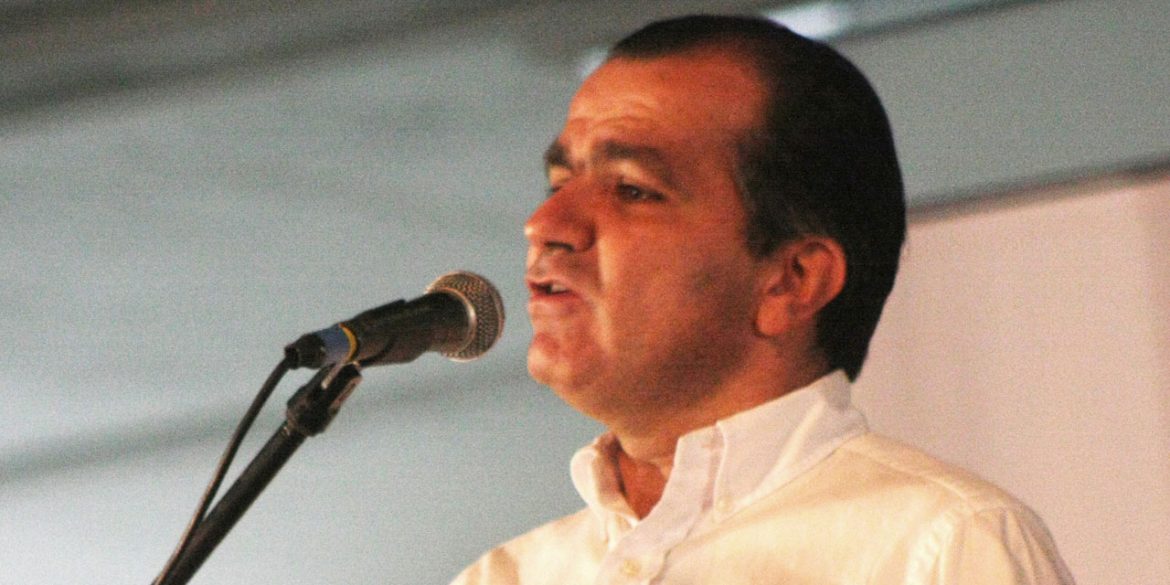 Zuluaga was born in 1957 into the family that came to own Acesco, a large steelmaker.

The future politician began his professional career at the family-owned steel company, but switched to politics in his home town of Pensilvania, Caldas at 31 where he served as member of the council between 1988 and 1990 and subsequently as mayor between 1990 and 1992.

Following his short-lived career in local politics, Zuluaga became President of Acesco until 2001 when he joined Uribe, who had just launched his first presidential campaign in protest against the failing peace talks with the FARC and ongoing economic hardships in Colombia.

The conservative Zuluaga ran independently in the 2002 congressional elections and was elected Senator with one of the highest votes in these elections.

The loyal supporter of Uribe founded the New Party in 2003 with the idea of supporting the President if Congress would allow a constitutional change needed for Uribe to run for a second term.

Following a controversial vote in 2004, Congress amended the constitution and Zuluaga began campaigning for a reelection in 2006.

Zuluaga abandoned the New Party to join fellow-“Uribista” Juan Manuel Santos in forming the U Party in 2005.

Instead of running for the Senate himself, Zuluaga endorsed the 2006 candidacy of Adriana Gutierrez, who was elected into the Senate, but was forced to resign in 2009 over accusations she had obtained her votes through the intervention of paramilitary groups. The Supreme Court absolved Zuluaga’s prodigy of these charges in 2011.

After being elected president for the second consecutive term, Uribe picked Zuluaga as one of his personal advisers before appointing him Finance Minister in 2007.

While receiving criticism from economists for carrying out short-term economic policies, Zuluaga was voted Latin America’s best Finance Minister in 2009.

Zuluaga stayed on as minister until the end of the Uribe administration’s term in August 2010.

Santos, elected president as the unofficial heir of Uribe, left Zuluaga out of his cabinet. Being no longer part of the executive branch, the former minister took on a more active role in the U Party.

As Santos and his predecessor grew apart and Uribe in 2012 announced to oppose a possible reelection of his successor in 2014, Zuluaga became one of the primary spokesmen of the political allies of Uribe who by law is not allowed to run for a third presidency.

In July 2012, Zuluaga announced his interest in fronting Uribe’s newly formed Democratic Center movement in the 2014 presidential elections. In the months before the elections, the country’s former finance chief slowly but steadily grew in the polls and was widely considered the candidate to meet Santos in the second round of the elections.

Another factor that secured a second round for both Santos and Zuluaga was the fact that one of the opposition candidate’s campaign workers was arrested after having bought classified information over the peace talks to be used in the campaign.

The scandal drew the attention away from more substantial issues, but has a dramatic aftermath once elections were over and Zuluaga became president of the party while Uribe took place in the senate.

Because both Zuluaga and Zuluaga’s campaign manager had been caught on film respectively being informed and trying to sell classified information to a national TV station, the two became the subject of a criminal investigation.

Hoyos and Zuluaga’s son were indicted and the Prosecutor General’s Office opened preliminary investigations against the former presidential candidate and his unofficial boss, Uribe.

The campaign worker was ultimately sentenced to 10 years in prison, along with members of the Police who had provided the classified information.

Zuluaga and Uribe were ultimately absolved.

Zuluaga was expected to run again in the 2018 elections, but Zuluaga “postponed” his announced candidacy in March 2017 after being implicated in a major bribery scandal.

Zuluaga has been linked to the international Odebrecht bribery scandal through accusations his 2014 campaign received $1.6 million in contributions from the corrupt Brazilian engineering firm.

“I led an honorable campaign; I am at the disposal of the authorities to account for all my actions, as I have always done in my public life. Today, above all political considerations, my priority is the tranquility and good name of my family,” said Zuluaga in a statement.

He has since stayed out of the limelight.