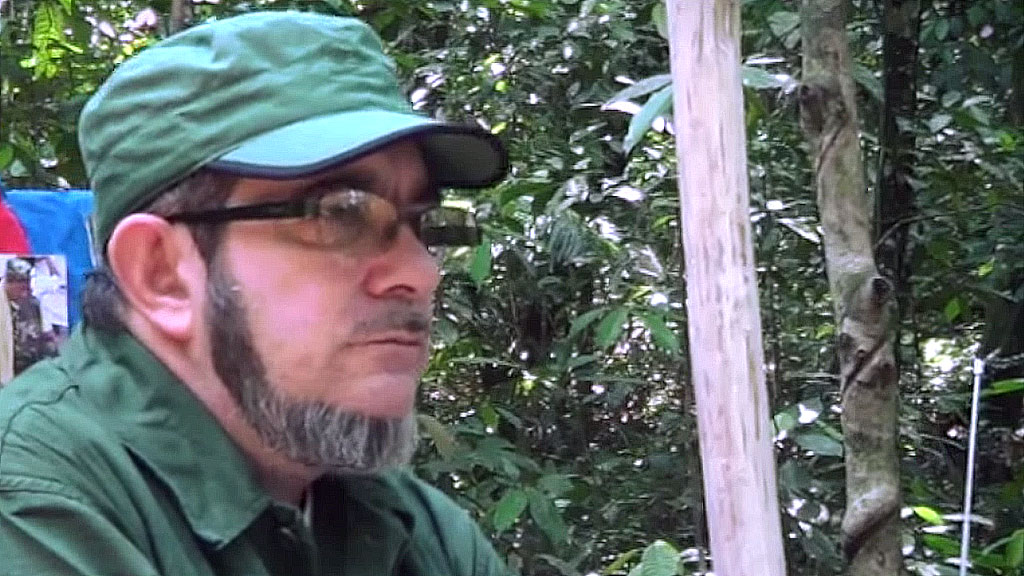 Colombia’s government has suspended all 182 arrest warrants against FARC leader “Timochenko” in the hope that a more agile contact between negotiators and their supreme commander can speed up ongoing peace talks.

Prosecutor General Eduardo Montealegre announced the suspension on national television on Friday, five months after the warrants had been listed.

“In December 2014 the president of the republic, [Juan Manuel Santos], sent me a message in which he said that ‘Timochenko’ has been recognized as legal representative and official negotiator in the Havana negotiations,” said the chief prosecutor.

According to Montealegre, the presidential order was given after the FARC’s commander in chief was appointed “legal representative” and “official negotiator” at the talks between Colombia’s longest-living rebel group and the government.

Montealegre’s comments surprised Peace Commissioner Sergio Jaramillo, one of the negotiators, who confirmed the suspension of 118 arrest warrants, but denied that the FARC leader had been appointed official negotiator.

“In order to advance the talks and facilitate the necessary consultations between the negotiators of the FARC and alias Timochenko, the government decided in December to appoint him representative member of that guerrilla group,” Jaramillo said in a press release published on the presidential website.

However, the FARC’s supreme commander “is neither a plenipotentiary member of the peace negotiation table in Havana, nor has he assisted in the table’s session,” according to Jaramillo.

Both Montealegre and Jaramillo stressed that the rebel commander, the supreme commander of the 50-year-old guerrilla group’s military apparatus, is not a free man while commanding the FARC’s approximately 8,000 fighters.

“The arrest warrant suspension fundamentally operates in the place where the negotiation takes place. The negotiation is in Cuba,” Montealegre said.

It is unclear where Timochenko is at the moment. The government said last week they had allowed Timochenko to travel to Cuba in April to meet with “Gabino,” the supreme leader of the country’s second largest rebel group ELN, which is having difficulty formalizing its own talks with the government.

ELN and FARC leaders meet in Cuba at Santos’ request

Before that, the FARC leader was presumed to be either in the northeast Colombian region of Catatumbo or in Venezuela, one of the sponsor countries of the talks.

According to the website of international police organization Interpol, Colombia has also suspended the red notices — similar to international arrest warrants — of the FARC leader.

The man leading the guerrillas

The 56-year-old Timochenko took control of the FARC after the death of “Alfonso Cano,” who was killed by state forces in 2011. He has been fighting with the FARC since the early 198os and is the organization’s longest-serving commander.

The FARC, former in 1964, has been negotiating peace with the Santos administration since November 2012. Since then, the warring parties have agreed on a far-stretching rural and political reforms, and the FARC’s abandoning of drug trafficking, which has financed the guerrilla’s war for decades.

The negotiation teams are currently negotiating victims and a ceasefire which would precede the formal end of the armed conflict, the demobilization and disarmament of the FARC and the reintegration of its members.