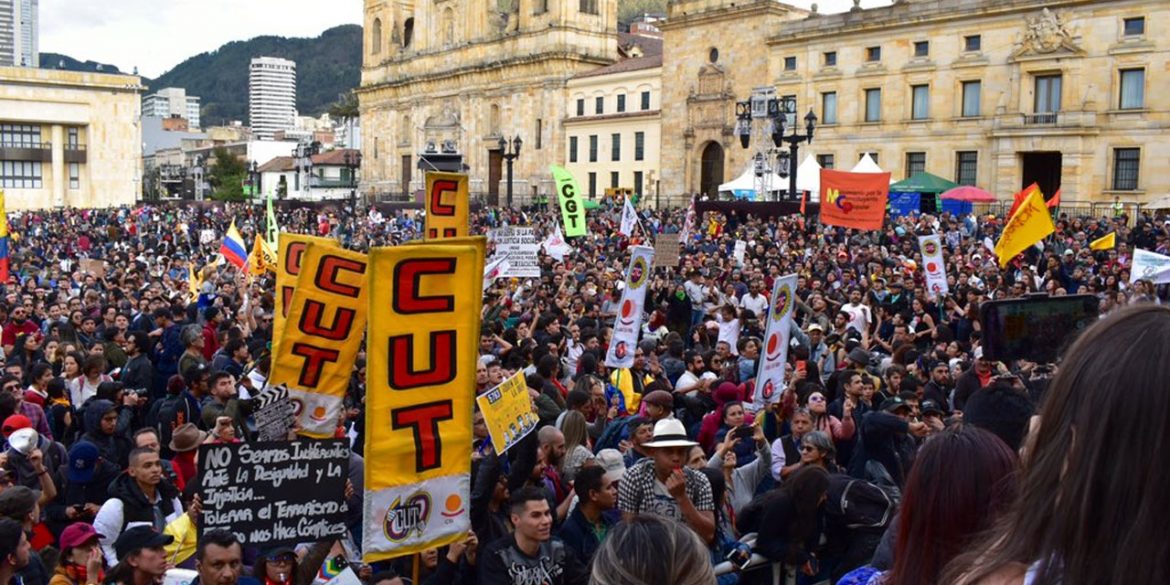 While thousands were protesting in front of Colombia’s congress on Monday, center right parties expressed their support for a broadly rejected tax reform that has fueled anti-government protests for weeks.

The decision of Radical Change (CR) and half of the U Party (U) would give the administration of President Ivan Duque the necessary votes to push through the reform.

While the House of Representatives began its first debate and the Bolivar Square in Bogota began filling up, soldiers were seen inside the Congress building and anti-riot police outside as tensions are high.

The leaders of national strikes that triggered the protests have demanded that the tax reform that includes corporate tax cuts be taken off the table. Also economists urged Congress to sink the reform.

In Cali, seven people were arrested amid ongoing and often unlawful attempts to crack down on opposition against the government, and the tax reform in particular.

After the Constitutional Court declared the approval of the reform unconstitutional in October and the government decided to reintroduce it during the protests, the president’s approval rating sunk to a record low.

The leftist opposition, which supports the strikes, has opposed the reform since the beginning. The Liberal Party, which initially supported the reform, pulled out under public pressure.

But with the support of CR and the U senators, Duque’s minority coalition would have the congressional support needed to have the loathed reform approved for a second time.

The final vote on this is expected later this week; Monday is Congress’ last day before its three-month Christmas recess, but the government has called extra sessions to secure a vote.

If Congress votes in favor of the bill, opponents are likely to challenge the reform before the Constitutional Court, which could decide to sink it again.