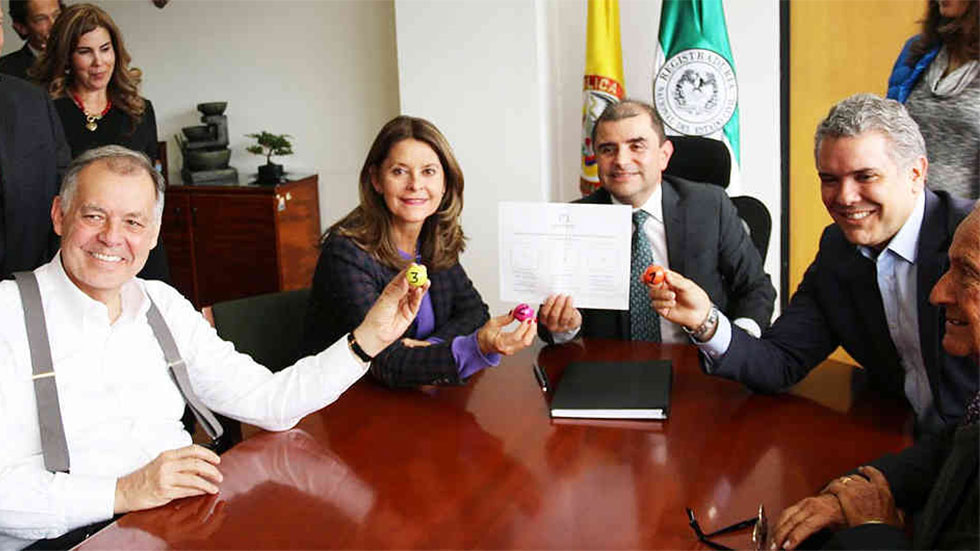 Colombia’s conservatives team up ahead of presidential election

The conservative coalition that successfully sought the rejection of a peace accord in Colombia in 2016 will unitedly support “uribista” candidate Ivan Duque.

Duque and Ramirez will have to challenge centrist candidate Sergio Fajardo and socialist candidate Gustavo Petro, who are widely believed to be leading the race.

The coalition could mean the end of ambitions of former Vice-President German Vargas, who has also been trying to lure conservative voters.

Electoral preference (125 days until first round)

Duque’s Democratic Center Party and the two Conservative Party dissidents had until Sunday to come to an agreement, but could not find compromise until early Monday.

None of the candidates seemed to have the electoral clout that could secure a position in a run-off election.

Colombia will take to the polls twice this year. The first round of the presidential election is in May. A new congress is elected in March already.