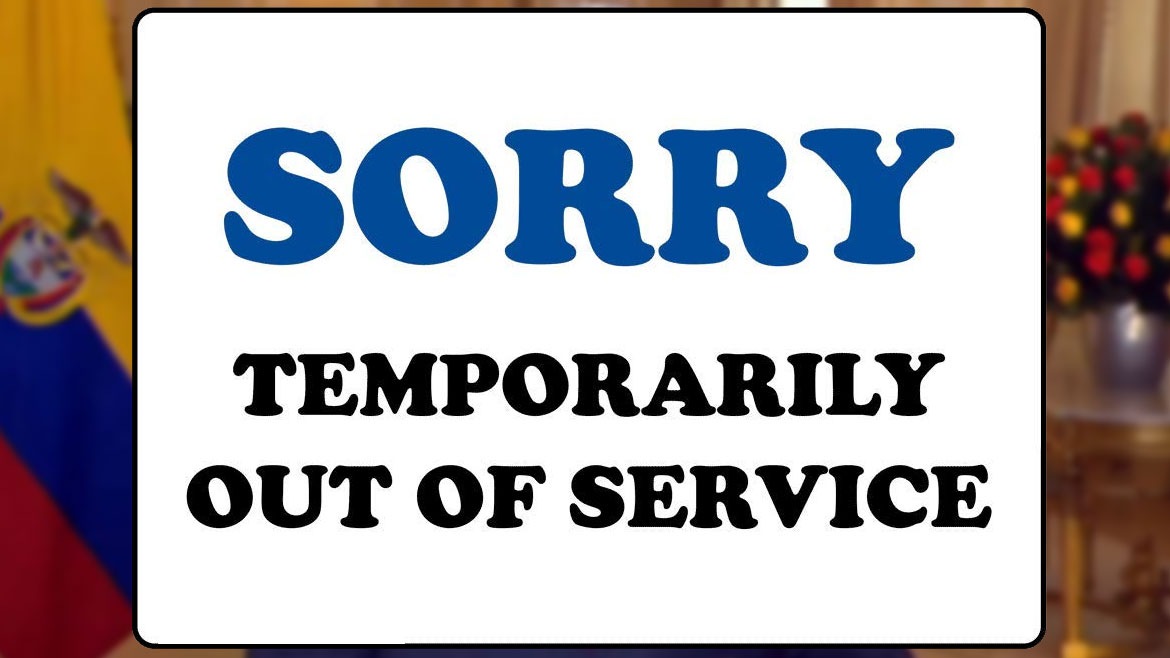 Why Colombia should be treated as a failed state

Colombia has become a failed state after the coronavirus pandemic aggravated the consequences of misrule by President Ivan Duque and systemic corruption.

A failed state is “a state whose political or economic system has become so weak that the government is no longer in control,” which is the very much the case with Colombia and possibly other Latin American countries.

Colombia is a failed state as the forces from outside the Duque administration effectively control the government, which fails to effectively execute public policies that are essential for the functioning of a society.

Consequently, basic state responsibilities are either outsourced or simply usurped by non-state actors, including organized crime and illegal armed groups.

When it comes to the country’s economy, unless a $91.7 billion budget that is $30 billion  — or 6% of the country’s GDP — has become fiscally responsible, Finance Minister Juan Manuel Restrepo is seriously threatening the country’s finances.

The director of statistics agency DANE, Juan Daniel Oviedo, expressed his concern about the government’s failure to reduce poverty in the aftermath of the pandemic, claiming that “those homes that in 2020 were in poverty now qualify their economic situation as worse.”

The job creation strategy of Labor Minister Angel Cabrera, which would both reduce poverty and increase domestic consumption, has been an utter failure.

The labor ministry vowed to create 500,000 jobs by subsidizing a quarter of newly created minimum wage jobs for people under 28 until the end of this year.

Less than 14,000 companies have applied for this subsidy, however, leaving more than 99% of the 2 million people under 28 without either a job or education.

Cabrera expected a “very big” growth in jobs in July, which didn’t happen as the country’s unemployment rate between June and July went from 14.4% to 14.3%.

According to Andres Langebaek of economic think tank Grupo Bolivar, reducing unemployment to the 2019 rate of 10.5% “is going to be a lot of work” for a long period of time.

Cabreras doesn’t even know if his job creation program will exist in January next year.

Duque and Education Minister María Victoria Angulo announced in May that higher public education for people from poor and lower class families would be free in the second half of this year.

The president told Congress in July that his plan would be the “biggest social educational conquest that Colombia has achieved and together we will leave it forever in our country,” which was false as it would end in 2022.

The president has made this promise since before his election in 2018, however, and “nobody believes a thing the president says” after three years, according to union leader Pedro Arango.

ICT Minister Karen Abudinen has a similar credibility issue after claiming in April that “you can take me to the cemetery” if her program to provide internet in the countryside wouldn’t have connected more than 3,000 rural communities by May.

Abudinen is now facing a criminal investigation after the minister was forced to admit she hadn’t connected a single community to the internet and had lost $17.6 million earlier this month.

Abundant evidence indicates that Duque’s political party conspired with the mafia to secure the president’s election in 2018 and the Supreme Court has begun investigating at least 18 of the president’s coalition congressmen.

Prosecutor General Francisco Barbosa’s efforts to keep the government’s growing number of allies and patrons out of prison has all but broken down the rule of law.

Some capable mayor and governors are able to maintain some institutional stability in their provinces and cities, but in the countryside the State has pretty much surrendered control to illegal armed groups.

The president needs all the institutional help he can get to regain control over government, and will have to come with drastic measures to reestablish institutional order.

I’m concerned that Duque doesn’t even realize that he’s become the president of a failed state. The guy appears to be in a constant and delusional state of denial.

It is up to the democratic forces in Colombia’s society to work together and reduce the devastating effects of a failed state despite of the president, and prepare for some serious nation-building for when a new government takes office and will have to retake control.