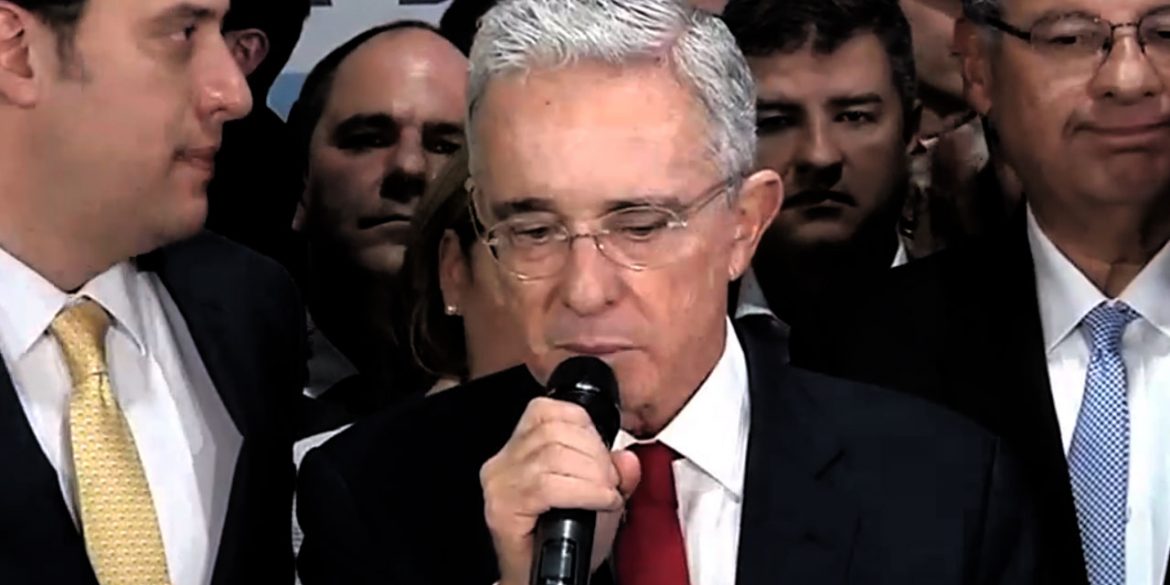 Members of Colombia’s far-right ruling party lost their wits on Tuesday after historic criminal charges against former President Alvaro Uribe left them without a leader.

In a press release, the Democratic Center party said to be “indignant” the Supreme Court put Uribe under house arrest, abruptly ending the political career of arguably the most powerful politician in Colombia.

The Supreme Court’s fraud and bribery charges and accusations Uribe had tried to obstruct justice were “slanderous” and “sustained by false witnesses,” according to the party, which was already weak because of their alleged drug trafficking ties.

The unprecedented blow left President Ivan Duque’s party in shatters and senators barely able to hold back their tears on social media where they made one hopeless proposal after another to see their leader’s return to the Senate.

One of the party’s most radical lawmakers, Senator Paloma Valencia, even proposed to do away with the judicial system investigating Uribe on fraud and bribery charges, which the party has been unsuccessfully promoting for years.

The senator was almost in tears after she took to the streets only to find that few Colombians oppose justice and that the once almighty Uribe is left with a small group of hard-core followers and little political support.

Only the coalition Conservative Party said they “regretted the situation the former ex-president is in,” but expressed its support for the Supreme Court.

The outcome of Uribe’s trial looks bleak for the former president and the ruling party, who were humiliated in local elections last year.

The Supreme Court’s statement justifying the house arrest was brutally straight-forward in claiming the magistrates’ unanimous decision to proceed with the trial is based on solid evidence, implying a conviction is only a matter of time.

Uribe’s ejection from politics caused an unprecedented crisis in the government and the ruling party, which is now headless, and virtually nobody cared.