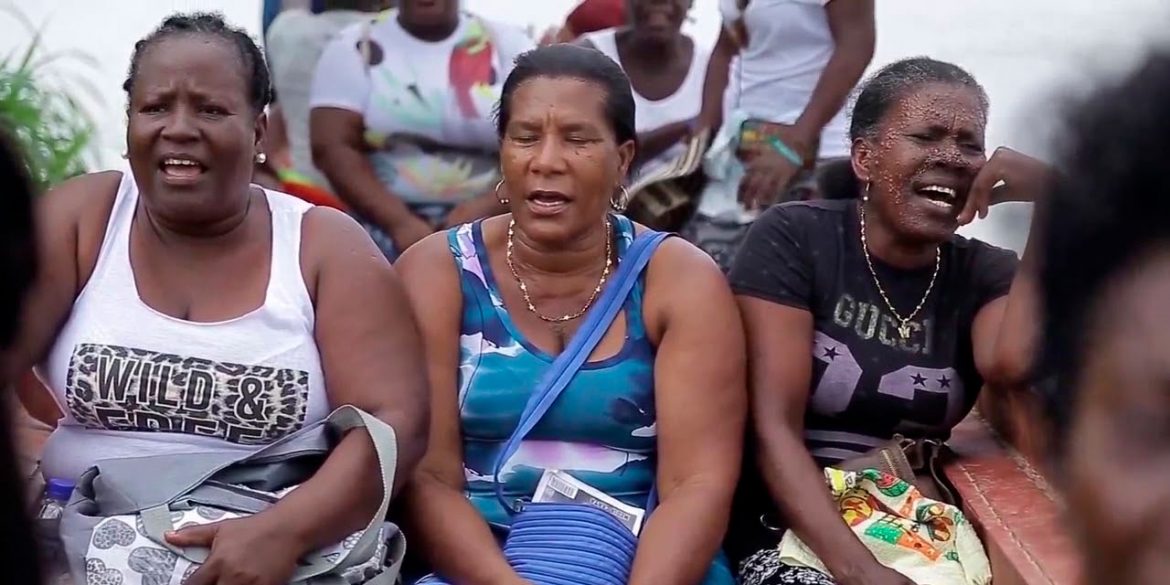 Colombia Reports’ named the women of Bojaya personalities of 2016 because they delivered us a message not to forget. Three years later, that’s exactly what’s we’re doing.

On December 26, 2016, the survivors of the FARC’s worst-ever massacre traveled from the jungles in northwestern Colombia to the fancy peace deal ceremony in Cartagena for one of their most important chants in recent memory.

These woman did not travel hundreds of miles to entertain the country’s jet set; they wanted former President Juan Manuel Santos to listen to their concerns over the possible return of terror.

Colombia’s elite: memory of a goldfish, humanity of an ape

Three years and three days later, Bogota’s elite appears to have the memory of a goldfish and the humanity of an ape.

While President Ivan Duque was enjoying his vacation in — of all places — Cartagena, the locals of Bojaya were overrun by an army of 300 paramilitaries with ELN guerrillas nearby.

The terror returned and the 2002 massacre in which approximately 100 locals were killed when caught in the crossfire is about to repeat itself.

Despite warnings they would be instantly executed, the locals warned the rest of the country.

Two days later, the military that has been convicted for its criminal neglect in 2002 arrived to belittle the community’s revictimization. The paramilitaries had disappeared, as if they had been warned.

Colombia has not forgotten who the victims and the victimizers are

What a beautiful video! Did you hire the 300 paramilitaries that entered Bojaya already?

Pardon my French, but fuck the military, whose commanders love bling more than your average narco.

Fuck the paramilitary and the guerrilla groups whose taking up of arms has caused nothing but suffering and destruction.

Last but not least, fuck Duque who has gained more kilos since took office than he has intellect, and Santos for taking credit for other people’s blood, sweat and tears.

This is what the women from the jungles of Choco were chanting in 2016. Don’t you dare forget.

We want justice, we want peace from the bottom of our hearts
So that health, peace and education arrive to our fields
Saint Mary, give us peace. Saint Mary, gives us peace

Listen, Mister President
Listen to us closely
Tell us what will happen
With the other groups