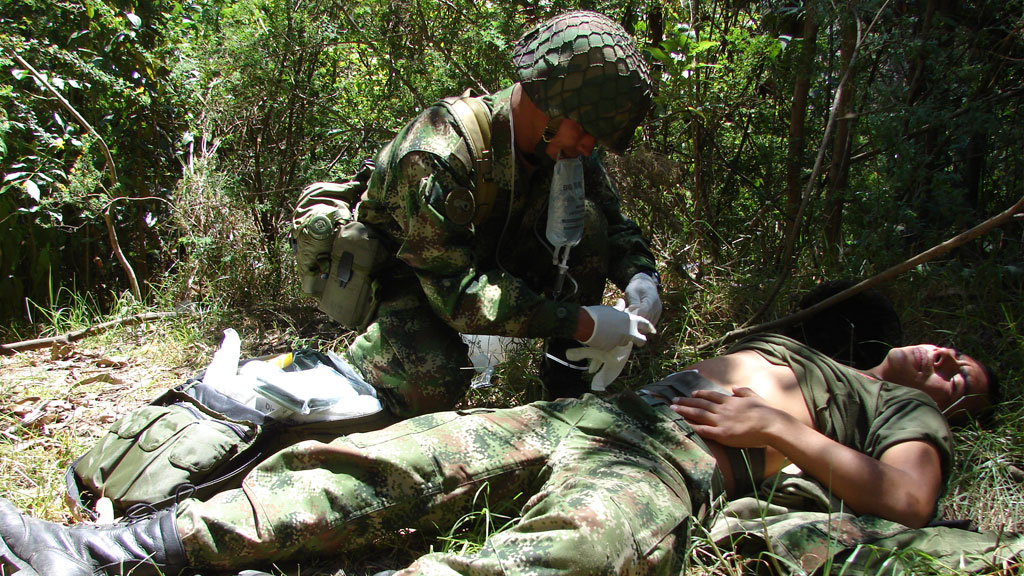 Two commanders of the unit that lost 11 men in an April FARC attack that subsequently led to the unraveling of attempts to deescalate Colombia’s armed conflict have been arrested, according to local media.

The April 15 attack on the army unit took place while the FARC formally was upholding a unilateral ceasefire. The military initially claimed the guerrillas attacked the unit while they were sleeping, but contradictory statements by locals subsequently discredited that version, causing confusion about what really took place in Buenos Aires, Cauca.

According to then-Defense Minister Juan Carlos Pinzon, the military unit had been persecuting a local FARC commander called “Chichico,” who is accused by the army of running the FARC’s drug trafficking businesses in the area. In the pursuit, the unit allegedly had seized cocaine shipments.

The FARC has long been accused of “taxing” local coca growers and drug traffickers in exchange for protection.

The initial military version of the attack spurred President Juan Manuel Santos to resume airstrikes he had suspended only five weeks before the attack.

The FARC lifted their unilateral ceasefire after one of those air strikes killed 26 guerrillas, allegedly including two members of the group’s team that is negotiating peace with the government.

However, the inconsistencies between the army unit’s version of events and that of locals had already led to a disciplinary investigation of nine of the army unit’s members.

According to the locals, the military unit had illegally camped on the border of the village — effectively using the villagers as a human shield. Additionally, the locals claimed the unit had been out of line for days, drinking liquor, walking in and out of the sports court they used for shelter and even fighting between each other, basically ignoring protocol and violating the locals’ rights.

This was later confirmed by one of the surviving members of the unit.