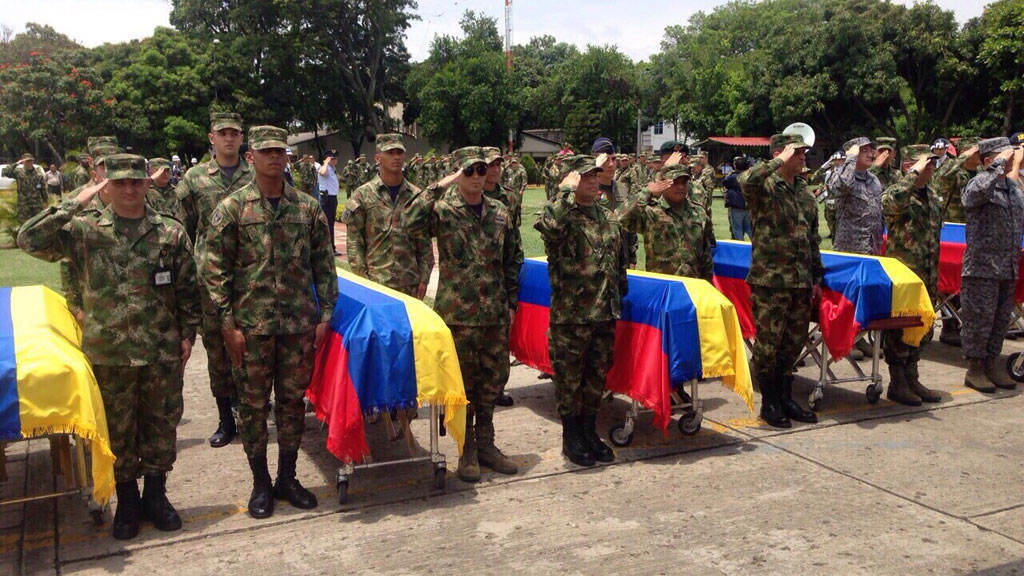 Colombia’s Inspector General’s office has opened an investigation against nine members of the military, alleging that their negligence and omission of information attributed to the killing of 11 soldiers in a recent FARC attack.

The investigation is over a faulty report by the military and a lack of witness testimonies to confirm what happened during an alleged FARC ambush that left 11 uniformed soldiers and two guerrillas dead. The attack took place on April 15 in Buenos Aires, which is a municipality in the Cauca province.

Inspector General Alejandro Ordoñez will probe the alleged offenders over three main areas of focus, namely whether there was a failure to follow precautionary protocol, whether key details on the attack were omitted from the military’s report, and whether weapons were hidden from the initial forensic investigation.

Among those being investigated are Colonel Pedro Antonio Garcia, commander of the battalion in question, his superior officer Andres Bushel, and nine non-commissioned officers.

This follows a different investigation by the NGO Broad Front for Peace, which further muddied the waters of who was to blame in the attack.

The NGO’s investigators reportedly spoke to 300 local residents, many of whose stories contrasted with a number of details from what the military initially reported.

Specifically, eyewitness testimony sharply contradicted reports that military soldiers were defenseless according to the Broad Front for Peace’s investigation. Also, the fighting reportedly lasted for some five to six hours, contradicting the original report that claimed it was over in minutes.

Either way, the confrontation set forth a series of military actions that severely stunted mutual attempts to deescalate the armed conflict.

Mutual attacks and military victories led the FARC and the government to deescalate the violence in November, as it appeared to undermine the credibility of the peace talks.

Ordinary Colombians are not convinced there has been any progress in the talks, which have been ongoing since 2012. Most are vociferously opposed to the conservative opposition.

While the war on the ground continues, so do the peace talks held in Havana, Cuba.

The talks with the FARC have so far resulted in partial agreements over rural reform, political participation and the FARC’s abandoning of drug trafficking. Drugs are one of the rebel group’s main sources of revenue to fund the war that they declared in 1964.

Currently, the FARC’s peace delegates and the Colombian government are negotiating compensation to victims and the terms for transitional justice of convicted offenders. Some 7 million victims seek justice from a seemingly countless amount of perpetrators.

These terms cannot be met until the conflict is officially ended, which would require a bilateral ceasefire and the eventual demobilization and reintegration of the FARC’s approximately 8,000 armed and 12,000 unarmed members.

If the talks are successful they will put an end to more than half a century of violence between the FARC and the Colombian state that has killed nearly 300,000 Colombians.

Reader’s view: Should we believe the military? Bogota Post