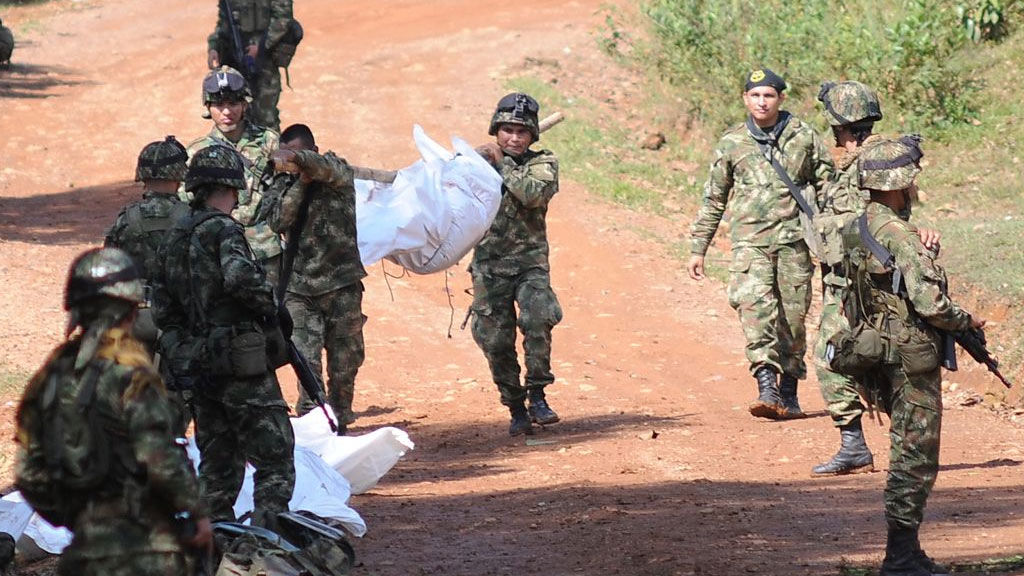 Civilian organizations from the southwest of Colombia have called for a bilateral ceasefire after five civilians were killed in what appeared a spike in violence following a FARC attack that killed 11 soldiers.

According to the local organizations, the five civilians were killed in Suarez, a municipality close to the village where the FARC killed 11 soldiers in what appeared to be a surprise attack on resting members of the military earlier in the week.

The military blow spurred President Juan Manuel Santos to order the resumption of air strikes against the FARC and resulted in an immediate increase of military offensives in the north of Cauca, traditionally under relative control of the FARC.

Amid the increased military pressure and following the killing of the civilians, local organizations called out for peace and urged the armed actors in the conflict to stop putting the lives of civilians in danger or involve them in any way in the armed conflict.

“We urgently call on the government and FARC representatives in Havana [where peace talks are held] to frankly, openly and quickly respond to the communities who suffer the consequences of these new confrontations, and commit themselves to respect human rights and international humanitarian law,” a collective of local and international organizations said in a press release.

The FARC ignored the civilian population when it attacked the army while the military ignored the locals while setting up camp within the town limits.

“We remind you that the army situated itself at the sporting complex, at 10 meters from the first house of the town and at 100 meters from the educational center,” said the Collective Action and Mining Mega Projects group on its website.

According to the group, the local ombudsman had asked the army to distance itself from the town for days before the FARC attacked, but without success.

The FARC attack left numerous unexploded projectiles in the close vicinity of the town. According to newspaper El Espectador, the military has begun removing these explosives.

International humanitarian law dictates that armed forces do not camp near populated areas to prevent using the civilian population as a human shield, or putting locals’ lives in danger in the event of an attack.

The local government told El Espectador that the locals are in immediate danger and the area is at risk of mass displacement if the violence continues.

The mayor of Buenos Aires where the attack took place called on the national government “to speed up the peace process. This is the only hope for hostilities to end.”

“The locals of Buenos Aires can do nothing but offer peaceful social resistance, we have no other way, there is nowhere we can go and we don’t want to abandon our lands,” Mayor Elias Larrahondo said.