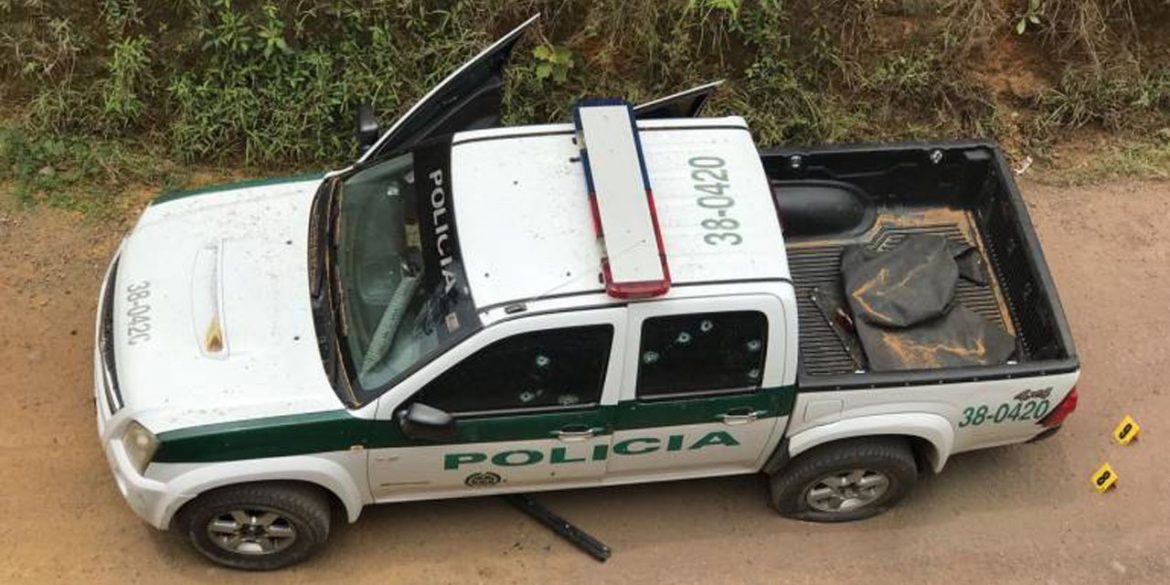 ‘AGC’ kills policeman in northern Colombia; is this the end of their ‘ceasefire’?

Colombia’s largest illegal armed group, the paramilitary AGC, looks to have broken its unilateral ceasefire, allegedly killing one policeman and injuring three in an attack on Wednesday.

The attack on a police patrol took place just outside Turbo, a port town in the heart of AGC-controlled territory.

According to the police, the policemen were taken under fire by an unknown number of shooters while traveling over the road near Apartado.

The aggression comes three months after the group voluntarily announced a unilateral ceasefire and ceased a three-year “pistol plan.”

The offensive, which was carried out with the help of corrupt police officials, targeted policemen exclusively and cost the lives of more than two dozen officers.

National Police director Jorge Nieto offered his condolences to to family of the killed police officer and announced actions “to find those responsible for this criminal act.”

The AGC, or Clan del Golfo as they are called by authorities, controls much of rural Antioquia, particularly in the Uraba region where the attack took place.

ELN guerrillas are also active in the area where the attack took place.

While the government has remained quiet on the issue, the timing of the attack — less than two weeks before legislative elections — couldn’t be more pertinent for Bogota.

If the group carried out the attack, it would be in blatant violation of a unilateral ceasefire it called in December last year.

While the ceasefire failed to reduce paramilitary violence against social leaders and the general population, the attacks on police did stop.

The group offered to demobilize and surrender to justice last year, but is waiting for the national government.

Congress has yet to approve legislation that would allow the group’s collective surrender to justice.

The administration of President Juan Manuel Santos never responded to the AGC demand to prevent the resurgence of guerrilla group in territories under their control.

The AGC is the largest of paramilitary organizations that were formed by dissident mid-level commanders of the now-demobilized paramilitary umbrella group, the AUC.

The previous generation of paramilitary groups that united under the AUC leadership were formed in the 1980s in response to excessive guerrilla violence in areas where the government failed to exercise control.