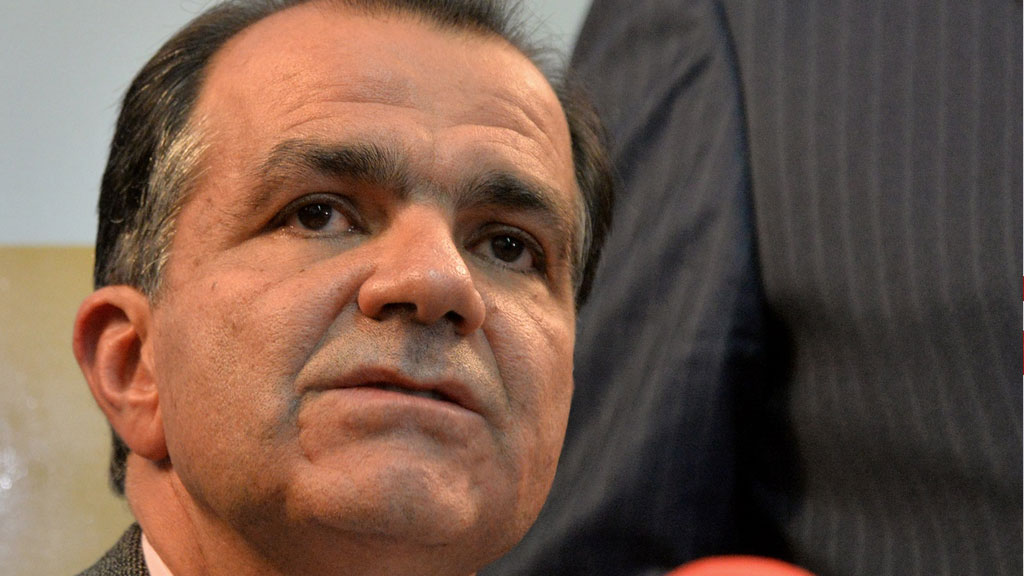 Zuluaga in the corner: Former presidential hopeful to be questioned over peace talks spying

The leading opposition candidate in Colombia’s 2014 elections was called into questioning on Tuesday over his alleged role in the illegal spying on ongoing peace talks allegedly carried out by his campaign team. His attorney said his client might request political asylum abroad.

Oscar Ivan Zuluaga, the former candidate of the Democratic Center party of former President Alvaro Uribe, came under fierce criticism during the election campaign after prosecutors had dismantled a covert, military-run spy center that later was alleged to have provided classified information to Zuluaga’s campaign team.

The campaign worker allegedly in charge of collecting this illegal information was arrested in May, weeks before the first round of the elections, subsequently turned government witness and has claimed he was hired to set up a black propaganda campaign to discredit peace talks with rebel group FARC that had been initiated by Zuluaga’s competitor, President Juan Manuel Santos.

According to Zuluaga’s attorney, Jaime Granados, the former candidate and current president of the CD is considering requesting political asylum abroad, claiming his client is not the perpetrator, but the victim of political persecution and can not be guaranteed a fair trial.

“Taking into consideration that they have not given the necessary guarantees [for a fair trial] and this politicization of justice, [Zuluaga] will turn to all national and international judicial protection mechanisms,” said Granados.

According to the attorney, Prosecutor General Eduardo Montealegre, a close ally of the president, is trying to “criminalize the opposition.”

Since the scandal broke last year, prosecutors have claimed to have found an abundance of evidence of the campaigns illegal activities including payment slips, videos of both Zuluaga and Hoyos with the hacker, and testimonies by Sepulveda.

In spite of the spying scandal, Zuluaga was able to win the first round of elections in May, but was forced to admit defeat in the second round in June after almost all losing first-round candidates endorsed their constituents to vote Santos.

A second presidential hopeful of the Democratic Center party is in jail while on trial for his alleged dealings with paramilitary umbrella organization AUC.

Uribe, who has been at odds with Santos after the latter’s initial election in 2010, has long claimed his political allies are victim of a political persecution.

Following his two terms in office, Uribe and his political allies have faced a wide range of criminal investigations over a series of scandals including the embezzlement of government subsidies, spying on the Supreme Court and political opponents, ties to paramilitary death squads, bribing congressmen and the execution of thousands of civilians by the military.