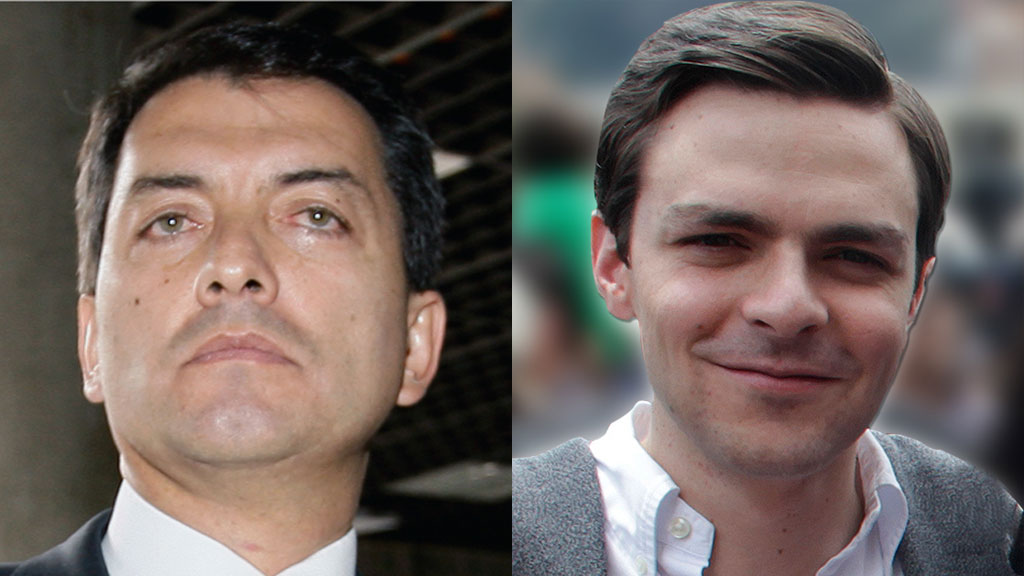 Both the son and the former campaign manager of former presidential candidate Oscar Ivan Zuluaga are not in Colombia to face possible charges for spying on ongoing peace talks with the FARC, according to their attorney.

Local media reported earlier on Monday that Luis Alfonso Hoyos had left the country the day before. Hoyos is the former campaign manager of Zuluaga who was only an inch away from beating President Juan Manuel Santos in the 2014 elections.

Hoyos allegedly left Colombia as prosecutors found more and more evidence to sustain accusations that Hoyos and David Zuluaga, the politician’s son, paid a hacker to obtain classified information on ongoing peace talks with rebel group FARC with the alleged intention to use this information to discredit Santos during the election race.

No charges = no restrictions

Following the revelation, Zuluaga family and Democratic Center party attorney Jaime Granados told media that the son of the former presidential candidate has been outside the country for six months as he returned to his US university shortly after the elections.

Zuluaga is enrolled in Princeton, a private Ivy League university in New Jersey.

“He at all time has had contact with the Prosecutor General’s Office that six months ago has been informed he is finishing his master’s Princeton University in the United States,” Granados was quoted as saying by weekly Semana.

As neither one of the suspects have been charged over their alleged involvement in the illegal spying practices of campaign employee and hacker Andres Sepulveda, they are free to leave the country, stressed Granados.

The hacker that flipped

Both Hoyos and Zuluaga Jr. are suspected of masterminding and financing the operations of Sepulveda who was arrested weeks before last year’s elections and has since turned government witness, testifying against his former employees.

According to Sepulveda, he was hired to provide classified information for a black propaganda campaign that sought to discredit the president and the ongoing peace talks in order to favor the conservative opposition’s chances of winning the elections.

Hoyos and Sepulveda were caught by security cameras at national television network RCN after offering the station’s newscast information about the leftist guerrilla organization FARC and president Juan Manuel Santos.

According to prosecutors, financial records provided by the Democratic Center’s accountant have shown that the former candidate’s son paid $95,000 to the brother of Sepulveda without declaring this to electoral authorities.

Granados did not indicate whether Zuluaga and Hoyos would return to Colombia in the event they are charged.