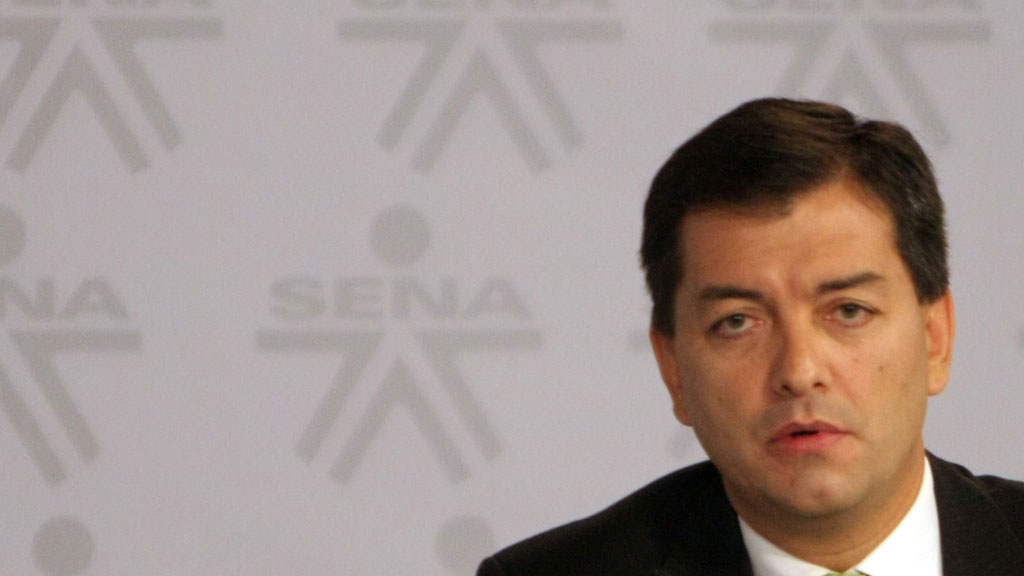 The campaign manager for Colombia’s leading opposition candidate in the 2014 elections has left the country in the wake of charges linking him over to illegally wiretapping ongoing peace talks to favor the opposition’s chances in the eventually lost campaign.

Former diplomat Luis Alfonso Hoyos, the campaign manager of former presidential candidate Oscar Ivan Zuluaga, has been accused of orchestrating the illegal wiretapping carried out by the arrested hacker Andres Sepulveda, with the aim of obtaining compromising information to be used against President Juan Manuel Santos in the 2014 presidential campaign.

According to the Caracol newscast, Hoyos left Colombia on Sunday evening. His political affiliates from the Democratic Center (CD) party are reportedly unaware of his current whereabouts.

The mysterious disappearance of the former political adviser’s comes just a few days after the Semana weekly publication revealed that the Prosecutor General Office’s Office is in possession of videos, audio recording and documents linking Hoyos with the spying allegedly carried out by hacker-turned-government witness Andres Sepulveda.

Hoyos came under fire after being recorded at the RCN headquarters in the company of Sepulveda trying to pass on information about “ways with which the FARC is threatening whoever decides to vote on President Santos.”

Sepulveda was arrested in early May after agents from the Prosecutor General’s technical investigation team (CTI) raided an apartment in northern Bogota, where they discovered surveillance equipment used to intercept electronic communications.

As revealed now, Sepulveda has accused the Zuluaga campaign, and specifically Hoyos, of enlisting him to sabotage the aspirations of fellow right-wing political heavyweight Francisco “Pacho” Santos, an ally of CD leader Alvaro Uribe and the cousin of President Juan Manuel Santos.

“They gave me the instruction: ‘hack’ Pacho Santos, and the hacking was done and Luis Alfonso Hoyos and David Zuluaga [,the candidate’s son,] read that information,” said Sepulveda.

Few days after the arrest, and just weeks before the first round of the elections, Hoyos took to the media to announce that he has resigned from the campaign and “[will] go now to defend myself on the streets.”

Initially, the former senator and Colombian ambassador to the OAS affirmed that he didn’t know where Sepulveda get his information from. “Andres [Sepulveda] told me that there was someone who knew of threats to the Democratic Center in the south … so I decided to get in touch with a serious journalist to verify the information,” explained Hoyos, before adding “if there were any links to illegal activity, Sepulveda must go to prison.”

In the article published on Friday, Semana documents from prosecutors’ interrogation of the accountant of the campaign of Democratic Center (CD) candidate Oscar Ivan Zuluaga.

According to the weekly, a payment of $95,000 was made by Zuluaga’s son David to the brother of hacker Andres Sepulveda. However, this sum was never declared to the National Electoral Council and it remains unclear where the money came from.

CD accountant Carlos Alvarez went on to say that the huge sum was a result of a settlement to avoid a lawsuit from the hacker against the Democratic Center Party for nonpayment of fees for their offices during the first round of the campaign. Due to a lack of clear accounting, it is speculated that the hacker’s brother was paid not from party resources, but directly from David Zuluaga.

The inquiry carried out by the Prosecutor General’s Office will ask several questions: Where did Zuluaga’s son get the resources to pay the brother of the hacker? Why was it not reported at first to the National Electoral Council? And why was money intended for the hacker instead given to his brother?

Remarkably, Hoyos is the fifth former official from the Uribe administrations (2002-2010) to flee the country as a consequence of problems with the law.

Andres Felipe Arias, the ex-minister of agriculture accused of embezzling $25 million fled before being sentenced to 20 years in prison, Colombia’s former intelligence chief Maria Del Pilar Hurtado fled to Panama over illegal wiretapping of the Supreme Court, the former peace commissioner fled the country over a falsified demobilization of FARC rebels just before the 2006 elections.

The last one one Colombia’s fugitive politicians list is former Urban Development Institute director Liliana Pardo, who was declared a fugitive on Monday. Pardo disappeared from the sight of prosecutors investigating her role in the mass embezzlement of public funds in Bogota at the end of the last decade.