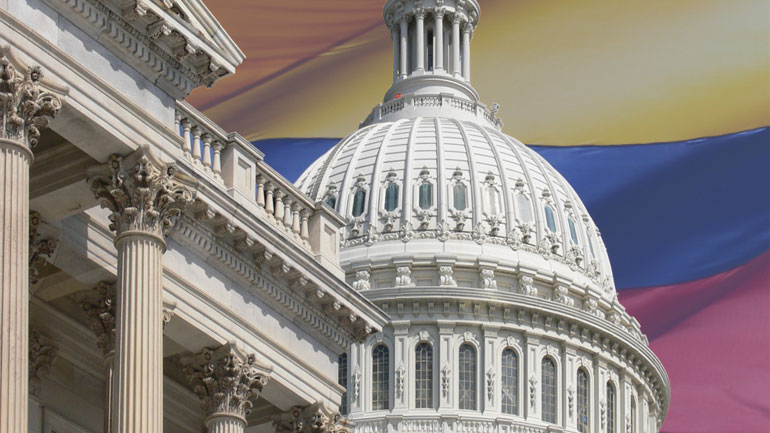 US Congress to debate progress, or lack thereof, in Colombia peace talks

The United States’ House of Representatives has called a hearing on the progress of peace talks in Colombia, a long-time US ally that has received billions of dollars in military aid.

Representative Ed Royce (R-CA) requested the hearing and called on the Special Envoy to the talk, Bernie Aronson, and Deputy Assistant Secretary for South America and Cuba Alex Lee to appear at a subcommittee of the House Committee on Foreign Affairs on Wednesday.

The chairman of the Subcommittee on the Western Hemisphere, Representative Jeff Duncan (R-SC), said the subcommittee will want answers about the progress of the talks as “these peace talks have been ongoing for two and a half years with more than 30 rounds of talks.”

At the same time, “the FARC has continued its attacks in Colombia and remains a US designated Foreign Terrorist Organization, and vital issues of victims’ reparations, disarmament, transitional justice, and how the final agreement will be approved, verified, and implemented remain outstanding,” Duncan said on the committee website.

The subcommittee chairman reminded the State Department that “the American people have given almost $10 Billion to support Plan Colombia and achieve the end of this conflict.”

The rebels and the government have since the beginning of the talks in November 2012 signed partial agreements on political participation, rural reform and the FARC’s abandoning of drug trafficking, but have failed to show significant progress in recent months, while violence around the country has flared up in the past month.

A Look Ahead — June 22-26 (House Committee on Foreign Affairs)