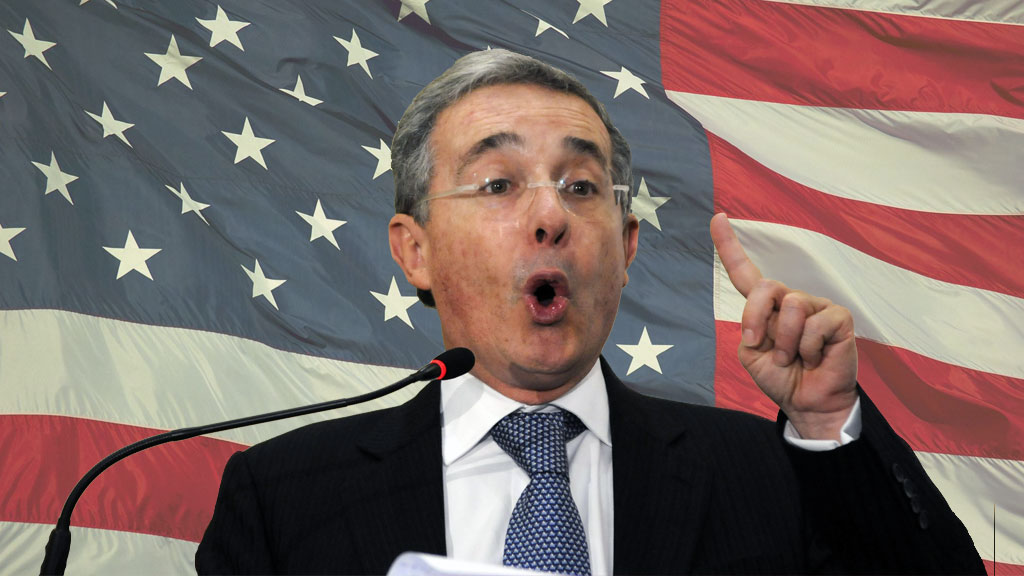 Uribe kicks off trip to Washington but keeps meetings secret

Former Colombian President Alvaro Uribe left for Washington DC on Tuesday to seek support for his opposition to peace talks with rebel group FARC. The president would not reveal who he would meet with.

The trip to the United States followed days of political polarization in Colombia where the former president had accused the government of his successor, President Juan Manuel Santos, and the Prosecutor General’s Office of politically persecuting his party while buying support for the talks that seek to end 50 years of armed conflict.

The agitation overshadowed the release of a report by a Historic Commission on the causes and perpetuation of the conflict, and the reasons the conflict cost 7 million victims. The 800-page report was highly critical of Uribe’s two terms in office between 2002 and 2008.

Additionally, claims by Uribe that he’s the victim of political persecution became even more explicit after a judge in Medellin ordered a criminal investigation over the former president’s alleged implicitness in a 1997 massacre in the state of Antioquia where he was governor at the time.

Was Uribe Complicit In A 1997 Paramilitary Massacre?

Uribe, who convincingly won a seat in the Senate in March last year, has ignored the report and discarded the criminal investigation as another attempt to persecute him politically.

Another possibility is that Uribe has not been able to get a confirmation on his intended meetings. Uribe himself said “I don’t even know” who he will meet, El Tiempo said.

While on Wednesday morning it was unclear whether Uribe actually has meetings, what was clear was that Uribe went to Washington to internationally expose “why the Democratic Center insists that the current peace process is an impunity process” and “why the Democratic Center insists that Colombia with this agreement can become a country within the realm of Castro-Chavism.”

The Washington-based think tank WOLA had asked the president to answer those and other questions about his controversial opposition to the peace talks if and when in the US capital.

Uribe’s opposition has caused increased tensions with Santos, who on Monday accused his successor of leading an “extreme-right” opposition that uses “fascist tactics” to prevent peace.

The Santos administration began negotiating peace with the country’s largest rebel group in November 2012. If successful, the talks would end 50 years of armed conflict between the guerrillas and the state.