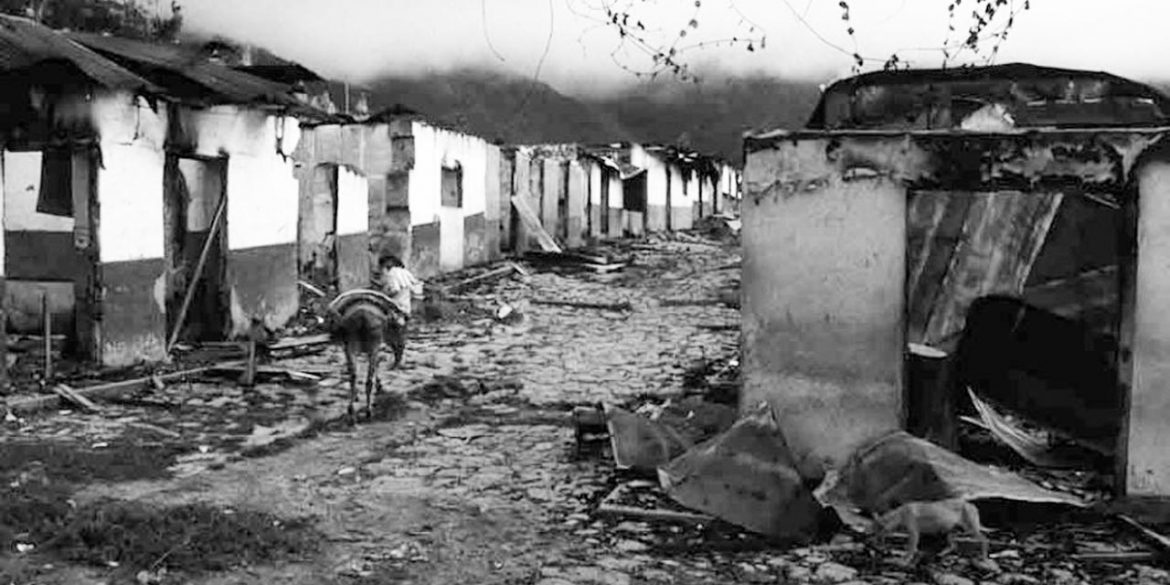 What was left of El Aro after the massacre (Photo: Semana)
News

A Medellin court ordered the investigation of former Colombian President Alvaro Uribe for his alleged involvement in a 1997 massacre that has been haunting the former head of state in spite the fact that a number of key witnesses have been murdered or extradited.

According to a court that has been sentencing paramilitary commanders, there is enough evidence to merit an investigation against Uribe who was governor of Antioquia when members of the paramilitary group AUC murdered 14 in El Aro, a village that was burned to the ground after the massacre.

The evidence consists of corroborated statements made by former members of the AUC and a local human rights worker who was assassinated months after the massacre.

On October 22, 1997, more than a 100 paramilitaries took over the town of El Aro allegedly to look for FARC hostages. During the three-day occupation of the town, the paramilitaries brutally executed 14 locals after which almost all cattle was stolen, the town set on fire and the local population displaced.

In a 2006 ruling, the Inter-American Court for Human Rights had already convicted the Colombian state of taking part in the massacre, forcing Bogota to pay compensation to victims and the families of victims.

This court established that members of the army’s 4th Division, local police and the governor’s office had either actively taken part or had failed to comply with their constitutional duty to protect the civilian population.

The international court also established that a helicopter belonging to the governor’s office was present during the massacre. Uribe’s Office was also held responsible for failing to provide the most basic assistance to the survivors of the massacre.

More importantly for Uribe, the court allowed the statements made by an assassinated paramilitary fighter and a human rights worker who both accused Uribe and his office of being complicit. 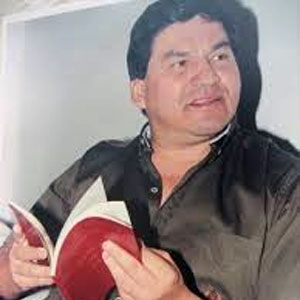 The first statement that directly accused Uribe of criminal behavior came from human rights defender Jesus Maria Valle, who had publicly cried for help months ahead of the massacre.

Valle was assassinated in February 1998.

In July 1997, three months before the massacre, Valle took to the media to force then-governor Uribe to take action against a paramilitary group that had been formed by the AUC and the military in the nearby town of Yarumal the year before and had already killed 150 locals.

According to several court rulings and prosecution reports, the formation of this paramilitary force was actively promoted by members of the 4th Brigade at the time commanded by General Alfonso Manosalva who died of a heart attack months before the El Aro massacre.

“Almost all the owners of community stores in the villages and townships have been assassinated. And the entire population suffers immense pain because it has no access to groceries. The pretext of ending the guerrilla movement is causing the suffering of the local population, children, women and the elderly,” Valle told press.

“Ever since last year I have asked the governor, Alvaro Uribe, and the commander of the 4th Brigade, then General Alfonso Manozalva, to protect the population of my town because from September to today, more than 150 people have died,” the human rights worker said in July 1997.

General Carlos Alberto Ospina, who replaced Manosalva after his death, denied the accusations and was supported by the then-governor whose office had failed to respond to the numerous calls for help ahead of the massacre.

“I have said that the reports of Mr. Jesus Maria Valle do not match with those given by neither the Brigade nor the Police. General Carlos Alberto Ospina has given an entirely different version. As governor, I have to support the security forces, give them credit, unless a judge — based on evidence — tells otherwise,” said Uribe in 1997.

In 2003, after having been elected president, Uribe promoted Ospina — whose subordinates helped the paramilitaries carry out the massacre — to Commander of the Armed Forces.

Following his resignation in 2006, Ospina became a professor at the National Defense University in Washington where he is still employed. 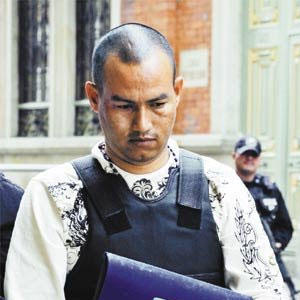 The second witness who linked Uribe and his Government Secretary, the late Pedro Juan Moreno, to the massacre was Francisco Villalba, a former member of the AUC who turned himself in after having conscientious objections to massacres the AUC and military would be planning.

Villalba made several statements in 1998 and 2008 in which Uribe was incriminated. However, the witness was assassinated in front of his wife and four-year-old son in 2009, months after surprisingly being released from prison.

According to Villalba, AUC commanders Carlos Castaño and Salvatore Mancuso had coordinated the massacre with members of the 4th Brigade and Police in a meeting that was also attended by Uribe and his brother Santiago who is currently investigated for allegedly founding a paramilitary group in the nearby town of Santa Rosa de Osos.

This meeting allegedly took place in a village called La Caucana three days before the incursion.

In that meeting, said Villalba, Uribe told the paramilitaries “to do what had to be done” to rescue eight hostages allegedly held by the FARC in the town. Uribe’s brother allegedly agreed to send 20 of his own fighters to help in the operation.

Villalba claimed to also have met Uribe after the massacre. “I knew it was Alvaro Uribe, because he presented himself. He talked to us and told us that the operation had been a success, that the hostages had left safe and sound.”

By 2008, the demobilized paramilitary had denounced the assassination of Jose Ardila, who allegedly coordinated the legal self-defense groups promoted and allegedly illegally formalized by Uribe in 1997.

Ardila “was testifying against Alvaro Uribe. They took him out of prison. He had been sentenced to 60 years and they made him disappear. I don’t know where he would be,” said the paramilitary who claimed that several prosecution investigators of the massacre had also been killed.

Villalba’s testimony is dubious, mainly because of important inconsistencies in his testimony; According to the former paramilitary, the meeting that allegedly took place ahead of the massacre was held in November, a month after the actual massacre.

Additionally, Villalba claimed that Santiago Uribe was referred to el “El Pecoso.” According to the former president, this was not the nickname of his brother Santiago, but of his brother Jaime Alberto, who died in 2001 and was romantically involved with Dolly Cifuentes, a prominent member of the Cifuentes-Villa drug trafficking family.

A third inconsistency was the fact that Villalba said that the commanding army officer to take part in the massacre was Manosalva who died months before.

While a number of claims made by Villalba are impossible to verify because of the witness’ death, paramilitary commander Salvatore Mancuso corroborated claims that the 4th Brigade commander Ospina, Uribe’s office and the Police were all in on the massacre.

According to Mancuso, the military agreed to keep the Red Cross and the Ombudsman’s Office away from El Aro until the paramilitaries were done with the operation. More importantly, the extradited AUC chief said that Uribe’s chief of staff had been informed about the pending paramilitary operations days before the massacre.

The paramilitary leader said that Uribe’s right-hand man Moreno had requested the meeting to coordinate the formation of legal self-defense groups in Antioquia that had been promoted by the then governor.

Mancuso also said that a governor’s office helicopter was present in El Aro at the time of the massacre. This claim was later corroborated by other witnesses and established by different courts as fact.

According to Uribe, the presence of the governor’s office helicopter “has been explained a 1001 times” even though none of these explanations have appeared in the human rights court documents.

Mancuso was illegally extradited to the United States in May 2008 as well as Cuco Vanoy, a second paramilitary commander who has been convicted for carrying out the massacre.