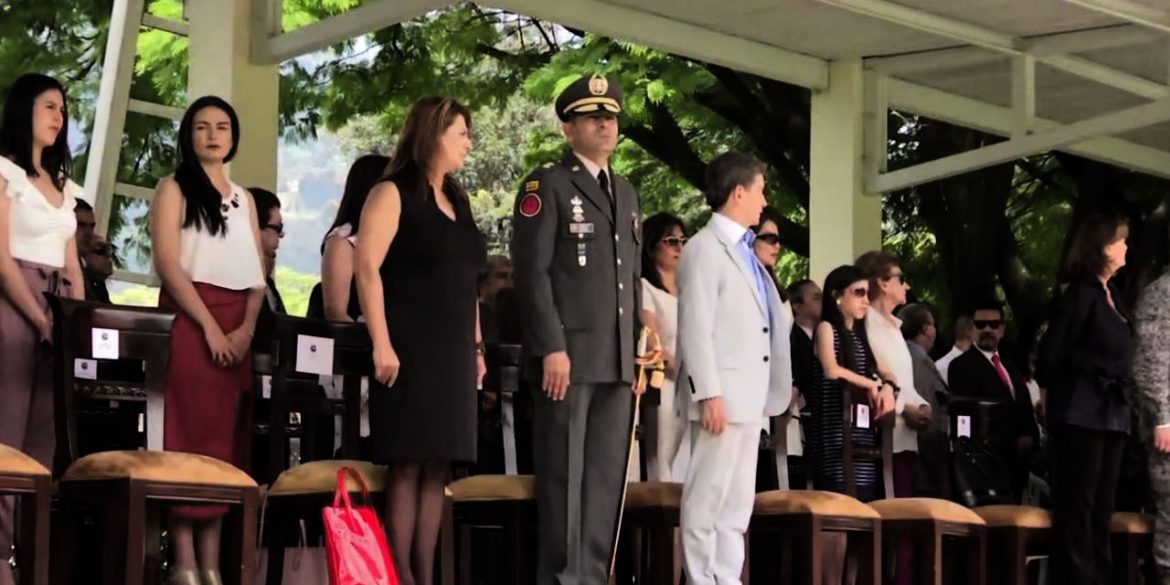 The Medellin Police Department and Colombia’s 4th Army Brigade played a key role in the Medellin Cartel and the formation of what is now known as the Oficina de Envigado.

In the 1960’s and 1970’s, when Colombian marijuana was in fashion in the United States, the so-called “gentlemen of drugs” as narcos like Pablo Escobar, were considered respectable businessmen who received support from the local police department and the 4th Brigade.

The gentlemen from Medellin provided the Caribbean mafia with pot from the surrounding Antioquia province and even as far south as Cauca.

The paramilitary origins of the Medellin mafia

The DSC from Envigado and the DOC from Medellin were formed in 1968, and gained force under Escobar with the support of police and mayors in the late 1970’s and early 1980’s.

At the height of their power, the gangs emulated Escobar, helped the community with money and public works and were offered money. In times of peace they organized festivals and went up to the communes escorted by the police.

The ties between the narcos, the local gangs, the Medellin Police Department and the 4th Brigade got even stronger in 1981 when they found a common enemy, the M-19 guerrilla group.

After these guerrillas kidnapped Martha Ochoa, the sister of two founding members of the Medellin Cartel and a personal friend of Uribe, Escobar and his associates founded Death to Kidnappers (MAS), a paramilitary group that would later become the Medellin Cartel.

Theoretically, Security and Control should disappear. But, I wonder how to do it without the security of a sufficient number of police officers? Isn’t their questionable legal status not a warning about the imperative of a municipal police, or at least be fixed and assigned to the municipality to give the mayor a chance to do his duty as head of law enforcement?

The “gentlemen” lost their social status in Bogota after Escobar got kicked out of Congress in 1983, the cartel assassinated Justice Minister Rodrigo Lara in 1984, and the US demanded their extradition.

The terrorism used in opposition to an extradition pact with the US government was mainly a problem for innocent civilians, politicians and the National Police in Bogota.

In Medellin, the cartel could still find loyal allies in the local elite, the Medellin Police Department and the 4th Brigade.

The cartel’s 1989 bombing of Avianca flight 203 that killed 107 people, for example, would not have been possible without former Army mayor Oscar Echandía and Medellin Cartel founder Gonzalo Rodriguez, a.k.a. “El Mexicano,” who in flew in 11 British mercenaries to give explosives lessons to cartel members and paramilitaries.

The death of Major Castaño and the troubles of the other officers, almost all students in my group at the Military School, taught me many things about drug trafficking and its relationship with us, the military. One of them is that although the Colombian mafia was born and organized around families and groups like those of Escobar and the Ochoa, it does not owe its strength as an organization to this. It owes it to the military organization that knew how to copy.

From the Medellin Cartel to La Oficina

Pressure from Bogota and Washington DC became too much in 1991 and Escobar agreed to go to his self-built jail, La Catedral.

The cartel split after the drug lord killed associates Fernando Galeano and Gerardo Moncada, which turned the local narco elite, the local police and associates against him.

According to “Popeye,” one of Escobar’s late hitmen, “blabbermouth” General Jaime Ruiz, the former commander of the 4th Brigade, helped the drug lord escape.

Escobar’s cartel days were counted though as the local elite, the police and the 4th Brigade took sides with one of Galeano’s enforcers, “Don Berna,” who turned the cartel’s local enforcer army into what is now known as the Oficina de Envigado.

The legendary drug lord was dead in 18 months and Berna became the new best friend of the local elite and security forces, and a founding member of paramilitary group AUC.

Their extreme violence triggered the US to put the AUC on its list of terrorism organizations in 2001.

Fortunately for the Medellin mafia, the AUC terrorized Colombia to vote Uribe president, allowing Berna and La Oficina to run Medellin together with then-4th Brigade commander General Mario Montoya and the local Police.

When Berna began talking about his ties to the local elite, the military and even accused Uribe of ordering the assassination of his former campaign manager, the 15-year-long friendship came to an end.

Uribe surprisingly extradited the Oficina leader to the US in 2008 and Berna stopped talking. His lieutenant, “Rodrigo,” surrendered soon after.

The Medellin elite, the local police and the 4th Brigade maintained La Oficina intact with the help of the powerful Villegas family, and the brother of Senator Jose Obdulio Gaviria, Jorge, both cousins of Escobar.

With the DEA off their back, they all lived happily ever after.