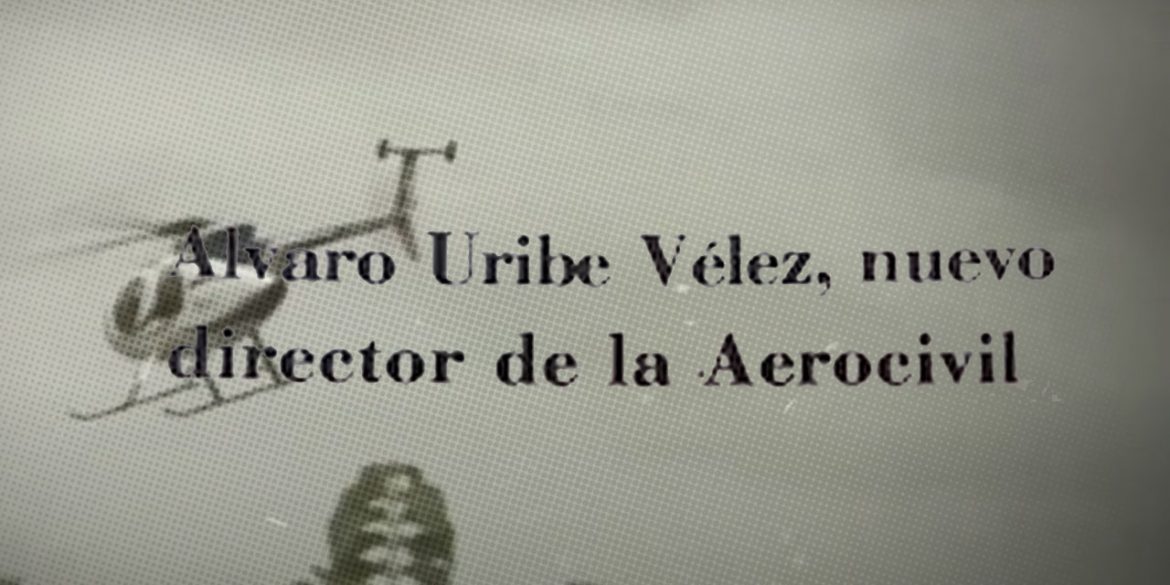 Colombia’s former President Alvaro Uribe became a major asset to the Medellin Cartel after the controversial politician was appointed director of the country’s civil aviation agency in 1980.

Before that, the Uribe family was already close to the Ochoa crime family, which helped late drug lord Pablo Escobar form the cartel, the former President told newspaper El Tiempo in 2002.

But it was during 1978 and 1982, the year that Uribe left civil aviation agency Aerocivil, that the drug trade of Escobar and his partners really started making money, according to late Justice Minister Rodrigo Lara, who was murdered by cartel assassins in 1984.

Drug trafficking in Colombia has, let’s say, a starting point, a breaking point, which is from 1978 to 1982.

The murder that got Uribe appointed 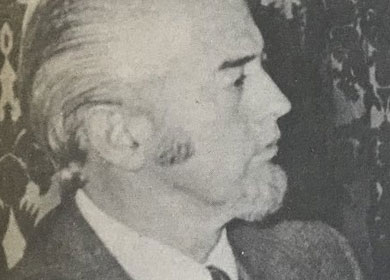 Escobar and one of his main former associates, Carlos Lehder, began flying cocaine from Colombia to Florida via the Bahamas after 1975.

This was raising suspicion with civil aviation chief Fernando Uribe who announced in 1979 he was going to enforce the law over a growing number of illegal airstrips used by the narcos.

The Aerovil chief didn’t make it until the end of the year. He was shot five times and died in Medellin in December 1979.

Two theories have been gaining credibility in Bogota: it could be a mistake by the gunmen, or a retaliation by the drug trafficking mafias for the announcement that he was going to try to control the clandestine airports.

Uribe goes on a narco-licenses binge

Instead of going against the cartel, the new Aerocivil chief told press he wanted to “decentralize airports”.

Uribe’s “decentralization” binge resulted in him granting more licenses in 18 months than Aerocivil had done in 40 years.

Almost one in 10 of the licenses ended up in the hands of associates of Escobar, Lehder and Ochoa, according to senior journalist Ignacio Gomez.

From 1954 to 1981, the state had granted 2,339 licenses, and during the 18 months he was in office, he granted 2,242 licenses, with the aggravating circumstance that many of these, approximately 200, ended up in the hands of drug traffickers.

Colombian press found out in 1983 after a new director was appointed to Aerocivil, that among others, Uribe granted two airplane licenses to Lehder’s sister, and five to the brother and three to the cousin of Gonzalo Rodriguez a.k.a. “El Mexicano”.

When he was director of Aerocivil, he authorized the airstrip at Hacienda Napoles. It was paved and perfectly visible from the sky, from a satellite. I suppose the Americans at the time had pictures of it. He authorized the strip knowing it was for Pablo Emilo Escobar.

Uribe personally gave the order to grant Antonio Correa a license for a Hughes 500D helicopter, which would get the family in trouble in 1984, according to Aerocivil documents.

The same documents showed that Israel Londoño, a brother-in-law of the Ochoas, received a license for a Bell 206 helicopter, which got Uribe accused of murder in 2006. 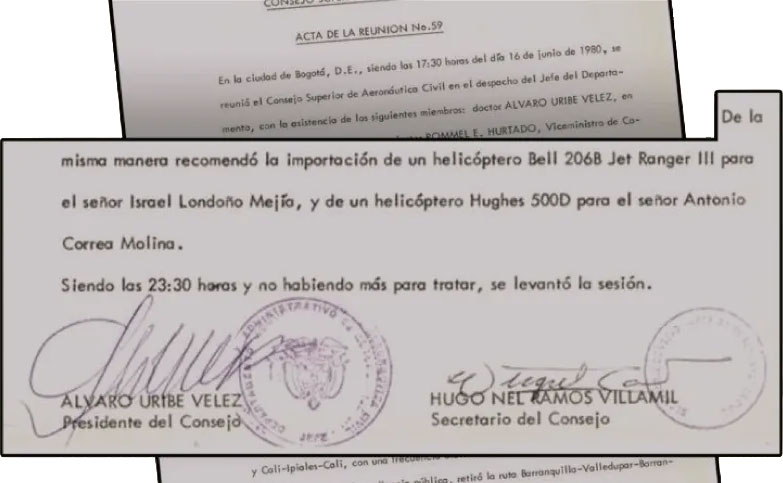 Uribe gets caught, but gets away 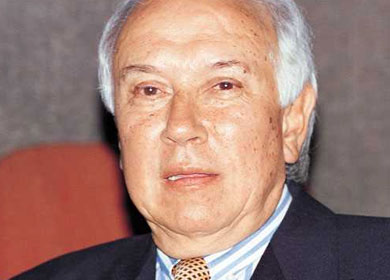 In 1981, former Latin America’s editor Joseph Contreras, discovered that ironically, it was the father of President Ivan Duque, who was governor of Antioquia at the time, who first rang the bell in 1981 after finding out that Uribe had granted a flight route to convicted drug trafficker Jaime Cardona.

According to Contreras, Duque Sr. called Uribe and told him that “in case you didn’t know, this is a businessman who is linked to the mafia.”

Uribe told the governor stone cold that Cardona was “a good man.”

The license was revoked after Duque Sr. personally reported the incident to the president, but neither the president’s father nor Turbay did much else and Uribe remained in his post until Turbay left office in August 1982.

Escobar gets caught, but doesn’t get away 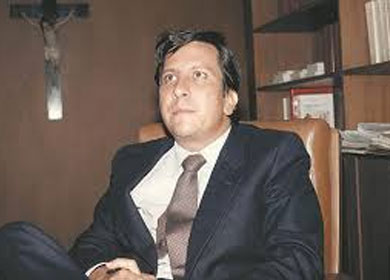 Escobar took office in the House of Representatives on July 20, 1982, one month before President Belisario Betancur (Conservative Party) took over from Turbay.

Betancur appointed Uribe Mayor of Medellin, which didn’t go very well as he lasted only 112 days.

Escobar was forced to stop pretending he was a legitimate politician in 1983 after Lara, who was appointed justice minister in August that year, revoked many of the licenses Uribe had granted to the cartel in September. 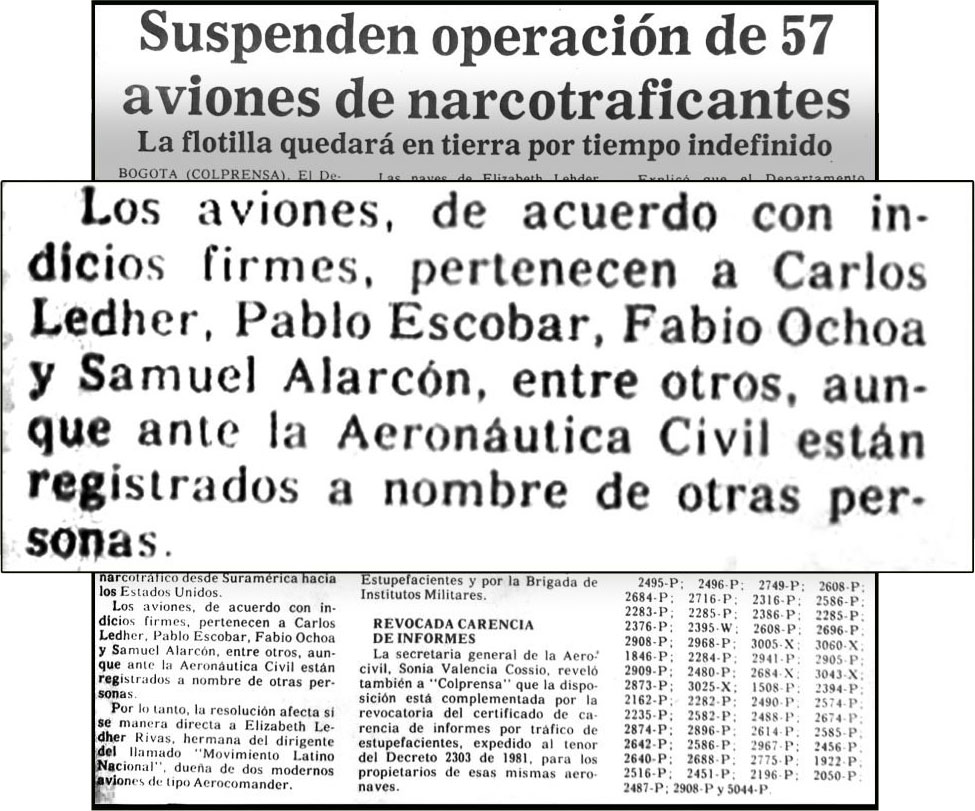 “The airplanes converted drug trafficking into a major threat to the country,” the minister told journalists. Among the suspended helicopter licenses was that of the Bell 206 helicopter Uribe’s father bought from the cartel just before his death in June.

The planes, according to strong indications, belong to Carlos Ledher, Pablo Escobar, Fabio Ochoa and Samuel Alarcon, among others, although they are registered in the name of other people at Aerocivil.

Uribe gets linked to Escobar and people start dying 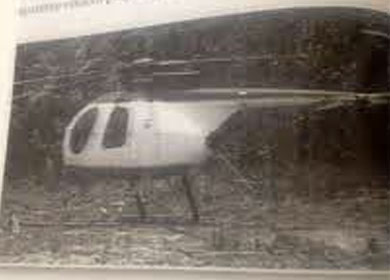 The Uribe family helicopter at “Tranquilandia”

Uribe really got in trouble when the National Police and the Drug Enforcement Administration discovered Tranquilandia, the Medellin Cartel’s largest cocaine factory, in March 1984.

During that raid, the police found the Hughes 500 helicopter Uribe had licensed to Correa, but turned out to be property of president Uribe’s late father.

Colonel Jaime Ramirez, who led the Tranquilandia operation, reportedly told investigators that Lara had warned him that “if they were going to try to kill him it would be the owners of what we seized in Yari.”

“I asked him to explain and he told me: ‘Yes, the owners of the helicopter and the airplanes that were confiscated in Yari’,” Ramirez reportedly said. The colonel was murdered by cartel assassins in 1986.

A 20-year-long trail of blood 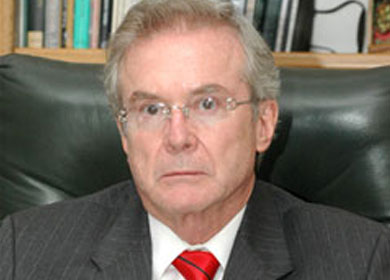 The justice minister and the top counternarcotics cop weren’t the last to die in relation to the helicopters found at Tranquilandia and confiscated by Lara.

The Bell 206, which was licensed by Uribe personally in June 1980 and confiscated in September 1984 reappeared, albeit in pieces in 2006 with the body of Pedro Juan Moreno, Uribe’s former chief of staff, inside it.

While Uribe was governor of Antioquia in the late 1990’s, Moreno was his alleged intermediary with paramilitary group AUC, specifically “Don Berna,” who inherited Medellin crime syndicate Oficina de Envigado from Escobar .

I talked to Don Berna and he said that Pedro Juan had been very close with former governor Alvaro Uribe, who got into a fight with Pedro Juan and ordered him killed.

Berna on multiple occasions admitted that his paramilitary group sabotaged the helicopter in which Moreno was campaigning in 2006 at the orders of Uribe.