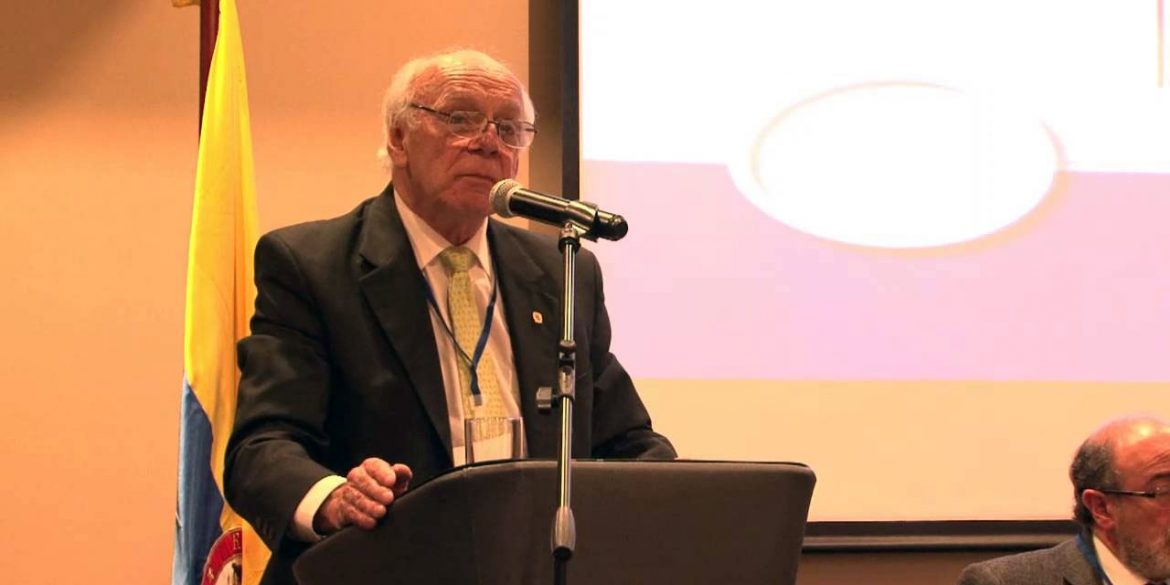 Retired General Jaime Ruiz is a guy you don’t want to mess with, Senator Roy Barreras found out after death threats forced him to send his children abroad.

Ruiz is the decorated director of veterans association Acore and one of the most extremist members Colombia’s armed forces ever had.

In a press conference, Barreras said the retired general “unleashed a full-blown media war this weekend and delivered my phone number to all his networks” after which the senator received more than 500 messages ranging from insults to death threats.

The president of the congressional peace commission said he had sent his children abroad because of the apparent threat.

He was director of intelligence and counterintelligence [BINCI], knows how information is handled. He was commander of the 4th Brigade [in Medellin] in 1988 and 1989, and immediate superior of [retired general] Rito Alejo del Rio, now convicted of several crimes, and one could understand that his fanaticism against peace, the [war crimes tribunal] JEP, is due to fear of the truth.

Barreras has a point. Ruiz has a a history that leaves more questions than answers that fall under the jurisdiction of the JEP.

According to multiple investigations, the current director of Acore was a member of Triple A, a terrorist unit of the BINCI that was commanded by late General Harold Bedoya and Ruiz in the late 1970s.

Through statements of the members of the battalion itself it became known that a series of threats to journalists, bomb attacks on media critical of the government, cases of torture, disappearances and murders were perpetrated by members of BINCI, using for this purpose the facade coverage of Triple A.

As commander of the 4th Brigade, Ruiz was one of the main guys trying to combat the Medellin Cartel and its leader, Pablo Escobar, or at least that is what the retired general wants you to believe.

Ruiz obviously never caught Escobar. In fact, according to retired colonel Augusto Bahamon, the Medellin Cartel “paid for the maintenance of the vehicles of the Intelligence Section of the 4th Brigade.”

According to “Popeye,” one of Escobar’s lieutenants, it was the “blabbermouth” general who was responsible for the drug lord’s escape from his self-made prison in 1992.

Previously, the former commander was already investigated by the Medellin prosecution for his alleged role in the 1988 kidnapping and assassination of Inspector General Carlos Mauro Hoyos.

Ruiz claimed credit for solving the murder in 1989. What the retired general wouldn’t boast about is that he was a suspect in the killing of the inspector general who was investigating how cartel money was used to arm paramilitary groups that would later develop intimate ties with the 4th Brigade.

“According to the prosecution, the officer retained, concealed and altered documents that should have served as evidence in the ongoing judicial investigation, in addition to knowing from the beginning where the inspector general was hidden and murdered,” according to a report on state terrorism in Colombia.

While not exactly capturing Escobar, Ruiz was openly accusing labor unions of carrying out illegal activity for the FARC, the ELN and the EPL. Consequently, the labor unionists said, they were being “exterminated” by “sicarios” who were allegedly paid and armed by narcos.

Tell me who your friends are…

What Ruiz is doing pretending to represent Colombian veterans is a mystery. Many of the former general’s former army buddies like Rito Alejo del Rio and Mario Montoya have respectively been convicted or charged for some of the worst war crimes committed during the conflict.

Barreras may be right that Ruiz is afraid. Both Montoya and Del Rio have submitted to the war crimes tribunal and are expected to tell the truth about their crimes and their accomplices. The Acore director could be expecting a call soon.