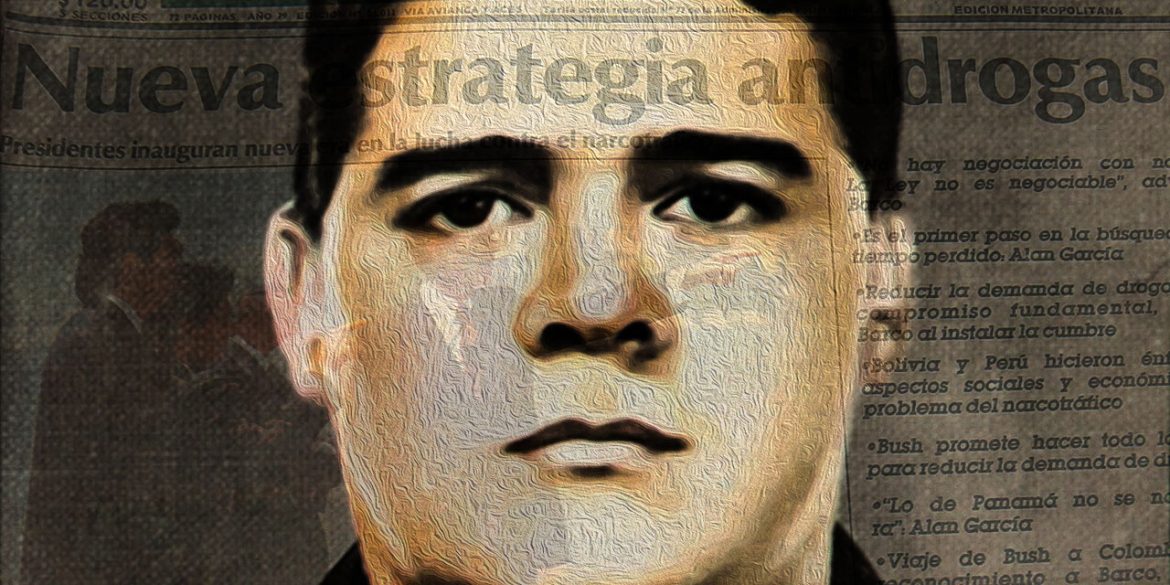 When retired General Ricardo Restrepo was Colombia’s counternarcotics chief, drug trafficking spiraled out of control. The top police official was mingling with the mafia.

Restrepo’s appearance in the Instagram profile of a late drug money launderer surprised many as the general was supposed to catch the bad guys, not hang out with them.

The latest revelations of Restrepo’s organized crime ties are not new, though. They first arose  in 1990 when his Medellin-based Special Operations unit was accused of terrorism in collusion with the Cali Cartel.

He was able to witness that COPES members tortured, robbed, looted offices and residences, massacred and dressed their victims in combatant’s clothing and placed weapons and explosives in their hands. He also recorded the well-founded rumor that the persecution work against the Medellin cartel and its leader Pablo Escobar led by COPES was promoted and financially sponsored by the Cali cartel.

The COPES unit was formed two years before the legendary Search Bloc and paramilitary group Los Pepes which came into being in response to the terror imposed by Escobar who at the time was engaged in a full-blown war with the state.

Presumably because of its alleged terrorist activity, Restrepo’s COPES unit has been shrouded in secrecy. Only Porras’ account indicates that Restrepo’s unit was a prototype of what would later become the Search Bloc, which received support from the Cali Cartel, Los Pepes and the Unites States after 1992.

The unit was formed in reaction to the 1989 assassination of Liberal Party presidential candidate Luis Carlos Galan. Its initial commander Colonel Oscar Pelaez, however, is accused of being complicit in this homicide.

Two of Restrepo’s team mates, Hugo Aguilar and Julio Santoyo, would join the Search Bloc and ultimately destroy its reputation.

Aguilar was thrown in prison for using paramilitary groups to get elected into Congress and Santoyo’s brother Mauricio was extradited to the United States for his ties to Escobar’s successor, “Don Berna,” one of the founders of Los Pepes.

The narcos and the police

The US-sponsored alliance between Colombia’s government, the security forces, the narcos from the Cali Cartel and the Norte del Valle cartel, and Los Pepes marked the beginning of a whole new era.

After killing Escobar in 1993, the coalition went to war with the increasingly powerful leftist guerrillas of the FARC and ELN.

Ironically, Escobar’s death in late 1993 ushered in a golden age for drug trafficking as the National Police joined the National Army to fight communism instead of crime.

In Antioquia, former Medellin Cartel associate Alvaro Uribe became governor in 1995. The Gnecco crime family had already taken control over the government and the local police in Cesar in 1992.

In 1996, Gnecco formed a paramilitary group with Salvatore Mancuso, the right-hand man of former Pepes leader Carlos Castaño, and Uribe allegedly financed the foundation of Bloque Metro, which was led by former Pepes member “Doble Cero.”

Restrepo had returned to his native city of Caldas where he became the police’s intelligence chief.

While Restrepo was fighting Escobar in Medellin, Marquitos Figueroa was smuggling anything from gasoline to cocaine in the northern Guajira province.

Their paths didn’t cross until 2011 when Restrepo was appointed the National Police commander over the Caribbean region where, under the wings of the Gneccos, Figuroa had become the main crime lord thanks to an alliance with now-defunct guerrilla group FARC and an enforcer army of approximately 800 men.

The police chief was walking into a hornet’s nest as there were tensions inside the Gnecco family over who would become governor in 2012 that destabilized the underworld.

One of Figueroa’s money launderers, Jose Guillermo Hernandez, allegedly ordered the assassination of a businessman he owed money to in the coastal city of Barranquilla after someone threw a grenade at his home.

The son of “Godmother” Cielo Gnecco, Luis Alberto Monsalve, won the 2011 election and became governor and her cousin Juan Fernando Gomez became governor of La Guajira. Their consolidation of power was short-lived.

In early 2013, Journalist Gonzalo Guillen, political analysts Ariel Avila, Leon Valencia and Claudia Lopez released a book, “A Hot Border,” in which they exposed the ties between Figueroa, the local elites, the FARC and the police.

The authors went into exile after finding out the narco ordered to have them killed from his hideout in Venezuela.

Figueroa was forced to move to Brazil after rival drug traffickers tried to assassinate him.

Ironically, and perhaps tragically, Restrepo was called back to Bogota to lead the National Police’s counter-narcotics unit in September. The prosecution arrested Gomez a month later.

The new anti-narcotics chief announced the arrest of Figueroa’s right-hand man in Barranquilla after the United States issued an extradition warrant. Restrepo’s department wasn’t even looking for “El Boni.”

In fact, Colombia’s counternarcotics police didn’t do much at all while the general was in charge. In the three years Restrepo led Counter-narcotics, potential cocaine exports went up from 165 tons to 392 tons.

Police were reportedly investigating why the drug trafficker had exactly the same name as former President Alvaro Uribe’s driver during a staged bomb attack in the coastal city. The investigation into the propaganda stunt cost that cost four lives never led anywhere.

Figueroa was arrested in Brazil in 2014 thanks to the help of Colombia’s police intelligence department and extradited in 2016.

Restrepo was promoted to be deputy director of the National Police in February 2016 and took pictures with the drug money launderer in December.

The general retired in January 2018. The money launderer he posed with was murdered in Brazil in May 2019.

Four years after his extradition, Figueroa has yet to be convicted while the Gnecco clan remains in control of the government of Cesar.