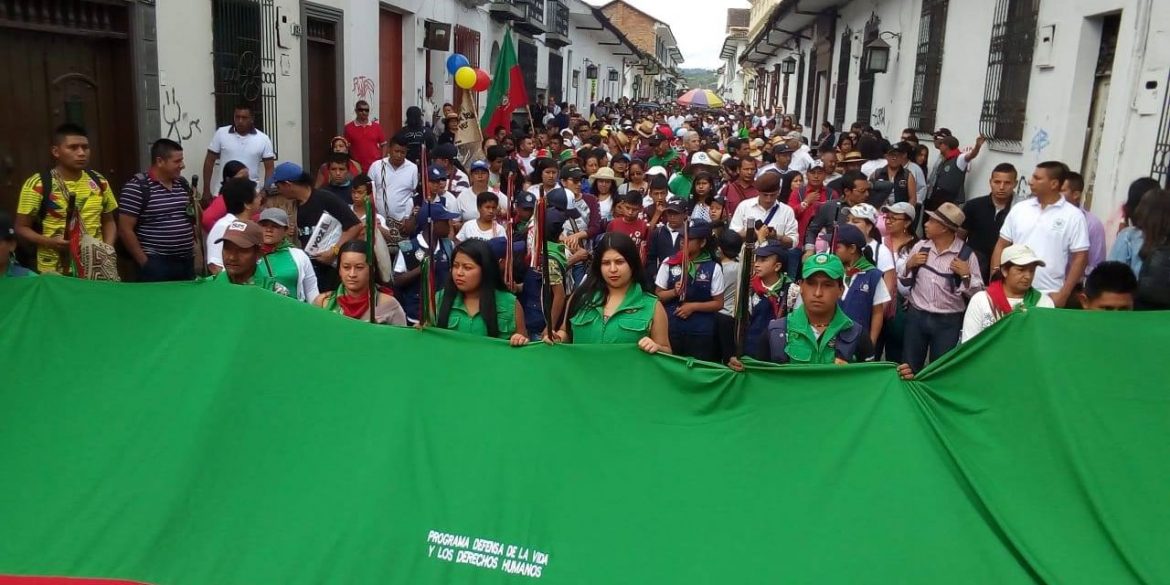 A group claiming to be Mexico’s Sinaloa Cartel claimed responsibility for the attempted massacre of a group of native Colombians in the southwest of the country on Saturday.

In the last month alone, six native Colombians have been murdered, 15 survived assassination attempts and communities received as many as 30 death threats.

The attack came less than 24 hours after national indigenous organization ONIC declared a humanitarian emergency over an escalating wave of violence targeting indigenous people throughout Colombia.

According to the ONIC, the escalation of ethnic violence began after a peace agreement with the FARC that left a power vacuum in the often remote regions around indigenous territories, got worse after President Ivan Duque took office in August last year and escalated to unseen levels after the indigenous peoples called a “Minga,” a mass mobilization, in March to demand attention for their plight.

In Cauca, which has seen most violence, a group calling itself the “New Generation Sinaloa Cartel” threatened to kill any member of regional indigenous authorities earlier this month.

The Duque administration, which can count on the support of the far-right, has all but ignored the increased assassinations, attacks and threats, according to the indigenous leaders.

“We have issued alerts and statements denouncing these acts, but we have not received any kind of response from State institutions,” the ONIC said in a press release on Saturday in their latest attempt to generate attention and a state response for what they have begun calling a genocide.

The president on Saturday said he “energetically rejected” the violence “by the drug traffickers,” ignoring the fact that much of the violence would be considered hate crimes in other countries or stem from land disputes between indigenous peoples and, for example, large land owners and the oil and mining industry.

At one of his weekly public performances, the president asked Interior Minister Nancy Patricia Gutierrez, Defense Minister Guillermo Botero and the military “to take the best decisions on prevention, but also to look for those who are responsible and bring them to justice.”

Elements within the military are widely believed to be behind the Aguilas Negras, a far-right group that has sent many of the death threats against indigenous peoples. Gutierrez and Botero on multiple occasions have stigmatized indigenous peoples demanding respect for their rights.

The president’s political patron, former President Alvaro Uribe, in April went as far as claiming that indigenous protests were “supported by terrorism.”

Despite reiterated requests and the excessive violence targeting Colombia’s ethnic minorities, Duque has so far refused to personally meet with indigenous leaders.