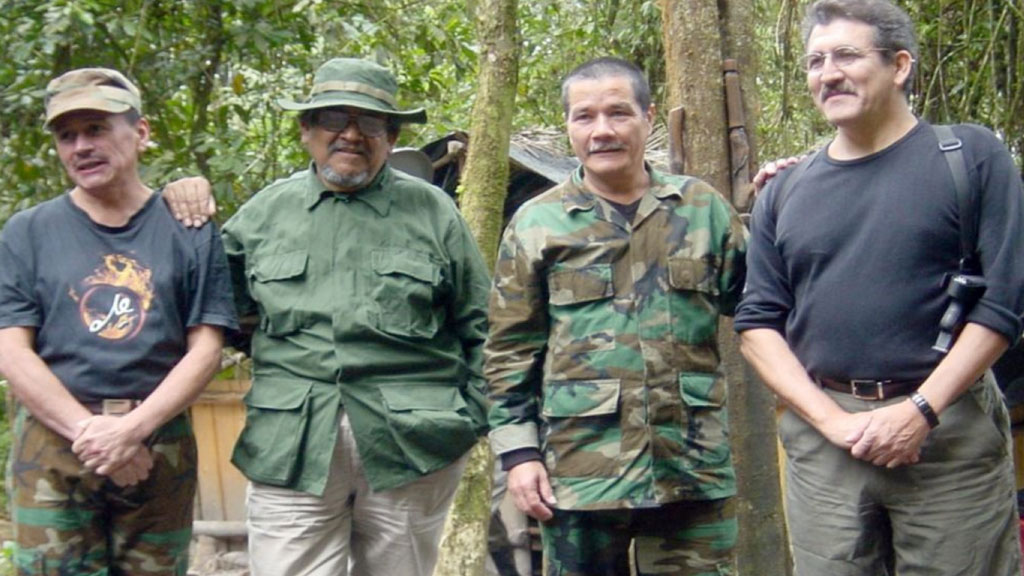 The agenda for eventual peace talks between Colombia’s government and the country’s second largest rebel group, the ELN, is long from final, a guerrilla leader said.

In the past months, President Juan Manuel Santos has on few occasions mentioned that efforts are underway from the government to explore the possibility of peace talks with the ELN.

Santos has called these processes “complicated,” while the ELN has complained about a lack of will from the government to compromise.

The rebel group told the Colombian government last week that they want to take the preliminary talks further. However, according to ELN commander “Antonio Garcia” the agenda for these talks have yet to be signed off on.

In an interview with Argentine news website Marcha, Garcia, whose real name is Eliecer Chamorro, talked through the details of the early stages of negotiations between the rebel group and the Colombian government.

According to Garcia, the agenda points that have been agreed by the two sides until now include: participation of society, democracy for peace, victims rights and the implementation of the agreement. Two pending issues proposed by the rebels are transformations necessary for peace and the practicalities of the end of the armed conflict.

The leader of the rebel group shed more light on some of the points discussed so far.

“In the participation of the society point, the objective is that the peace process transforms the way politics are made in the country. By democracy for peace, we understand efforts to recognize and define what has to be done in order to achieve comprehensive and genuine democracy in Colombia. For the victims’ rights point, we have to collectively address the following issues: displacement and its causes, the truth, justice, reparations, pardon and memory,” said Garcia.

As for the points that haven’t been negotiated yet, the ELN commander explained that “the same people that are involved in peace talks have to identify the aspects of transformation. Peace does not come about automatically the day the agreements are signed.”

Garcia admitted that thus far the talks have been rocky and have showed little progress.

“All of the points in the agenda are contested. It seems strange, but it’s the result of a high-handed attitude which the government representatives bring to the meetings. The government prohibits us from discussing issues related to the National Army, the economy, the state, national sovereignty, the origins of the conflict. There are so many proscriptions that a question arises: what are we even going to talk about?” said the chief of the ELN.

“The government claims the process is slow and that it is our fault. For us the lesson is well learned: the government is not in the hurry to make peace reality, even if it claims otherwise,” added Garcia.

According to the guerrilla commander, the rebel group is willing to work with all intensity and dedication to facilitate the development of the agenda for the peace process, but only as long as the government recognizes the political nature of the conflict.

“The democratization of the country is fundamental and the state has to recognize that the conflict has a political nature. It’s an essential condition for us to be able to begin the talks. The conflict is not of an ideological nature. It is not motivated by profiting from illicit businesses. And it’s nature doesn’t lay in terror. It’s nature is political, which is confirmed in the ways it broke out,” insisted the ELN leader.

At the same time, Garcia strictly denied the guerrilla’s link to drug-trafficking, asserting that it has never had crops or laboratories, smuggling routes, businesses or distribution networks.

The ELN leader reiterated the group’s ambition to place the Colombian society at the center of negotiations, while maintaining that it has to speak with its own voice. “We want to establish an agenda which opens and allows the society to identify and define the country of its dreams. An inadequate agreement can be more detrimental to the people than the conflict.” said Garcia.

On the prospect of positive conclusion to the negotiations, Garcia said: “Only time will tell if these talks turn out more successful. But it is necessary to engage in them,” before adding “we are not poised to sign just any agreement. We want to make proper use of time to create an agenda that contains solutions essential for the peace process.”

In response to the latest comments from the ELN, Interior Minister Juan Fernando Cristo insisted that both the government and Colombians are expecting definitive actions from the rebel group that would demonstrate their willingness to reach an agreement and further the peace talks.

“I would like to tell the ELN: less talking and more actions that demonstrate their will to enter real negotiations. I think the government has shown its willingness and hope that the guerrillas continue taking steps in the right direction,” said Cristo on Monday.

The Marxist ELN was founded in 1964 and has since taken part in several unsuccessful peace talks.