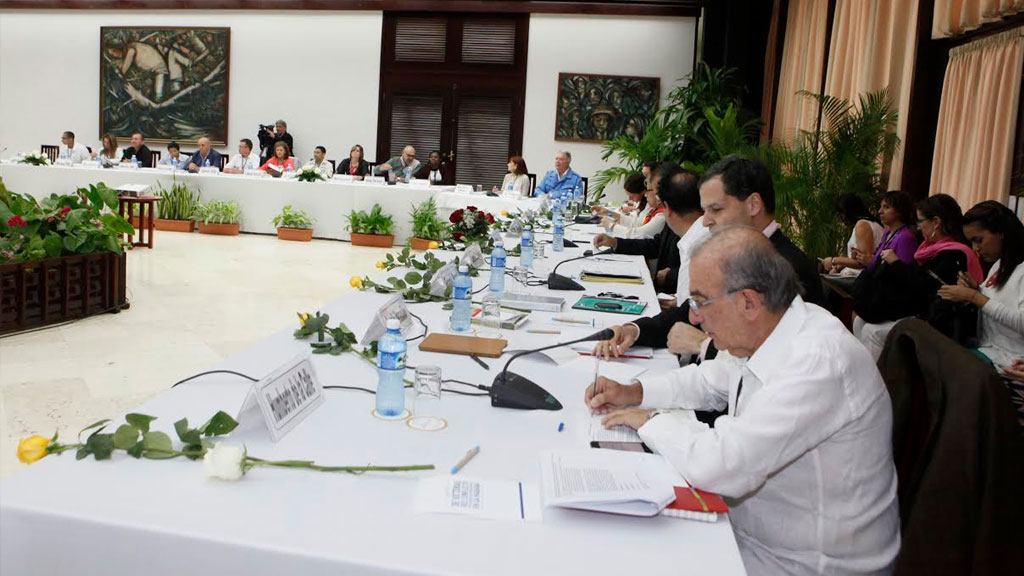 Colombia’s peace talks resumed on Friday amid an increase in violence and with a refreshed government negotiation team.

Colombia’s foreign minister Angela Holguin and one of the country’s most powerful leading businessmen, Gonzalo Restrepo, joined the 37th round of talks in Havana, Cuba as the latest additions to the government team.

The resumption of peace talks comes at a desperately critical time for Colombia as the government and rebel group enter the 52nd year of conflict and this round is the first after the FARC last week suspended their unilateral ceasefire.

The Colombian government and rebel group will discuss a report on a pending joint landmine removal process to be carried out in the departments of Antioquia and Meta, a project that both parties have agreed upon as part of efforts to deescalate the conflict while talks are ongoing.

Negotiations have so far achieved partial agreements signed on rural reform and political participation, both considered the main causes of the conflict, and drug trafficking, which has fueled the violence since the 1980s as it provided the necessary revenue for the FARC and government-aligned paramilitary groups to finance the war.

The two teams are furthermore currently negotiating how to compensate the victims, how to achieve justice for the tens of thousands of crimes committed by both parties, and how to reintegrate demobilized FARC fighters in the event of a final deal.

However, no progress on the substance of the negotiations agenda has been reported since May last year.

The FARC suspension of the unilateral ceasefire that ran for five months has resulted in an escalation of violence in the last weeks. Reported violence during the ceasefire was reduced by 90%.

Guarantor countries Cuba and Norway on Wednesday urged the government and the rebel group to agree on a bilateral ceasefire, enabling talks to progress. The representatives expressed their “profound concern with the current escalation of violence” and said to “regret the loss of lives this has cost” in what should be the final stretch of the talks that began in 2012.