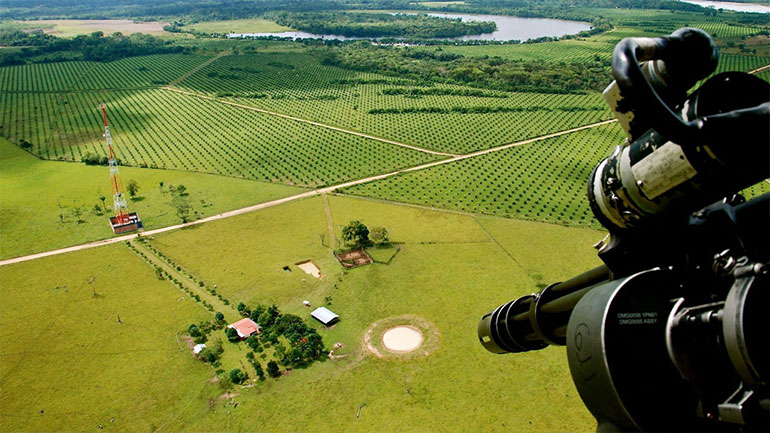 The use of airstrikes was one of the main strategic elements that severely reduced the FARC‘s military capacity ahead of peace talks with the rebel group. Colombia’s neo-paramilitary groups are the next target for airstrikes.

The country’s Prosecutor General’s Office approved a directive that allows the military to use its aerial firepower, including bombardments, to combat neo-paramilitary groups like “Los Urabeños,” who will become Colombia’s largest illegal armed group in the event the FARC signs peace, a historic event planned for March next year.

Until recently, the government only used ground operations against the groups that formed from the now-defunct paramilitary organization AUC, using airstrikes only against the FARC and ELN, both formally deemed terrorist groups.

But in the beginning of November and in an unprecedented move, 12 members of the “Urabeños” were killed in the first airstrike against the neo-paramilitary drug traffickers in Colombia’s history.

The strike in the northwestern Uraba region may have been the first in the history of the paramilitaries, but it’s not going to be the last.

Colombia’s Prosecutor General on Friday signed a directive in which his office formally gave permission to use airstrikes against criminal organizations not formally deemed terrorist or a military objective.

The directive comes amid a cessation of airstrikes on the FARC and only months before the guerrilla group is expected to sign peace with the government.

It also comes after years of impressive territorial expansion of the Urabeños, who have used old AUC drug routes and have become the country’s primary human rights violator.

Groups like the Urabeños, the Rastrojos, the Libertadores de Vichada and the newly formed FIAC could take over the FARC’s role in drug trafficking and other illegal activity, but without the “terrorist” status, making it legally difficult to use extreme violence like air bombardments.

This is currently only possible in emergency situations and require a presidential decree as the military’s task is to protect national security, not public security, which is a police responsibility.