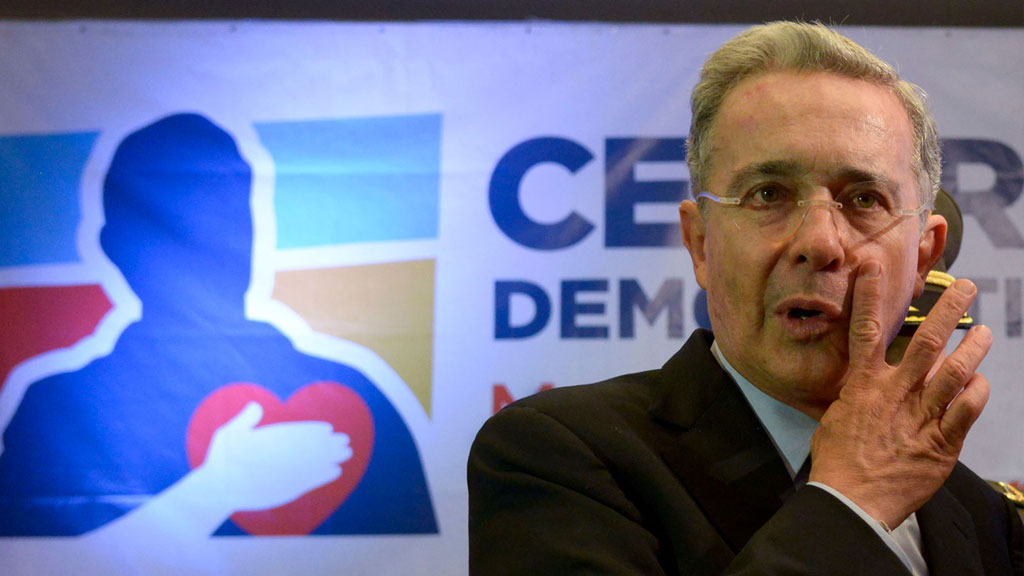 Colombia’s public prosecution asked the country’s Supreme Court to investigate former President Alvaro Uribe for the violent death of his former chief of staff in 2006.

Pedro Juan Moreno was one of Uribe’s closest aides until he died in a helicopter crash in the northwest of the country on February 24, 2006, days before congressional elections were held and months before Uribe was reelected president.

The crash was initially filed as an accident, but testimonies by several former leaders of now-defunct paramilitary organization AUC and conflicting official reports indicated that the helicopter crashed on purpose, converting Moreno’s death into a possible homicide.

According to the Prosecutor General’s Office, there is enough evidence that merit a criminal investigation in the alleged involvement of Uribe in the death of his former staff who has been accused of being the liaison between the politician and right-wing paramilitaries on numerous occasions.

Uribe can not be investigated for alleged crimes committed during his time as president between 2002 and 2010, but according to the Prosecutor General’s Office, the probe is part of an investigation of Uribe’s alleged complicity in a 1997 massacre when Uribe was governor of Antioquia.

According to the AUC’s former supreme leader, Salvatore Mancuso, Moreno was personally informed about the pending massacre by AUC founder Carlos Castaño.

Former Army General Rito Alejo del Rio, who is serving time for his ties to the AUC, told the court that the death of Moreno was no accident, but murder, a claim later confirmed by paramilitaries.

Uribe, currently leading the conservative opposition in the Senate, has seen a number of his closest aides and even family members disappear behind bars over ties to the AUC, a group accused of having carried out tens of thousands of human rights violations including homicides, massacres and rape.

Uribe’s cousin Mario was convicted for his paramilitary ties and Uribe’s brother Santiago is currently on trial for allegedly founding a paramilitary group in the 1980s.

The former president has consistently denied any wrongdoings and has claimed to be the victim of political persecution.