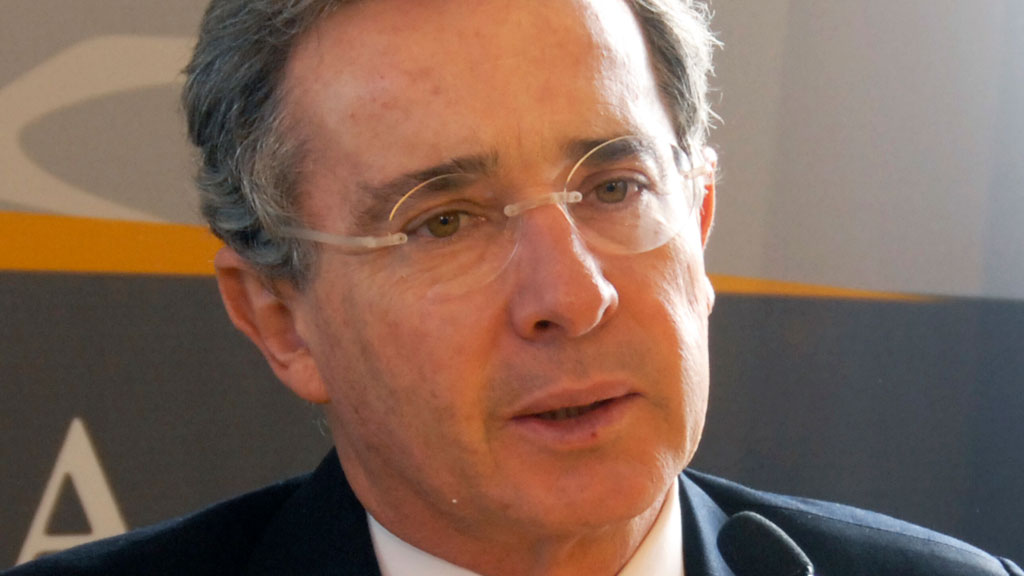 More staff of former Colombian President Alvaro Uribe are to be tried in the Supreme Court for alleged involvement in the wiretapping of that court, adding to the already mind-boggling number of top aides now in prison.

The head of the Court’s Prosecution Unit, Elka Venegas, is now in the final phase of collecting evidence against an array of Uribe’s former staff, who are being investigated on charges of conspiracy, unlawful violation of communications and abuse of public function, according to Colombian news source Semana.

The latest inquiry concerns unlawful involvement of Uribe’s former staff in the DAS wiretapping scandal, which unfolded in 2008 after opposition politicians, media and authorities discovered that Colombia’s now-defunct intelligence agency, the DAS, had been spying on the Supreme Court, journalists, human rights defenders and politicians.

The revelations led to the resignation of more than 33 DAS agents and more than a dozen of arrests, and the dismantling of the entire intelligence organization.

Among the top aides already in prison over the scandal is Uribe’s former Chief of Staff Bernardo Moreno, who was barred from holding office and convicted for conspiracy, unlawful violation of communications equipment, abuse of power and fraud.

Uribe has not been formally charged for the DAS scandal, but Congress has been conducting a preliminary investigation against the former head of state since 2010.

Among the main witnesses in these new investigations stand the former heads of the DAS Counterintelligence and Intelligence, Jorge Lagos and Fernando Tabares, who are both currently serving prison sentences for the scandal.

Who are the Uribe aides to be tried?

The Prosecution are to investigate their alleged involvement in a meeting in the Colombian government’s Palace office, where they attended along with other presidential officials to receive information that the DAS had illegally collected about the visit of a group of magistrates to Neiva.

A statement by Lagos also accused Uribe’s former Press Secretary Cesar Mauricio Velasquez of involvement on multiple occasions in discussions about the case of the magistrates.

At the first meeting, Velasquez handed over the results of the research undertaken about the Neiva trip, said Lagos. At the time, Velasquez claimed that he received this information as part of his duties as head of press, because several journalists had asked earlier about the travel of the judges.

The prosecution do not consider the former secretary to have been authorized to hold the information.

In the case of ex-presidential adviser Jose Obdulio Gaviria, the prosecution also relies on the statements of Lagos.

In the trial of Moreno and former DAS director Maria Del Pilar Hurtado, Lagos assured the Supreme Court that the serving senator pressured the DAS for inside information.

“Doctor Maria del Pilar arrived very shaken to the meetings in the Palace. I remember this time because there was such pressure on the DAS for the demands. She arrived and stood behind a desk, lit a cigarette and told me that she felt beaten, trapped and that she had been treated badly by Doctor Bernardo Moreno and Doctor Jose Obdulio Gaviria for not bringing results,” Lagos said in the October 2013 trial.

Others of Uribe’s former ministers under fire are Oscar Ivan Zuluaga and Luis Alfonso Hoyos for their involvement in a particular case of spying by a hacker, who was convicted for obtaining classified information on ongoing peace talks with the FARC while on Zuluaga’s campaign staff at the beginning of the 2014 elections.

Zuluaga was the challenger of President Juan Manuel Santos during these elections.

More Uribe aides to add to the tally

The former ministers were convicted for having offered political favors and positions to House representatives in exchange for the approval of a constitutional amendment which granted Uribe with a second term in office.

Former Agriculture Minister Andres Felipe Arias fled the country before he was sentenced to 17 years in prison for embezzling funds meant stimulate agriculture.

A second former DAS director, Jorge Noguera, is in prison for homicide, while Uribe’s former peace commissioner went underground after he was investigated over a staged demobilization of the fictitious FARC unit days before the 2006 elections.