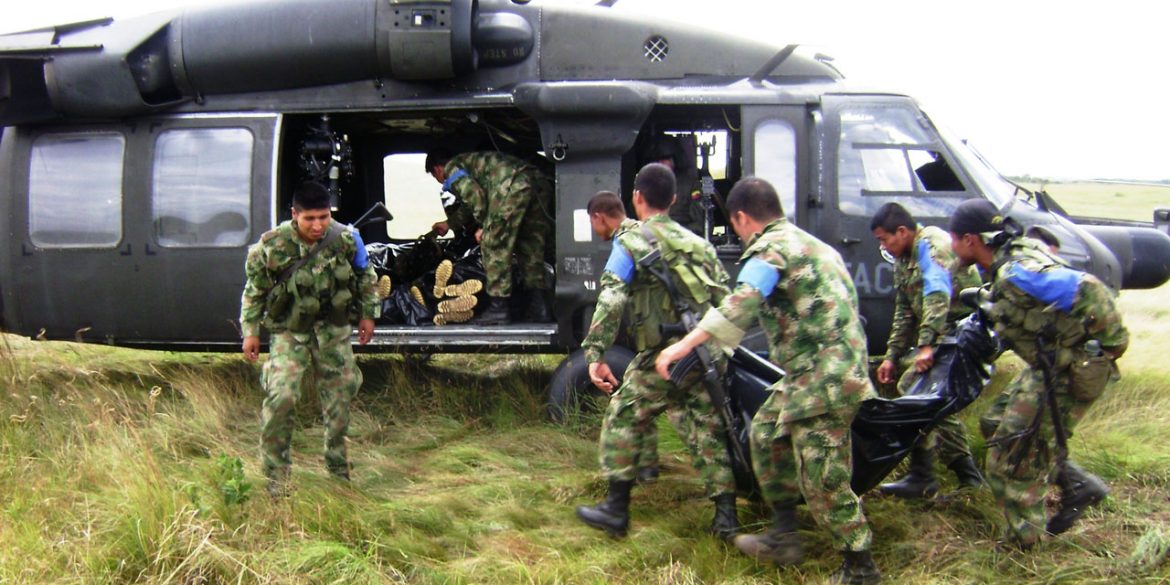 Colombia’s military executed far more civilians than guerrillas when former President Alvaro Uribe led the country between 2002 and 2010, according to new study.

The two researchers published their findings in the book “Extrajudicial Executions in Colombia, 2002-2010 – Blind Obedience in Fictitious Battlefields.”

This would mean that the majority of the 16,724 combat kills reported by the military between 2002 and 2010 were civilians, and not guerrillas as the Colombian people were made to believe.

According to Rojas, who presented the investigation in Medellin last week, the practice was a coordinated effort to mislead the country into believing that the military was winning the armed conflict.

In the 180 military units that are distributed in the country, people in uniform would sit down to determine where combat would be simulated, from where the boys who would be assassinated would come, who would execute the crime and from where the budget would come from for the purchase of weapons, munitions, pamphlets and computers.

The victims were mainly “young people, workers, unemployed, disabled kids.” However, the investigation also found that “soldiers, policemen, clergy and a foreigner” were assassinated to inflate the military statistics.

Many of the soldiers who took part in extrajudicial executions did so convinced they were saving the country, which is why you can’t single them out as the only perpetrators. We are all guilty to some extent because some gave the orders, others did the executions, and we applauded.

In spite of his shocking findings, Rojas said he has not lost his faith in the security forces he served for 30 years.

“My motivation as a policeman was to protect life. Now that I’m a sociologist I have the duty to investigate and share my findings with the public so it can create a memory and does not allow this to happen again,” Rojas told conflict website Hacemos Memoria.

Hundreds of soldiers accused of committing the executions are waiting to be called to trial before a transitional justice court and a truth commission that seek to clarify the tens of thousands of human rights violations committed by the military and guerrillas.

The International Criminal Court has warned Colombia that unless military commanders are called to justice they could be prosecuted in The Hague.