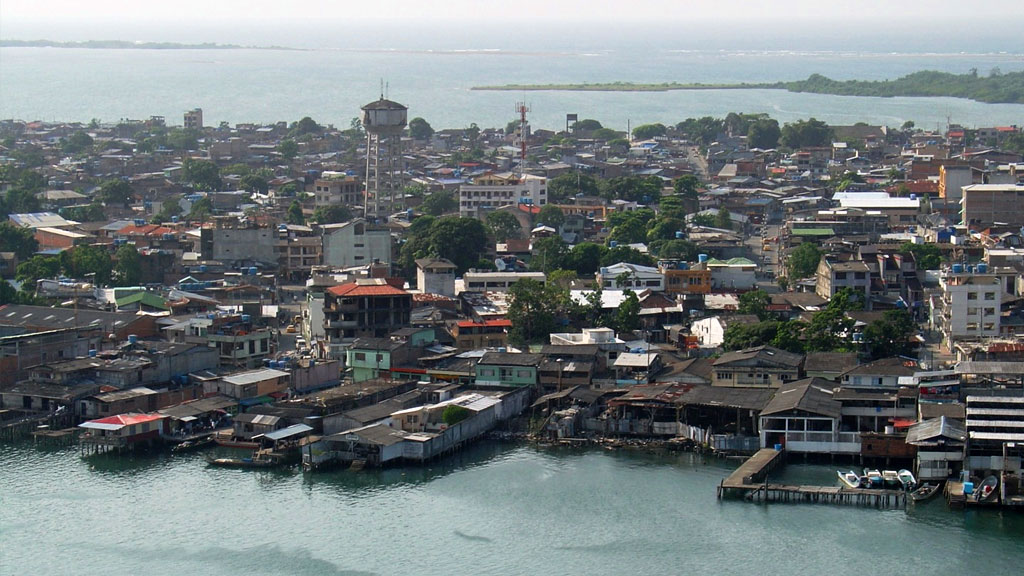 UN says 200,000 in southwest Colombia in ‘critical situation’ due to conflict violence

The 200,000 inhabitants of the southwest Colombian port town Tumaco are facing a “critical situation” amid increased guerrilla violence in and around the town, said the United Nations Thursday.

The UN’s Humanitarian Coordinator in Colombia, Fabrizio Hochschild, made a two-day visit to the country’s most southwestern municipality and returned with a report highlighting the far-stretching consequences recent attacks by FARC guerrillas have on the civilian population.

The town has been without potable water for days and fishermen are unable to fish after a FARC attack on an oil pipeline spurred what the government called one of Colombia’s worst environmental disasters in the past ten years.

“Beyond the limitations to access to water for the 160,000 people in the city of Tumaco and the 20,000 in the rural area, the indigenous and afrocolombian communities who live off the rivers and the estuaries contaminated by the oil spill suffer health complications, including respiratory and skin problems,” said Hochschild in his report.

The pipeline attack was just one in a series of attacks by the rebels who on May 22 suspended a unilateral ceasefire that was supposed to increase support for ongoing peace talks taking place in Havana, Cuba.

“This unprecedented social-environmental crisis adds to what the communities have suffered for years,” said Hochschild, claiming locals have denounced ‘poverty and the pollution of rivers by oil illegally extracted from the pipeline as well as the aerial spraying of coca crops with glysophate.”

In order to provide relief to the war-torn region, the UN official “makes an urgent call to the parties in Havana to adopt measures to deescalate the confrontation that avoid even more suffering of the civilian population.”

“The United Nations’ Humanitarian Coordinator again called on the warring parties to take steps for a definite end to attacks that affect the civilian population and the environment and reiterates his call to the parties in Havana to agree, as soon as possible, to possible measures to deescalate the armed conflict that could be a step towards a bilateral and definitive ceasefire within the framework of the peace talks,” said the UN representative.

Last month Hochschild asked parties to “rethink” proceeding with the talks while fighting continues. The UN representative questioned the utility of continuing the dialogue in Cuba while the groups are actively fighting each other, stating that continued hostilities are undermining public confidence in the peace process that’s been in progress in Havana, Cuba since December 2012.

Despite the recent uptick in violence, negotiations between the government and the FARC continue.