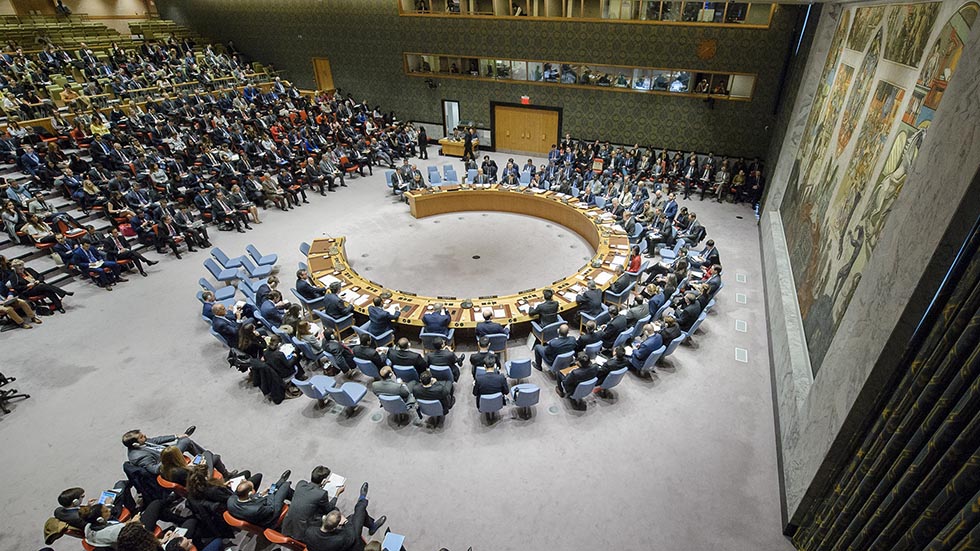 The United Nations Security Council has agreed to continue monitoring and verifying Colombia’s peace process for another three-years amid security concerns related to the FARC‘s political and social integration.

Since the peace process began on December 1, at least 37 social leaders and several FARC guerrillas’ family members have been killed primarily be paramilitary groups that formed during and after the demobilization of paramilitary umbrella organization AUC.

Additionally, three people were killed in a bomb attack on a Bogota mall in what could be a spoiler attack.

There lie some of the most immediate and pressing challenges for the consolidation of peace.

“We strongly support the sending of a second mission to Colombia,” Sweden’s ambassador to the UN and former ambassador to Colombia at the height of the conflict in the late 1990s, Olof Skoog said ahead of the vote.

This means that the three-party verification mechanism consisting of the UN, the FARC and the government on violations of the peace treaty will continue to remain in force also under a new government that is elected next year.

In the 2018 congressional elections, the FARC will have its first five guaranteed seats in both the Senate and the House on the condition candidates are cleared of war crime allegations.

Eighty percent of Colombian distrusts the justice system, according to the latest Gallup poll. Only 27% believes the peace process will deliver on its promise to clarify war crimes and repair the country’s 8 million victims left by a multitude of actors, the pollster said last week.

A transitional justice system is currently put in place to investigate these crimes that does not just implicate the FARC, but, according to the prosecution, also 24,500 (former) state officials and almost 12,500 individuals and companies suspected of “sponsoring terrorism.”

The 52-year war, and in particular the drug trafficking that has fueled the violence over the past 35 years, has excessively corrupted the country’s state system with an almost absolute impunity rate for war-related crimes, according to Prosecutor General Nestor Humberto Martinez

Among the implicated officials are top members and retired members of the military and numerous prominent politicians, including former President Alvaro Uribe, whose Democratic Center party will “shred the fucking deal to pieces” if it wins next year’s elections, according to one senator.

Oh darn, we forgot the paramilitaries

More than a political risk, Colombia is facing ongoing security risks from drug trafficking illegal armed groups like the Gaitanista Self-Defense Forces of Colombia and the ELN.

No more than 34% of Colombians believe that the peace process will allow the country to live in peace. Even less, 25%, believes there will be no more violence of political nature.

After peace talks in 1985 allowed the FARC to take part politically, thousands of FARC members and supporters of their political participation were assassinated by a previous generation of paramilitary group and state officials.

As stressed in the reports of the Secretary-General, reintegration is a particularly daunting endeavor against a background of entrenched illegal economies, the spread of armed groups – including organized crime and FARC dissidents – into areas formerly controlled by FARC-EP, and a pattern of violence against social leaders. One of the merits of the 29 May roadmap is to lay out clearly a number of priorities relating to the legal, physical and socio-economic security of members of FARC-EP. No effort can be spared in the prompt implementation of that agenda.

Additionally, Colombia’s state system — beyond corruption from drug trafficking — is systematically or even systemically corrupt and weak, which has long benefited an exclusive elite of local political dynasties.

To curb this age-old phenomenon and make the country’s political system more inclusive, far-stretching political reforms were agreed in the peace deal.

The three-year mission means that the next government, will rule without international supervision for two years.

In total, Colombia’s peace process is supposed to take 10 years.