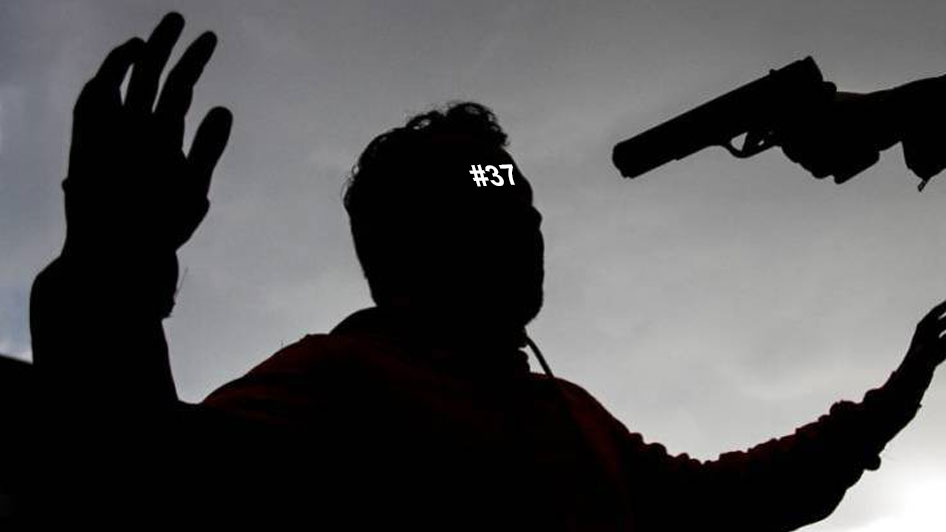 Between a peace agreement with Colombia’s government and the disarmament of the country’s largest guerrilla group FARC, 37 social leaders were assassinated in the country. Many others remain under imminent threat.

News website Pacifista.co has kept an increasingly grim count of the wide variety of social leaders who have been killed in an eerily similar pattern to that of the 1980s and 1990s when thousands of members of the Marxist Patriotic Union Party were killed.

Some of the social leaders killed since the peace had received death threats from paramilitary groups like the Gaitanista Self-Defense Forces of Colombia (AGC) or the Aguilas Negras. In many cases, there is no suspected perpetrator.

The last leader to be killed before the last FARC guerrilla handed in his weapon was Mauricio Fernando Lopez, a leader of the teachers union of the Valle University where he trained the university soccer team.

In front of family members, a group of hooded men entered his home, gagged him and dragged him away. A few hours later his apparently tortured body was found just miles from his home.

According to the US-based human rights organization Washington Office on Latin America, a number of leaders and communities remain under imminent threat while authorities fail to effectively provide security to some.

In one case, the Colombian National Army is even accused of colluding with the AGC.

Afro-Colombian Leader Attacked and Others Remain at Risk (Nariño)

The National Conference of Afro-Colombian Organizations (CNOA) reported that Afro-Colombian community leader, Peter William Cortes Mosquera is recovering from an assassination attempt. Mr. Cortes Mosquera, the legal representative for the Palenque Afro Urbano of Tumaco was attacked by unknown men who utilized a baseball bat at his home in Tumaco. He is in a coma after having received various blows to the head and his outer extremities. This attack comes after another leader, Victor Castillo, was shot to death in Panama neighborhood, Tumaco. According to press reports, another six leaders are under threat.

Colombia’s military has embarked on a major reform to effectively respond to the paramilitary phenomenon older than the armed conflict with the FARC.

Additionally, several “normalization and stabilization” units have been formed to curb with violence that has been hitting communities particularly in abandoned FARC territory.

Additionally, the National Police and Prosecutor General’s Office have activated elite units to effectively dismantle the clutter of structures tying drug trafficking and paramilitary groups to both private enterprises and politicians, some of whom would go back to the heydays of the Medellin and Cali cartels and with national elections within a year.

Apart from these older political/criminal/economic structures, the authorities must confront at least two significant groups of FARC dissidents and an unknown number of relatively tiny splinter groups of guerrillas who have refused to take part in the ongoing peace process.