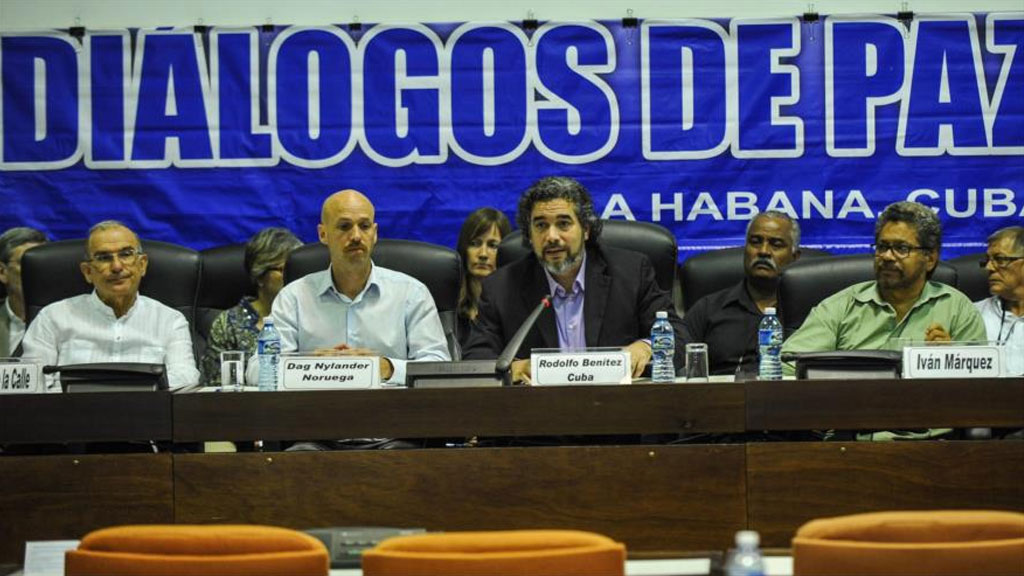 The Colombian Government and rebel group FARC announced on Thursday that they will set up a Truth Commission if a peace deal is reached to end more than 50 years of violence.

Guarantor country representatives from Norway and Cuba announced the agreement on behalf of the government and FARC delegates who have been negotiating a peace deal since November 2012.

According to the statement, the commission will be independent, impartial and would make sure to hear from all sides of the conflict, particularly victims.

The commission will not have the authority to impose sentences, nor will it be allowed to provide information to judicial authorities.

Instead, the commission will aim to achieve a broad understanding of the complexity of the conflict, recognize its victims and guarantee Colombians they will never again have to go through a conflict like the one that’s been ravaging the country for the past 51 years.

All information obtained by the commission will be shared with the public and the government will be responsible for ensuring that the Commission has access to public media in order to allow this.

The government will also be responsible for securing the safety of the commission members and those who testify before them.

The commission will consist of 11 members who will be elected in a process that will “ensure legitimacy, impartiality and independence” to all of Colombian society, in particular the victims.

The members of the Commission will be elected by nine representatives; The government and the FARC will elect six of them while the remaining three will be delegates from independent organizations.

Following the signing of a peace deal, there will be six months to elect the commission members, after which the entity will hold hearings for three years and present a final report.

A committee comprised of representatives of different sectors of society including victim’s organizations and human rights collectives among others will monitor the implementation of recommendations and the fairness of the commission. This secondary committee will establish time frames and provide periodic reports that will be shared with the media.

President Santos expressed his thoughts on Twitter stating “We celebrate the agreement in Havana of a truth commission. An important step. We need to keep advancing on other points.”

The analyst Leon Valencia said in the same social network that FARC leaders Ivan Marquez and Pastor Alape had reason to claim that the “Truth Commission is the outcome of differences over justice and political responsibilities”.

Democratic party representative Pierre Garcia furthermore responded by stating “truth commission approved in Havana is part of another political spectacle”. He claimed the guerrillas need to show remorse and that the Commission “must ensure there is no impunity for terrorists who for years have violated human rights”.

The two teams are currently negotiating how to compensate the victims, how to achieve justice for the tens of thousands of crimes committed by both parties, and how to reintegrate demobilized FARC fighters in the event of a final deal.

The announcement of the Truth Commission is the first sign of progress in the peace talks that for months have been overshadowed by mutual military attacks.