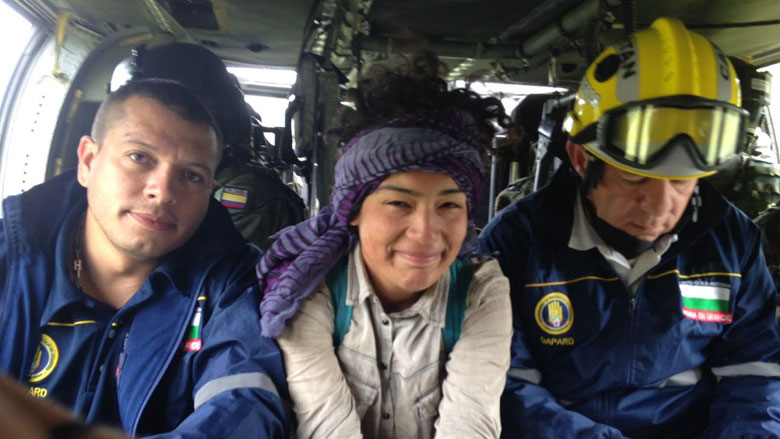 A Chilean tourists was rescued by authorities in northwest Colombia on Sunday after a three-hour walk in the forest had become a four-day quest for survival.

Chilean Nicole Rios was found in San Carlos, a rural municipality in the Antioquia province on Sunday, five days after she had left her hostel at Guatape, a nearby tourist hotspot.

According to Antioquia Police commander Giovanny Buitrago, the tourist was found in the wilderness some 5 miles from her hostel in relatively good health, but suffering dehydration.

Rios got lost during a walk from the Kayam hostel to the nearby Paramo Hill on Tuesday, informing staff she would be away three hours, Medellin newspaper El Colombiano reported. 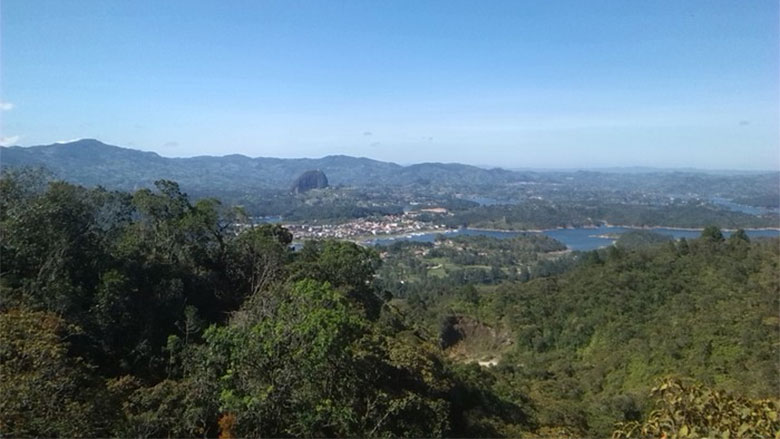 View on the Guatape reservoir from the Paramo Hill (Image credit: Wikiloc)

When the tourist failed to return, hostel personnel alerted the authorities. However, when this happened and why it took two days for authorities is unclear.

On Thursday, the local police department, the fire department, rescue teams and reportedly even the Air Force were looking for the missing tourist.

A day before, Rios had found an abandoned cabin in the woods where she stayed in the hope alerted authorities would find her, but without luck.

I knew they were looking for me, I wanted to believe that. I stayed there two or three days. I ran out of food and couldn’t hear helicopters and I told myself that I probably had to save myself. So I continued walking.

On Saturday morning, Rios decided to leave a safe space and walk back into the woods again, hoping to be found or to find someone.

Before leaving her cabin, she left a text for possible rescue workers indicating she was alive and looking for help. 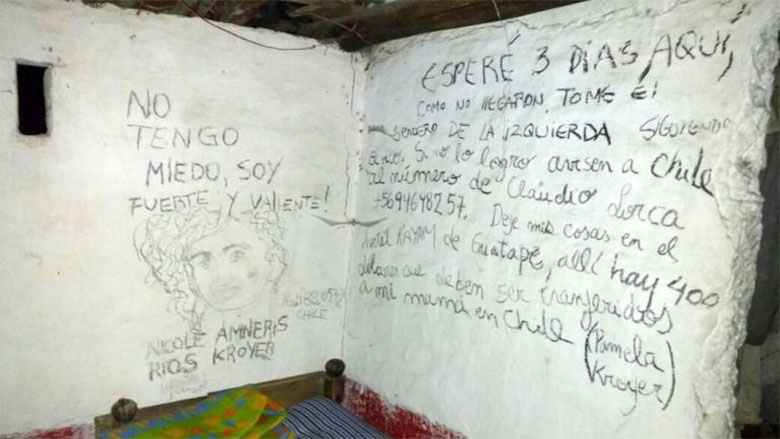 Saturday around 4:30PM, just two hours before nightfall, the lost tourist was lucky and met her first human being in four days.

A gentleman found me. I don’t recall his name right this instant, I am sorry. But he stayed with me the entire night and I believe he was able to warn the others.

The unknown man notified the police almost immediately. However, according to the police commander, the rescue operation was suspended at 6PM due to adverse weather conditions, leaving the tourist another night in the cold and humid forests or eastern Antioquia.

At 7AM Sunday morning, rescue workers were able to reach the exhausted Rios.

Immediately after her return her to civilization she was taken to hospital from where she could call her terrified family.

“Mom, I am here now and nothing can harm me anymore. Your love kept me strong. Don’t cry, mom, I am fine.”

After medical evaluation, Rios would be flown back to her home country, according to El Colombiano. However, not for good if it depends on Rios.

“I would like to go back, although I don’t feel as bold anymore. Maybe I’ll do it later, but with GPS and more carefully,” she told the Medellin newspaper smilingly.