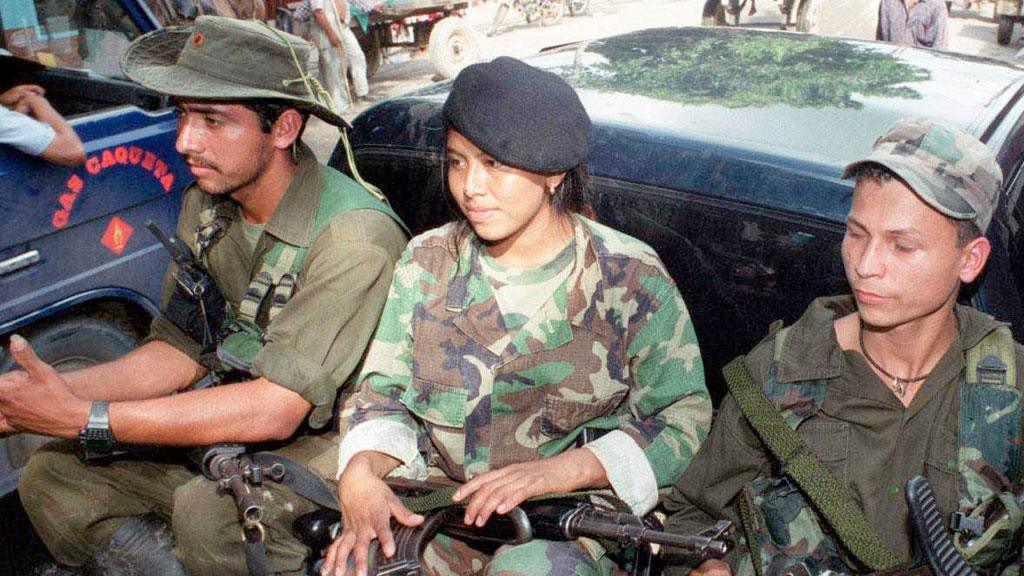 Illegal armed groups in Colombia have recruited 119 minors in 2014, the country’s Ombudsman’s Office said on Tuesday.

According to the government’s human rights office, guerrilla group FARC — currently engaged in peace talks with the government — allowed 51 minor into its ranks, while the smaller ELN group recruited 22.

Drug trafficking organizations and groups that were formed from the demobilized AUC paramilitary group recruited 55. The office did not report specify the number of recruits per group.

“The number may be higher if you take into account that the majority of these cases take place in rural areas where victims do not have the opportunity or guarantee to access justice or the authorities to report such acts,” said vice-Ombudsman Esiquio Sanchez.

The youngest reported recruit was only eight years old.

The official said that the recruitment of child soldiers is most prevalent in conflict-ridden states like Cauca (southwest), Arauca (northeast), Antioquia (northwest), and Huila (south). All these states have a strong presence of guerrilla groups FARC and ELN. Antioquia additionally is a hotbed of both neo-paramilitary and guerrilla activity.

Earlier this year, the Ombudsman’s Office warned that illegal armed groups were trying to recruit children in 153 of Colombia’s more than 1,000 municipalities throughout 28 of 32 departments.

MORE: Children in Colombia at a high risk of being recruited by armed groups: Ombudsman

According to the Ombudsman’s Office, newly recruited child soldiers are generally used for the transport of drugs, extortion pick-ups and even contract killings and in some cases suffer sexual abuse.

The recruitment of minors, also if a child soldier voluntarily enlists, is a crime against humanity.

Sanchez called on all illegal armed groups to leave the civilian population of Colombia out their conflict with the state or when committing crimes. The official called on state authorities to extend the necessary guarantees to protect minors from recruitment.