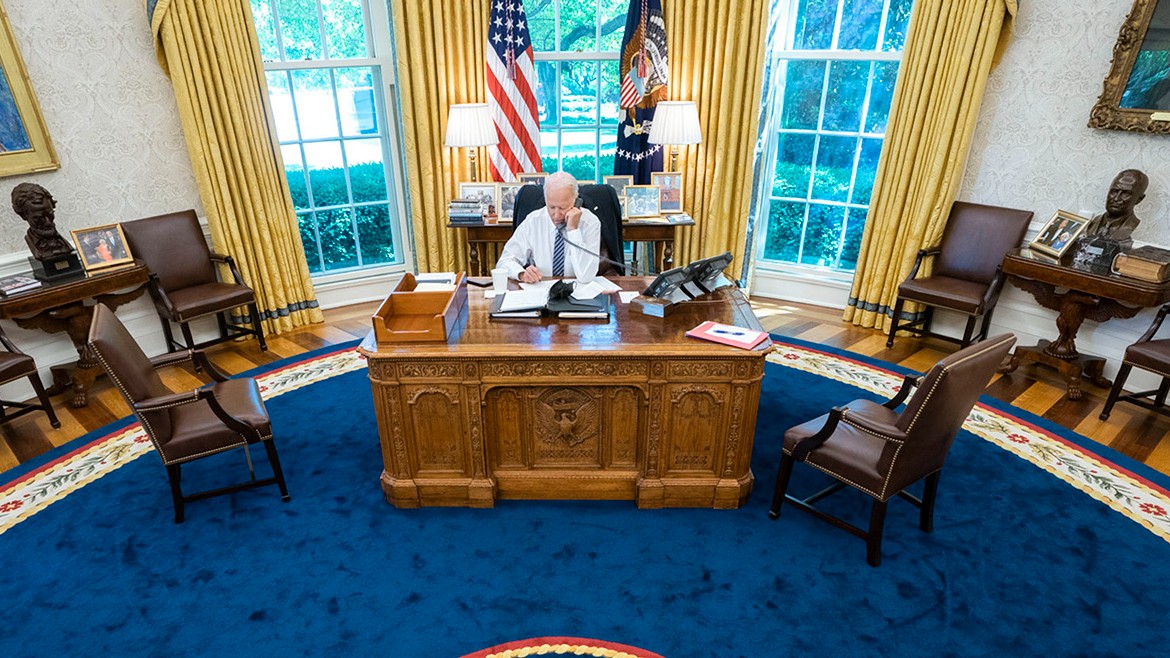 The PR people of US President Joe Biden and his Colombian counterpart Ivan Duque failed to present coherent accounts of the two leaders’ first call on Monday.

The press secretaries of both presidents coincided that Biden pledged to send 2.5 million US-made COVID-19 vaccine shots to Colombia, which Duque called a “beautiful gesture”.

The US president also condemned a shooting that damaged the presidential helicopter last week.

The accounts of the White House and the Palacio de Nariño about talks concerning ongoing anti-government protests were significantly different though.

While the US government’s propaganda office stressed the American president’s support for “the rights of peaceful protest,” Duque’s PR aides claimed Biden primarily supported authorities that are accused of killing dozens of anti-government protestors since late April.

Biden also voiced support for the rights of peaceful protestors, underscored that law enforcement must be held to the highest standards of accountability, and condemned wanton acts of violence and vandalism.

His support for our national institutions and also those shared values of protecting peaceful protest as a right, as well as acting with law and order in the face of acts of vandalism or urban terrorism.

The discrepancies in spin illustrate the troubled relations between the two traditional allies that began after the US Government accused Duque’s far-right Democratic Center (CD) party of trying to meddle in the US elections last year.

The meddling allegations contributed to Biden’s reluctance to call his Colombian counterpart, which is highly unusual.

Duque additionally left out the two leaders’ alleged talk about a “holistic approach to drug trafficking” after the US Office of National Drug Control Policy confirmed claims by the United Nations that potential cocaine production in Colombia reached its highest level in the history of drug trafficking.

Duque, who was elected in 2018 with the help of a drug money launderer, omitted to mention his disastrous drug policy that is partly financed by the US Government.