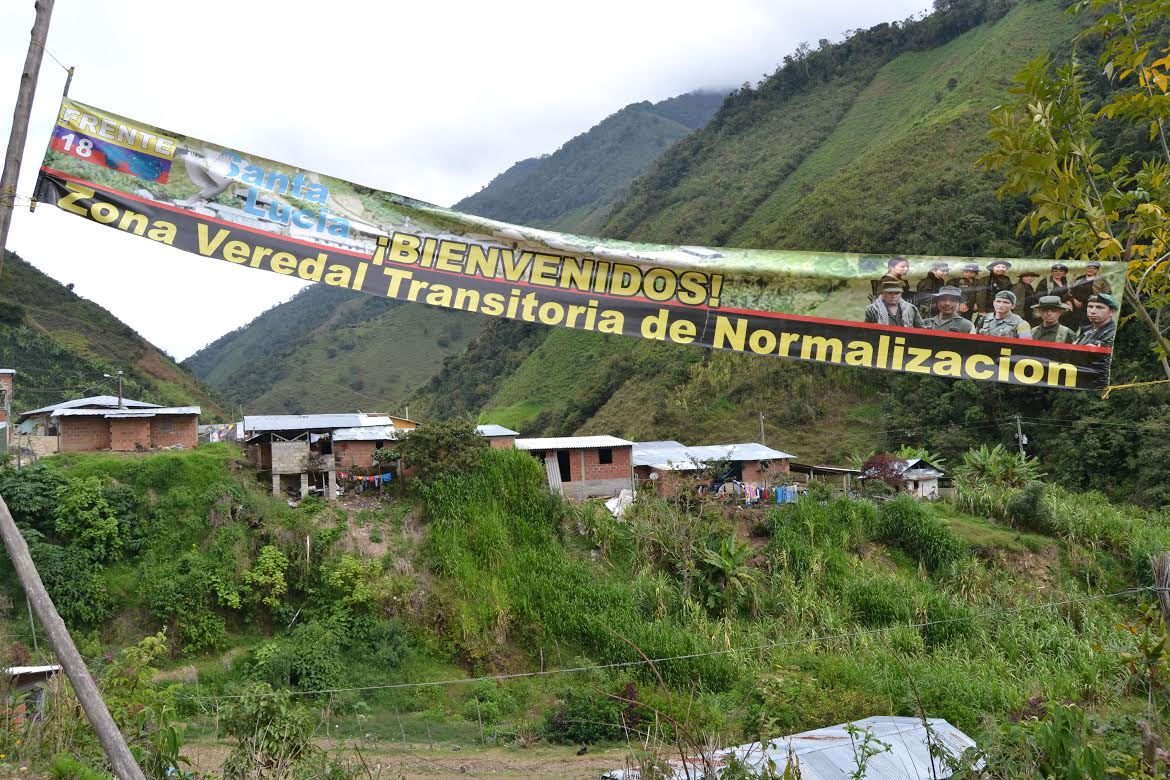 The deadline for the first phase of the demobilization of Colombia’s FARC rebels looks to be in doubt after several delays in the process caused by the government.

Wednesday, March 1, was designed as an important day in Colombia’s peace agreement with the demobilizing rebel group due to surrender 30% of their weapons to the United Nations.

However, with just one day to go, it is still not certain that this will actually happen with neither side releasing specific details about the logistics for deadline disarmament.

“We are ready to begin disarmament March 1, but this is a ‘give and take’ of two parties and we hope that the State will also comply,” guerrilla leader Pablo Catatumbo told to El Tiempo on Sunday.

The last FARC fighters arrived to the special demobilization zones only on February 19, almost two months later than planned and they found the camps – the government’s responsibility – were not finished.

The organization of the next phase of the FARC disarmament is off track too. It is not clear how many weapons are supposed to be handed over, nor how many FARC guerrillas are actually going to demobilize.

Although some 6900 men and women are already in 26 transition camps, the FARC did not deliver the full list of its members.

The government’s Office of the High Commissioner for Peace had received a list of 6233 guerrillas, but it soon turned out that it had huge gaps, such as not registering most pregnant women within the rebel group.

There have been significant delays in the implementation of the peace deal between the guerrilla movement and the Colombian government that was signed last November.

According to the schedule agreed in Havana, the FARC fighters should have gathered in special demobilization zones by the end of 2016.

The FARC’s heavy weaponry and militia members transport weapons should have been delivered to the transition camps under the UN supervision by the same time.

A month later, FARC’s explosives that could not have been transported should have been destroyed.

The FARC should hand over 30% of their arsenal on March 1 and further 30% by the end of that month. The groups disarmament should conclude by June 1. The weapons are to be melted and the material used to build three memorials to the victims of the conflict.

Unlike regular armies, the FARC did not have an exact database of its fighters and weapons. Their registration could begin only when all were gathered in the demobilization zones, reported Semana magazine

Due to these delays, the Head of the UN Mission in Colombia Jean Arnault suggested that while upholding the deadline for the complete disarmament of the FARC, its individual phases should be rescheduled.

The guerrilla group welcomed the proposal, but the government reacted angrily, scolding the UN Mission for its failure to prepare the containers for the storage for the FARC’s weapons.

Despite the problems that the demobilization process is facing, the government insisted that the disarmament process will go ahead on Wednesday as planned.

Colombian Foreign Minister Maria Angela Holguin acknowledged during the United Nations Human Rights Council session on Monday, that there had been hurdles on the way to the implementation of the peace deal, but maintained that “the agreed deadlines will be met”.

However, the spokeswoman for the UN Mission in Colombia, Carolina Azevedo, told Colombia Reports that negotiations were going on between the FARC and the Colombian government about what will actually happen on Wednesday.

At least the 322 FARC members who participate in the Mechanism of Monitoring and Verification of the cease-fire in Bogota and the disarmament sites are likely to turn in their weapons.

These should be followed by the 320 guerrillas who will be authorized to leave the demobilization zones in order to explain the peace agreements or travel nationally to deal with related logistical and coordination tasks.

It was expected that the government receive the list of these FARC members last weekend.

The remainder of the 30% of the weapons should get into the UN Mission’s hands during the first days of March, probably by the 10th, a source involved in the process told El Tiempo newpaper.

The situation ahead of Wednesday’s deadline remains unclear with growing frustration within the FARC at the failure of Colombia’s government to live up to the promises made in the peace accord regarding the conditions in the camps and the demobilization process.

For many international observers, the time scheduled for the FARC’s disarmament was too short.

In Northern Ireland, it took five years for its armed movement, the IRA, to disarm and Colombia’s own paramilitary group, the AUC needed almost two years to do the same.