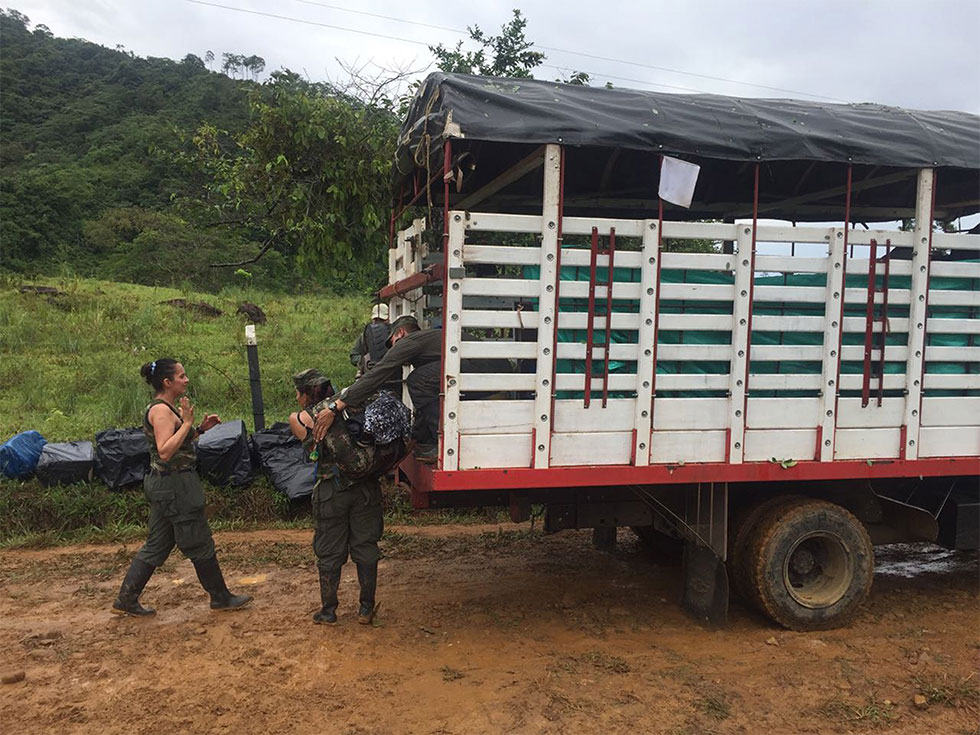 The commander-in-chief of the Colombia’s Marxist-inspired FARC on Monday criticized the government for not completing food deliveries to the areas where the rebels are demobilizing.

Rodrigo Londoño, a.k.a “Timochenko”, released a statement on Twitter saying that food has not arrived in various demobilisation zones around Colombia.

“Food has not arrived in various zones for four days, if hunger didn’t defeat us in the war, neither shall it in peace,” said the rebel leader.

Furthermore, international news network Telesur reported that much of the food that does arrive is not in a fit state to consume and is rotten.

Other members of the FARC reiterated Timochenko’s frustration at the Colombian government’s failure to honor this task.

Carlos Antonio Lozada, part of the FARC’s peace delegation stated on his Twitter account “They do not release prisoners, they do not complete construction, no food arrives, nor do they allow visits to the zones.”

As part of the peace deal signed by the FARC and the Colombian government, the government authorities must handle logistics in the demobilized zones which includes the delivery of food rations to the demobilized guerrillas.

Colombia’s government has come in for severe criticism for their inability to live up to their part of the agreement whereby suitable demobilization areas would be constructed to facilitate the rebels, a source of major tension between the two sides.

The FARC’s concentration in these transitional zones was initially set for December 31, but was pushed back to January 31 when the government failed to set up the camps where guerrillas are meant to hand in their weapons.